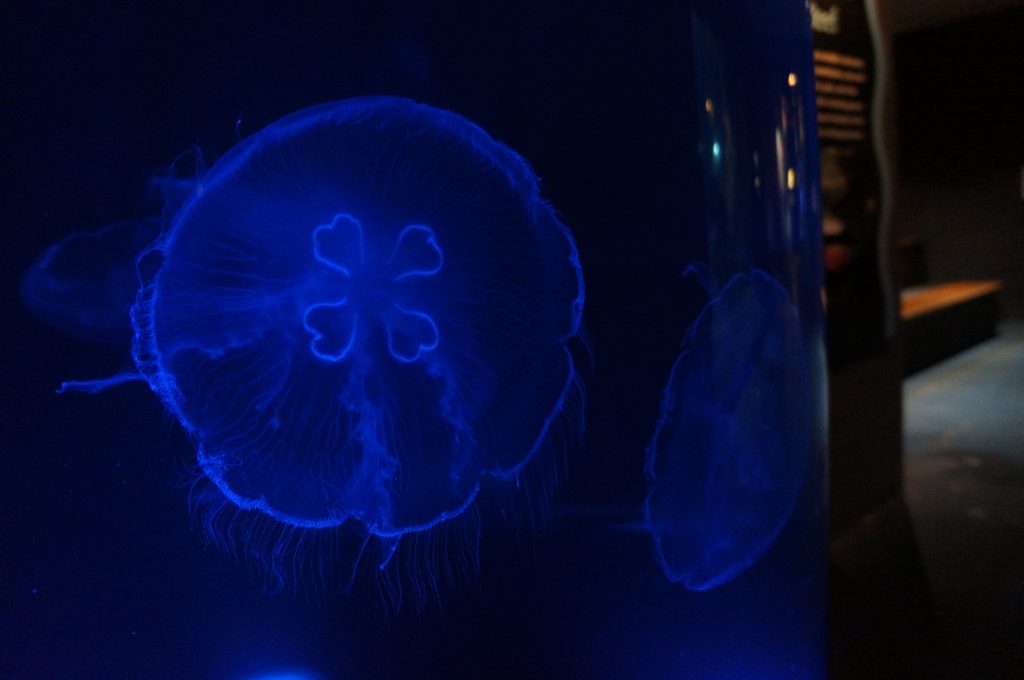 We had SO MUCH time before our 8 am whale watching, that we kind of dilly dallied. I wanted to hurry OT along, but I didn’t want to ruin the easygoing nature of the holiday by nagging. Our Uber got stuck behind a van loading a million pieces of luggage (I later learned military stationed there are moving their whole world there, hence the insane amounts of luggage). I got a call from the whale watch captain telling us we were running late and they had to set sail. He kindly rescheduled us for the 3 pm whale watch.

We didn’t really know what to do, so we headed for the beach conveniently located just one block away. The sky suddenly opened up and it was pouring. So we took another Uber a few city blocks to the aquarium. I always go to aquariums when I travel, and I’m sorry to say that Waikiki has a crappy aquarium. The octopus and seal exhibits were closed, so maybe that’s part of it, but I am becoming more and more against keeping sea mammals in captivity, so it’s probably for the best. After seeing “My Octopus Teacher” I’m not sure I even want to see octopi in captivity. Still, there were some nice saltwater fish and cool jellies. This fish has arms! 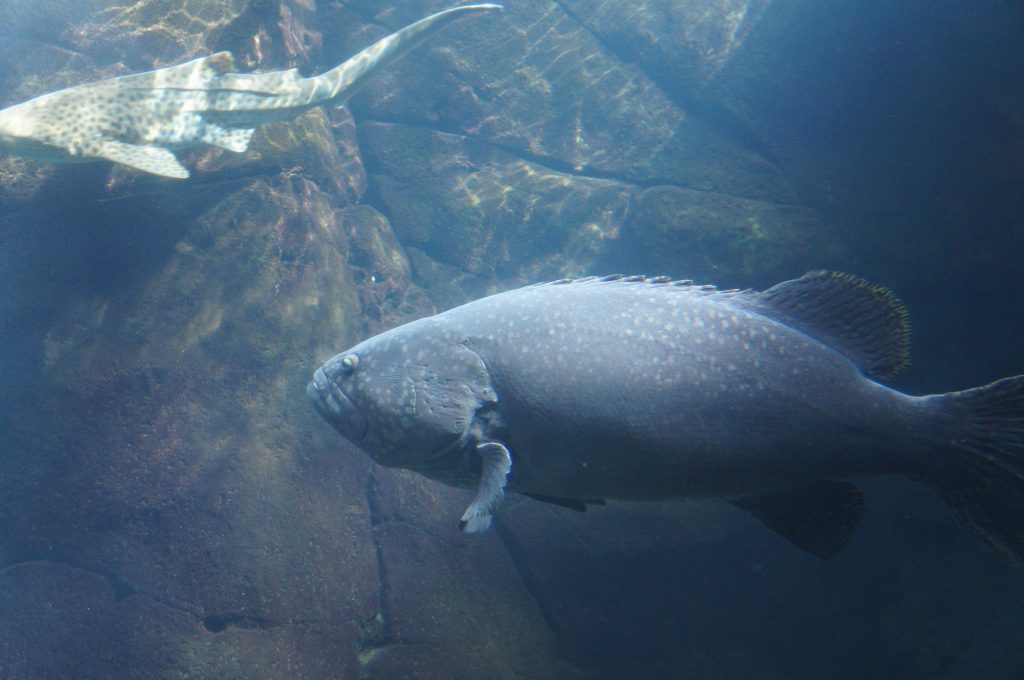 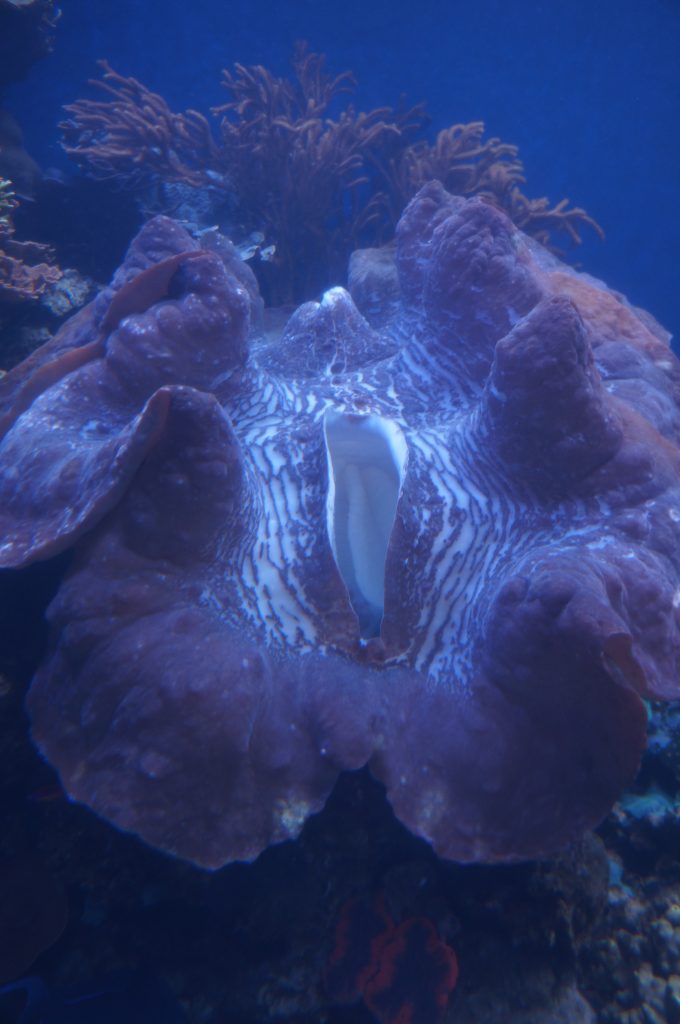 We got into an Uber, and the young woman driving decided that the thrift store we wanted to go to was inferior to one she knew of in the opposite direction, so she drove around for a while before deciding that it must have closed down. Then she drove us up into the hills, pointing out a house, “That’s where my dad lived.” It was bizarre and I was relieved when we were dropped off at the correct shop. Oliver said, “She was like a space alien who just got here and is still trying to figure out how things work.”

We went to a thrift store to pick up discount Hawaiian shirts and I was hoping for some tiki stuff, but didn’t find much, then we hit up a nearby mom and pop hole in the wall I had scoped out for Pho. Oliver ordered an interesting roll-your-own summer roll platter. I warned him that the wrappers fall apart easily, and he told me that he makes them for every party they have. The things you learn about people on vacation… 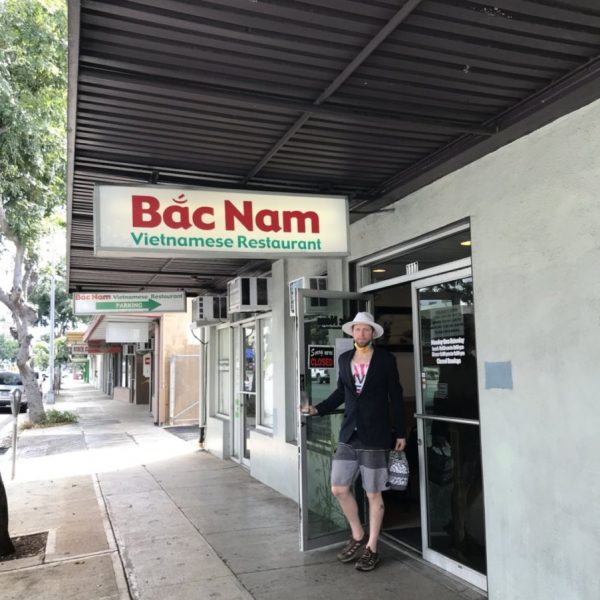 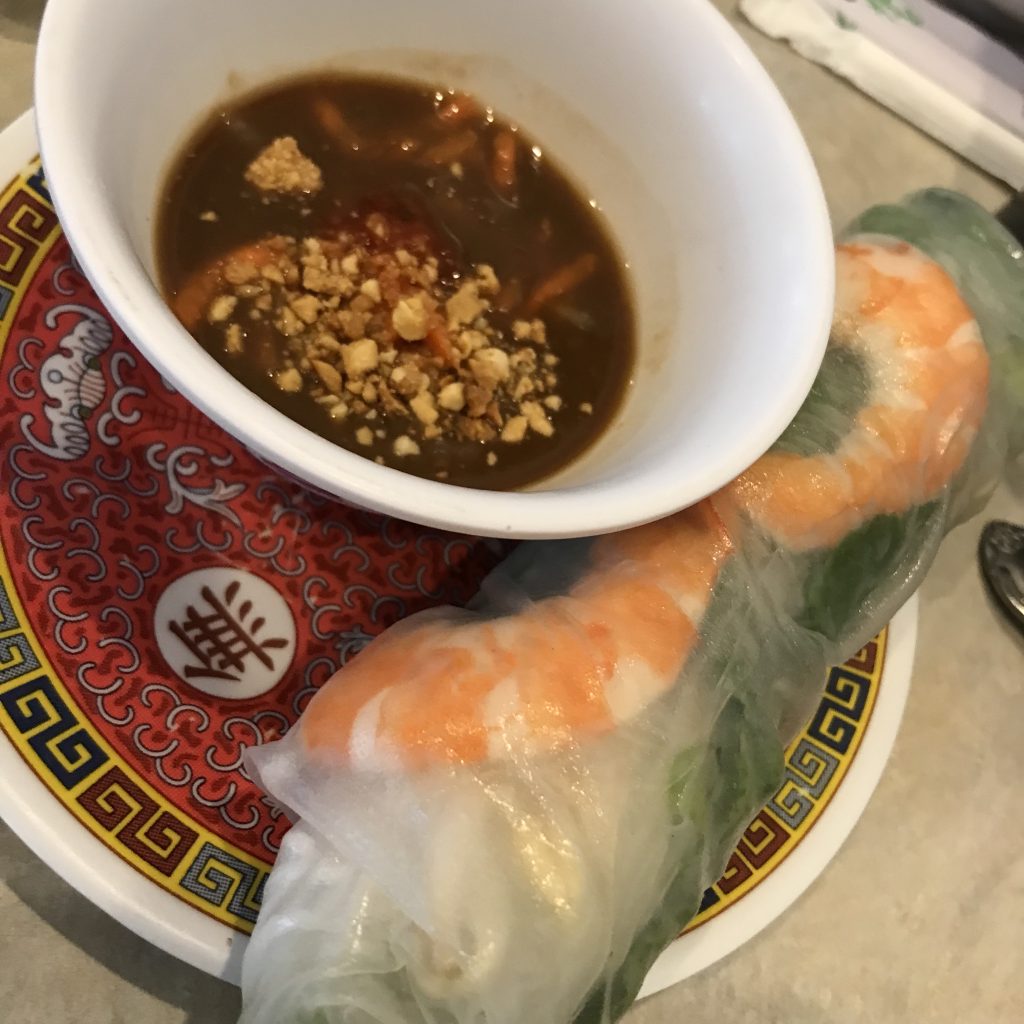 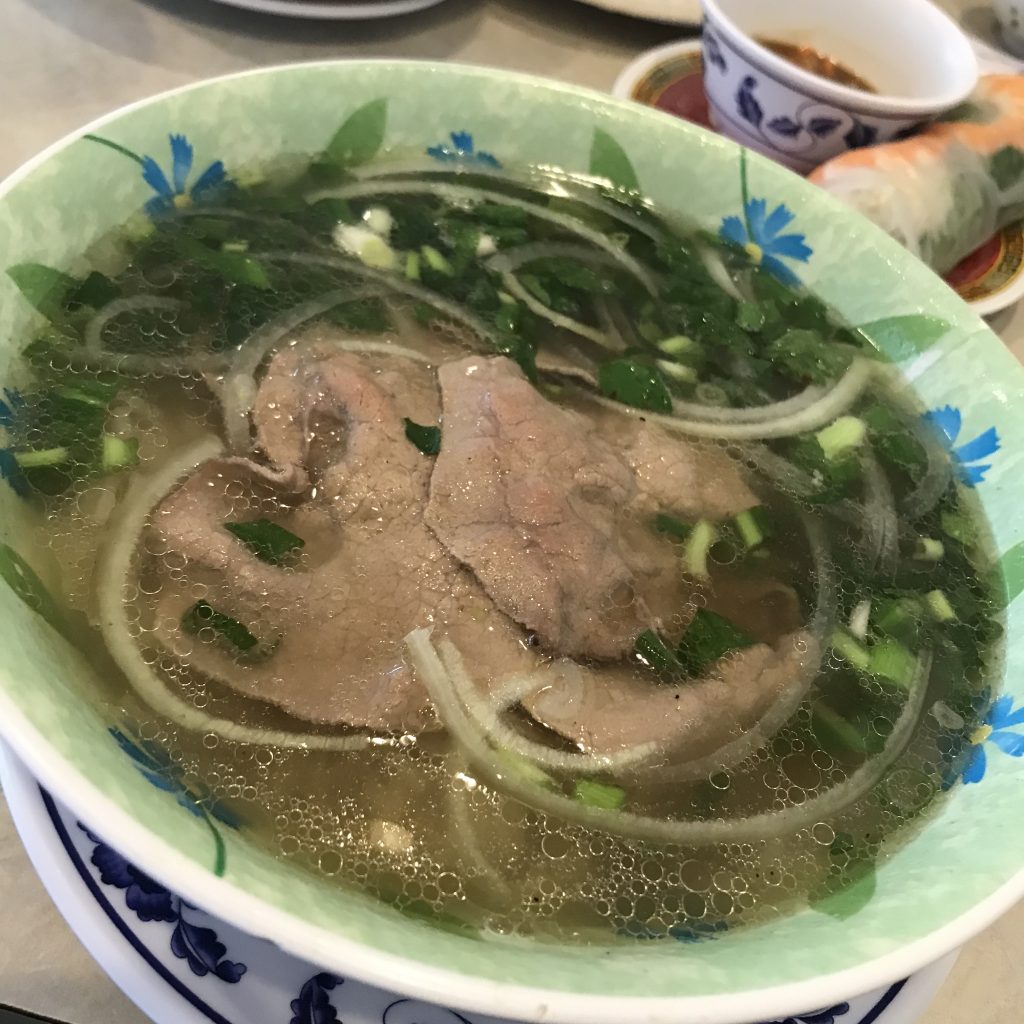 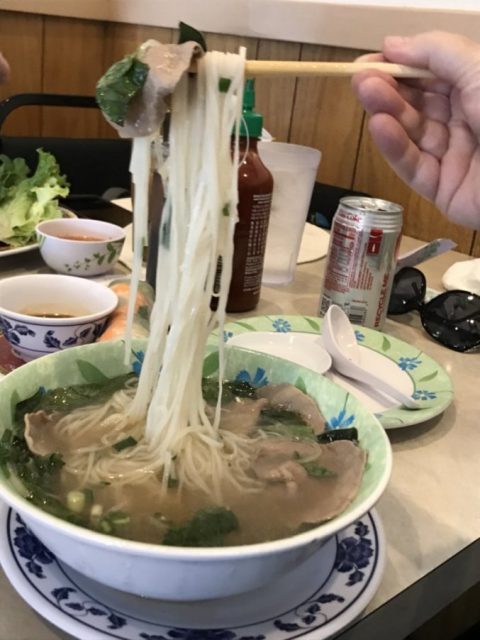 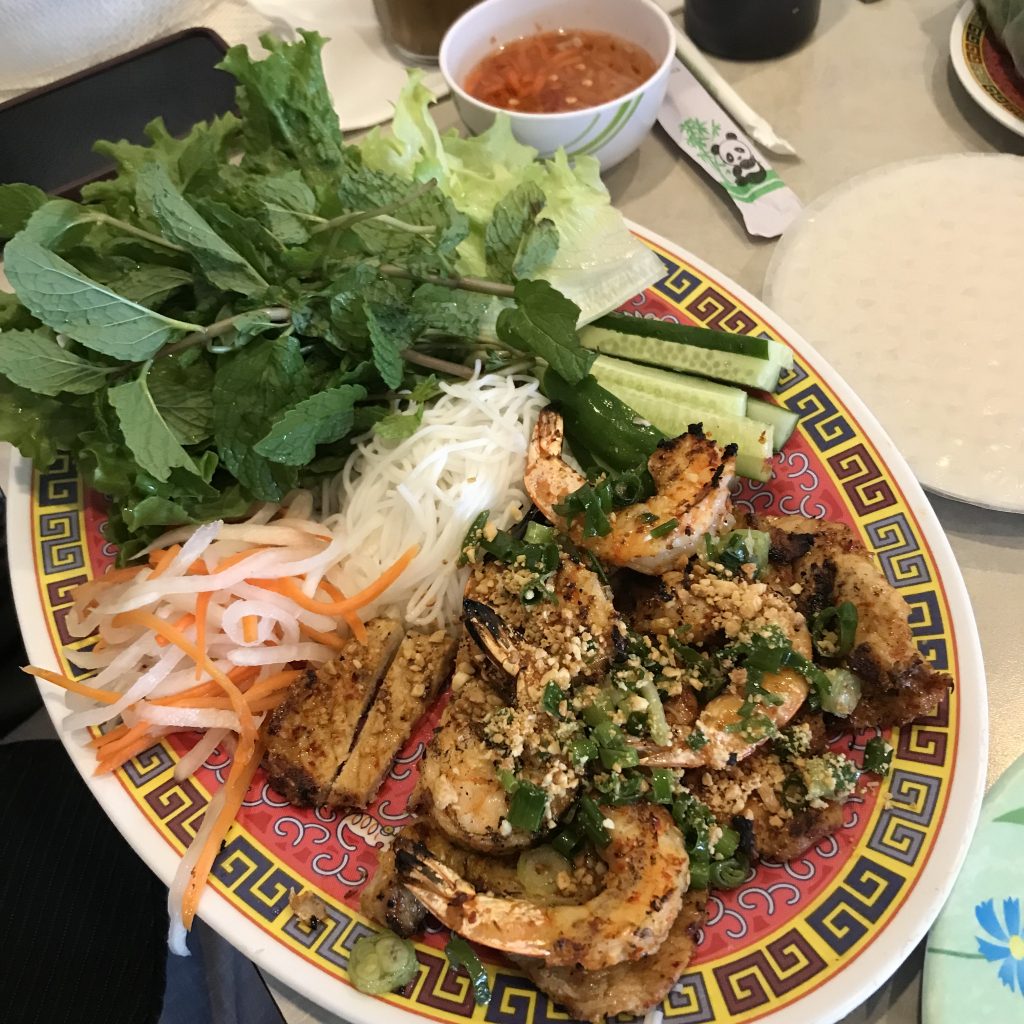 Apparently, we made a mistake by not ordering the crab curry, but sometimes you just have to go with your faithful standbys. Now I have a reason to go back!

This entry was posted in aquarium, Hawaii. Bookmark the permalink.