Oahu Tuesday: A Whale of a Tale 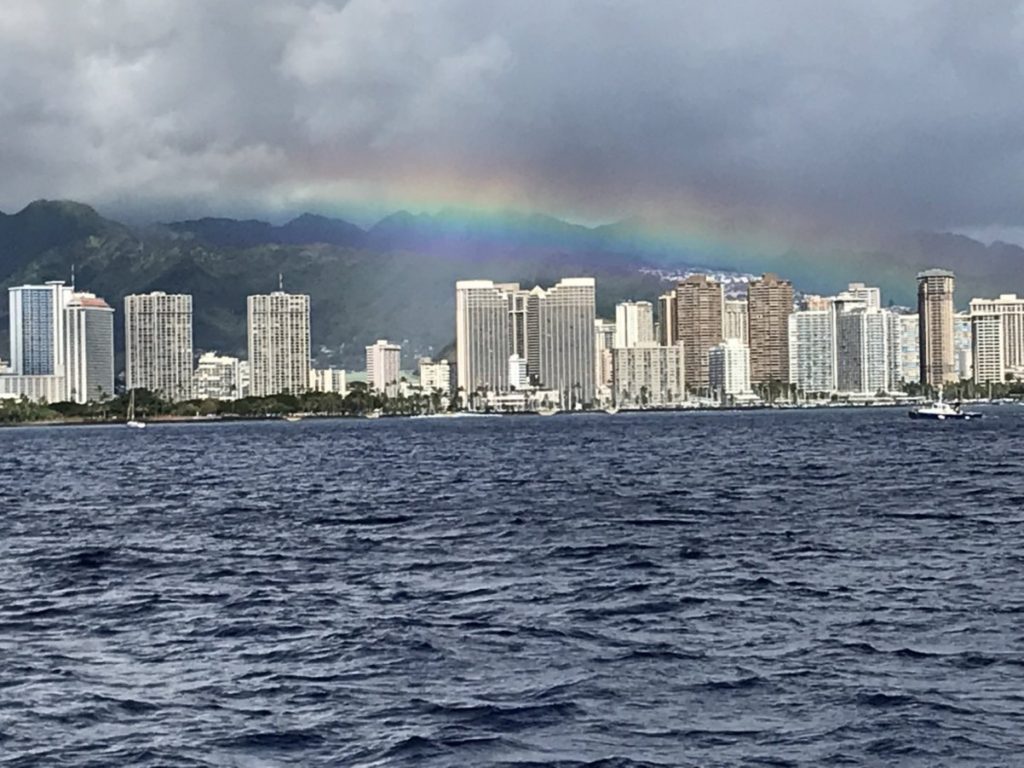 It was about time to catch our 3 pm whale watch tour. It was much bigger boat. I was a little disappointed because big boats can’t get as close to the whales. There were also lots of people. But it turned out to be an open bar, so rescheduling upgraded us from a small sailboat with bottled water to a booze cruise on a big catamaran. 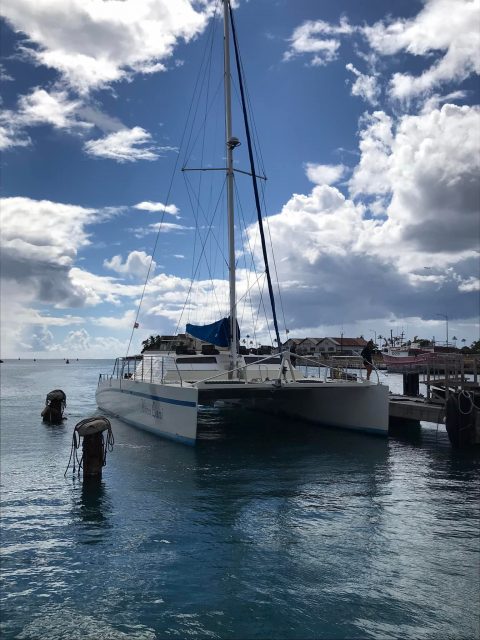 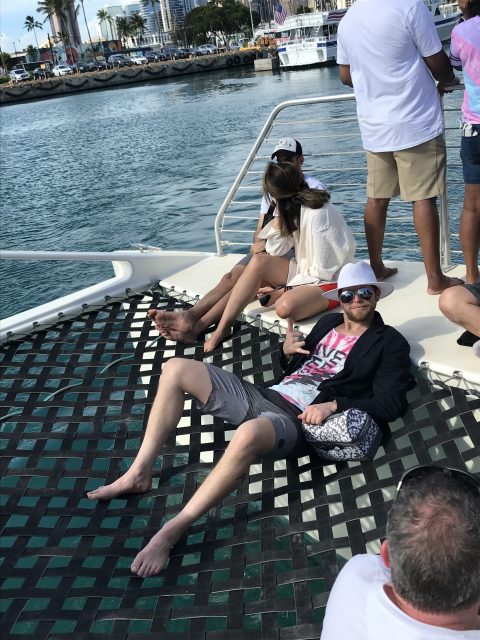 The water was gorgeous, and there was a beautiful rainbow over the city. There were some really active spouts. At first we thought it was a mother and her baby. But it turned out to be two male humpbacks fighting over a female. I think it’s more showing off for her than actually attacking each other. They didn’t breach or anything spectacular, but there was some hardcore fin slapping, which I had never seen before. 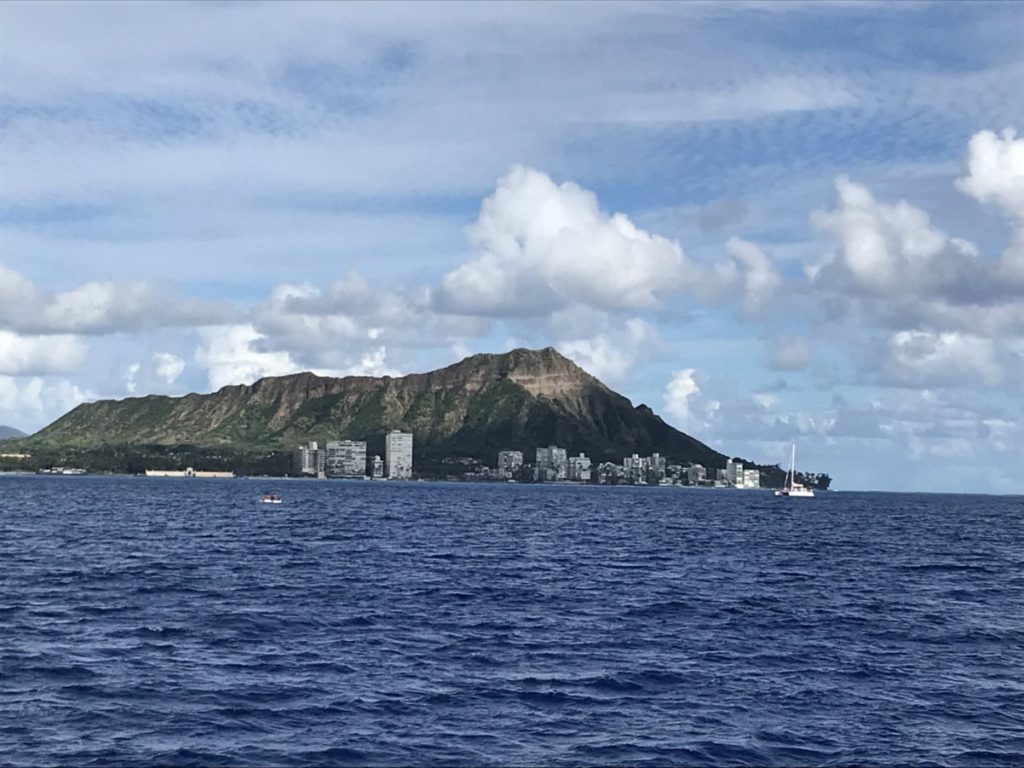 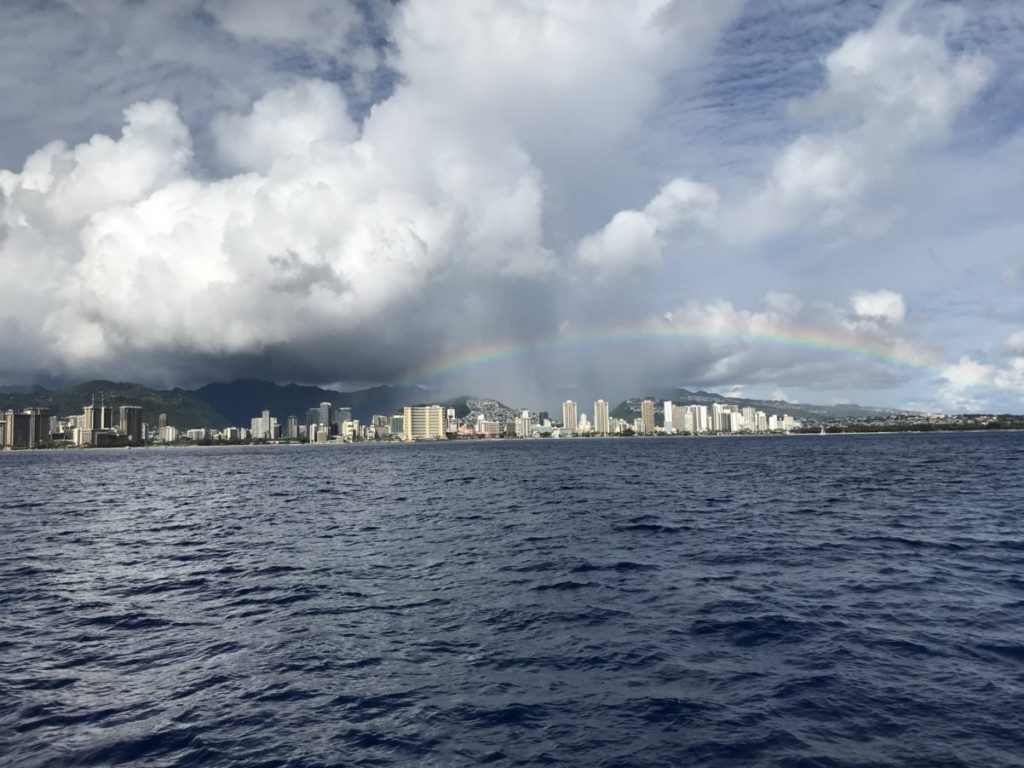 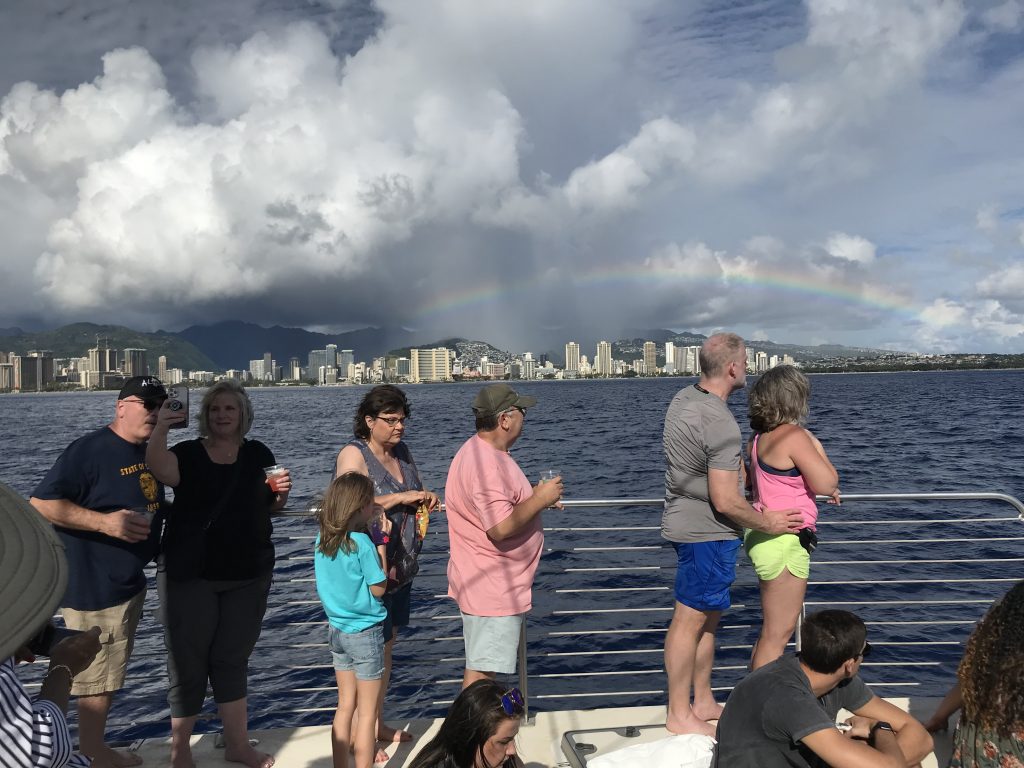 The small boats can get much closer. 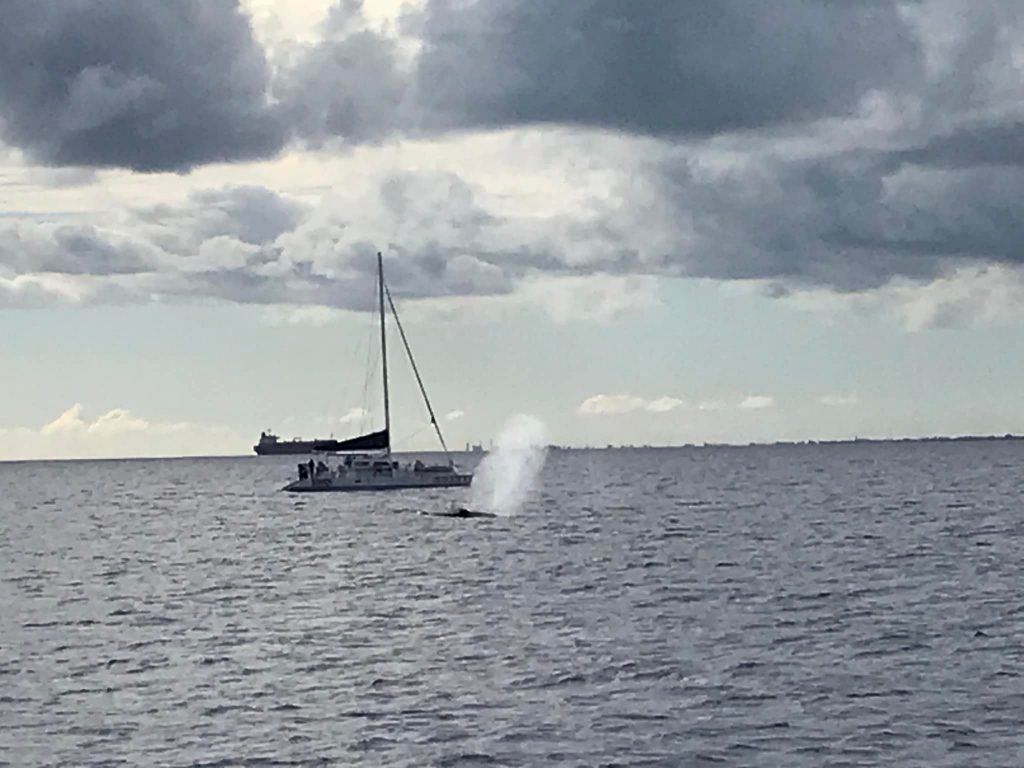 This entry was posted in aquarium, Hawaii, whales and sharks. Bookmark the permalink.