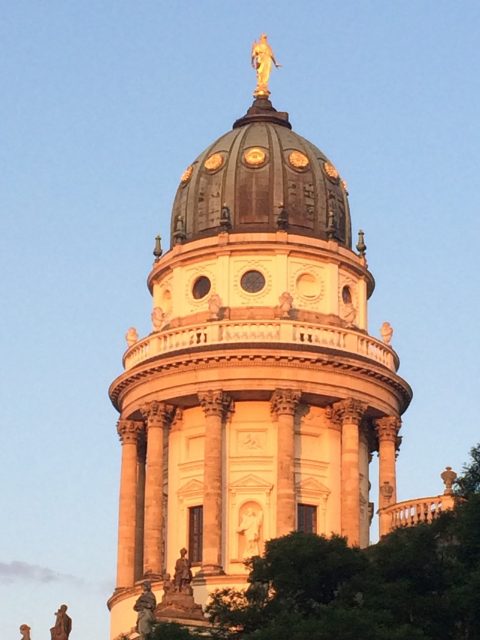 “In 1811, the wine merchants Christoph Lutter and August F. Wegner opened a wine shop on Gendarmenmarkt, which in no time at all enjoyed an excellent reputation. They became purveyors to the court of the Prussian crown prince, Frederick William IV of Prussia.”

Just before golden hour, I arrived at the Gendarmenmarkt, a huge square in Berlin that is home to three enormous and gorgeous buildings, the German and the French Cathedral, and Schinkel’s Konzerthaus. 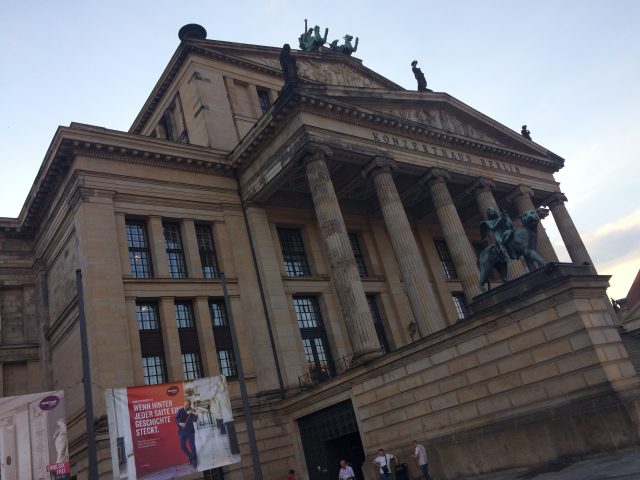 There is even a painting in the restaurant depicting a waiter admiring the view. 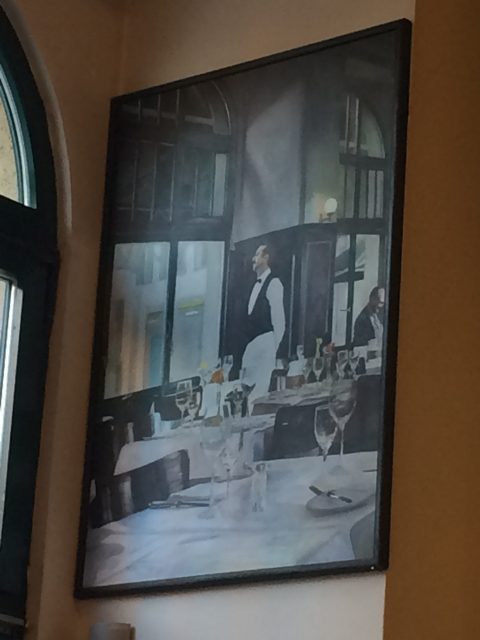 The dining room is relaxed and upscale. There was a waitress there with a bob cut and heavy, black round rimmed glasses. She looked SO German I asked if I could take her picture, but she declined. 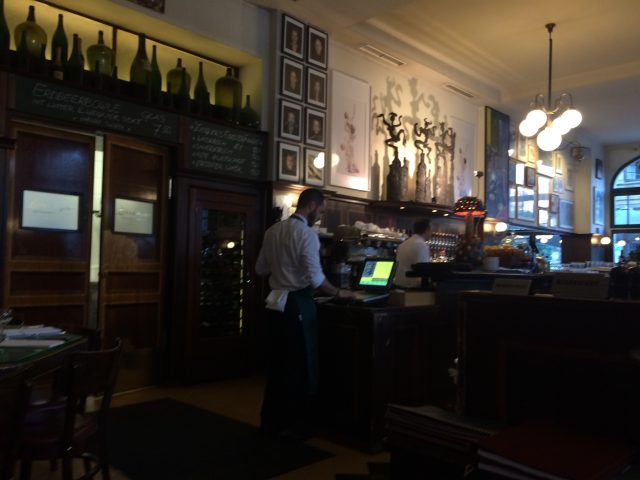 There was a special white asparagus menu. An entire menu. When white asparagus, or spargel, is in season, the whole city goes nuts. It’s like being in D.C. for cherry blossom season, but much tastier. Spargel is the word for asparagus in German, but it is mostly used to describe the tender, delicate stalks that are grown underground to avoid photosynthesis. It is estimated that 82,000 tons of Spargel are actually produced in Germany each year — which only meets a little more than half of consumption needs. On this evening I enjoyed a rich cream of asparagus soup. It was unbelievable. 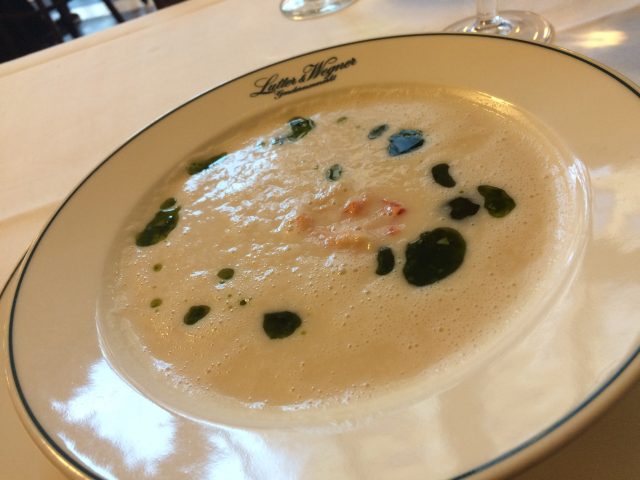 For my main dish, I ordered asparagus with a small wiener schnitzel. Again, tender, succulent spargel with a tender schnitzel that was not greasy at all. 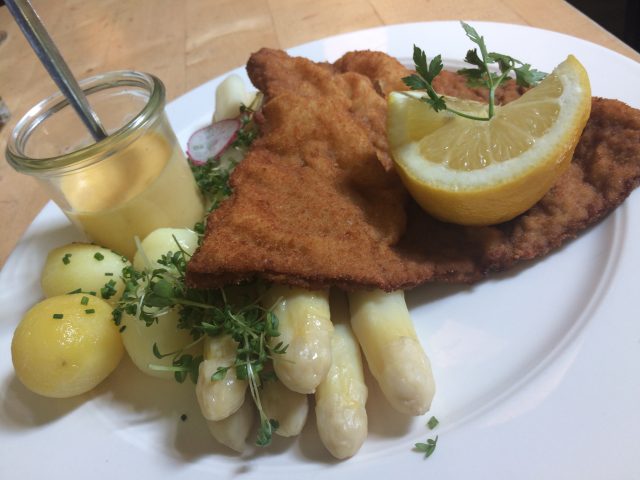 For dessert I tried the ugly but exciting Karamellisier Kaiserschmarrn. It was delicious. 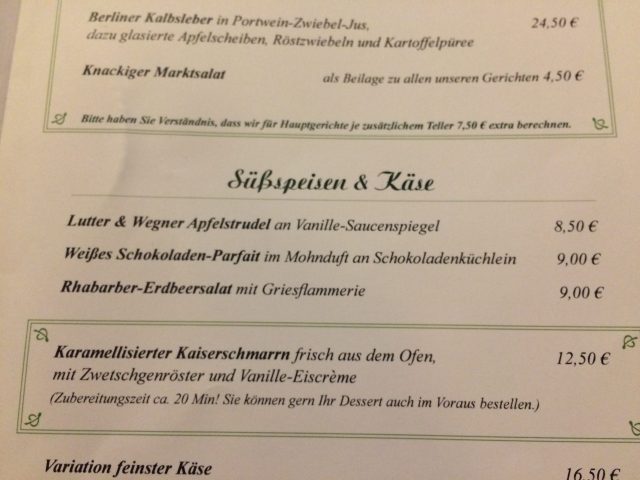 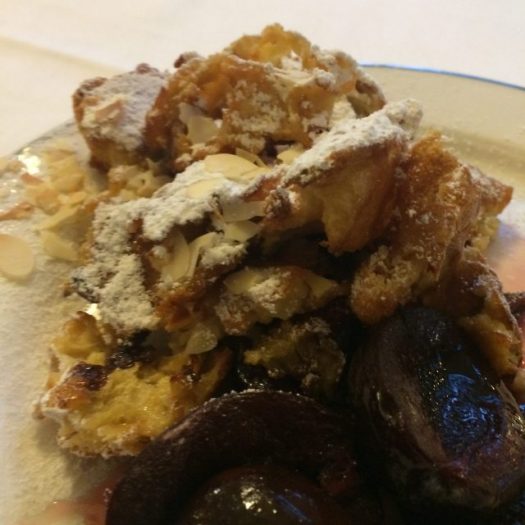 You really can’t help but laugh. If you have the mind of a 5 year-old. 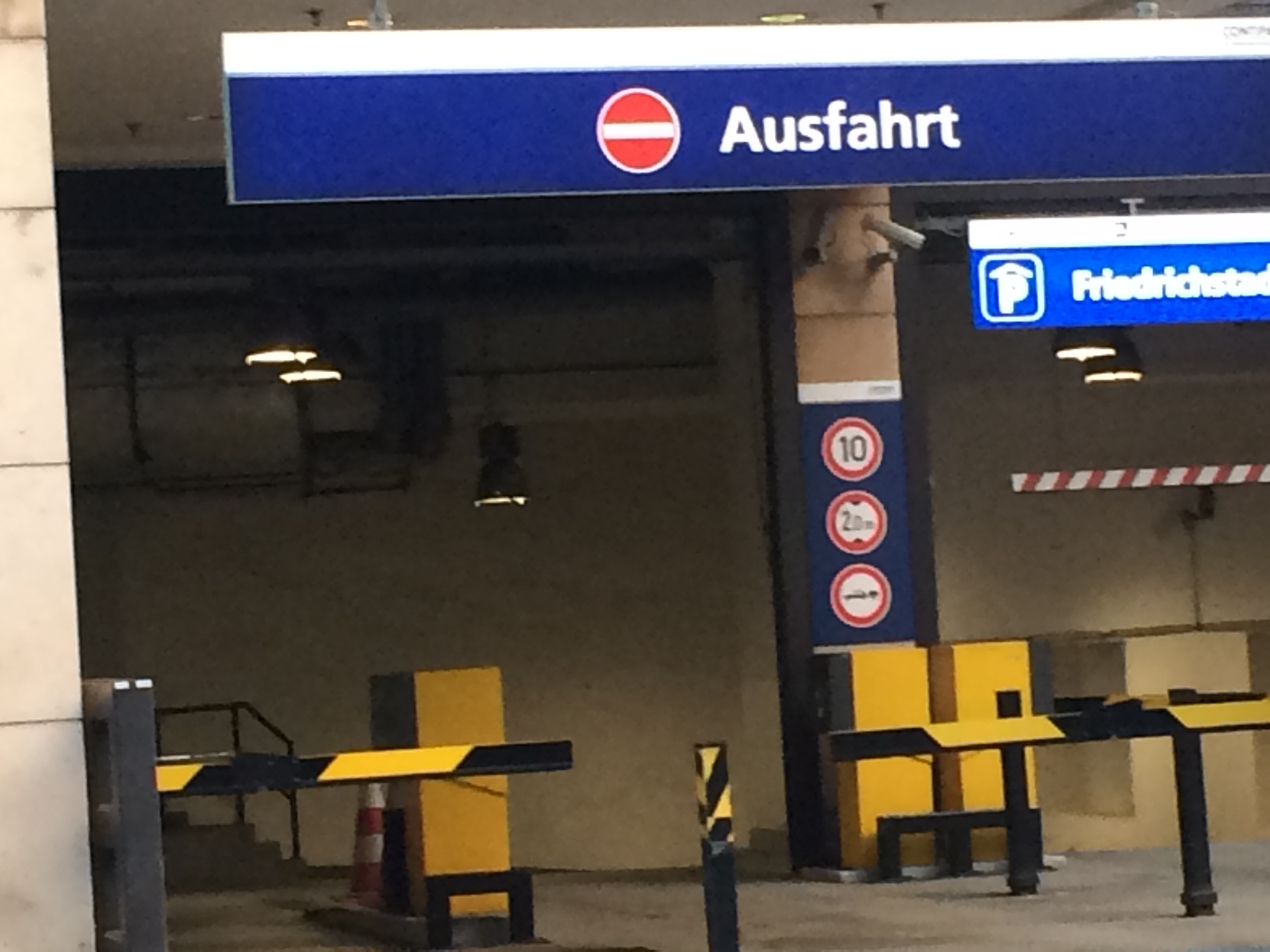 This entry was posted in Berlin, Europe, Uncategorized. Bookmark the permalink.