…and so, back to Philadelphia, where last we left our heroine… 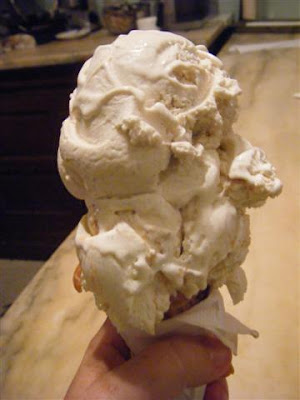 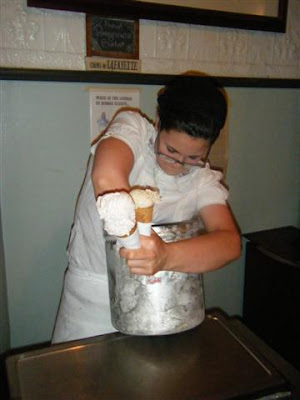 The Franklin Fountain is a throwback to the ice cream fountains of the olden days. It’s kind of strange since they only opened in 2006, the 300th birthday of Ben Franklin. The ice cream is freshly churned, creamy and intensely flavoured. Plus, they are open until 11pm on weeknights and midnight on weekends! I practically moved in. 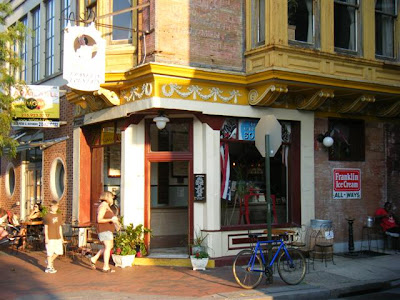 The parlour has outfitted itself with genuine old-timey equipment and details down to the white paper hats. Over the years, many companies named “Franklin” have opened and gone out of business. Owners Eric and Ryan Berley are antique collectors and have collected vintage signage with the Franklin name. They are conservationists who have maintained the building’s tin ceilings, and and old mosaic tile. 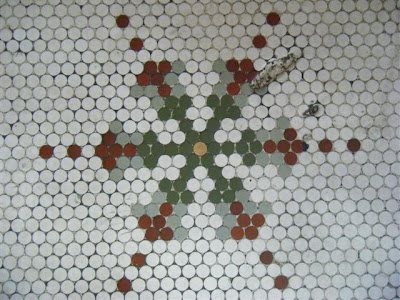 There is a definite indie vibe to the shop, with smiling, friendly servers who clearly love the place. 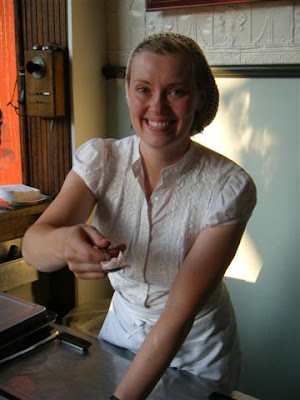 My first taste of Franklin’s was cherry vanilla, with giant chunks of dark bing cherries and visible specks of vanilla. 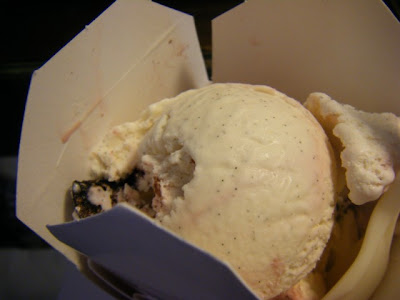 They are generous with the samples, on real spoons. The Teaberry, fashioned after the old school gum really did taste like the gum. 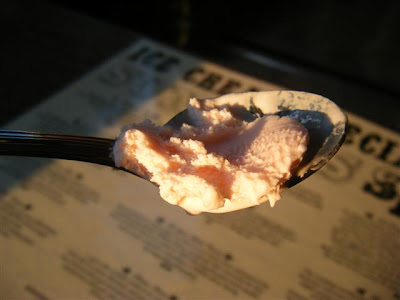 One treat that was too extreme for me did not deter one of my friends. She bravely dug into

ROCKY ROAD ice cream coated in thick peanut butter sauce and paved with crumbled salt pretzels. William Dreyer and Joseph Edy concocted the first batch of rocky road ice cream in 1929 following the great stock market crash to give consumers something to SMILE about during the impending Depression. 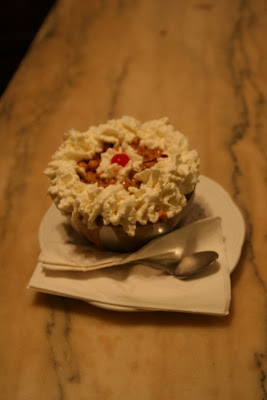 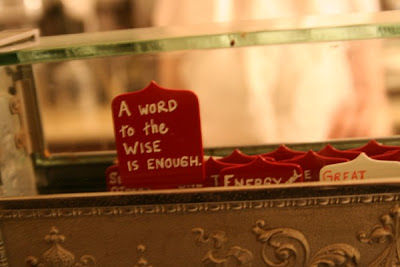 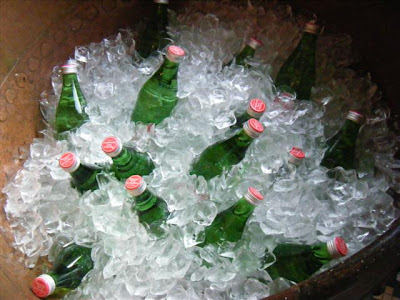 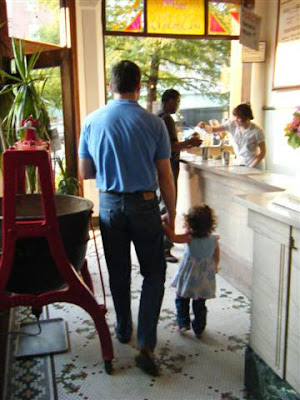 When I saw this bust, I turned to Ellin, and in a hushed town cryer voice said, “Let it be known that there shall be no edifice built that doth not bear the resemblance of Benjamin Franklin.” 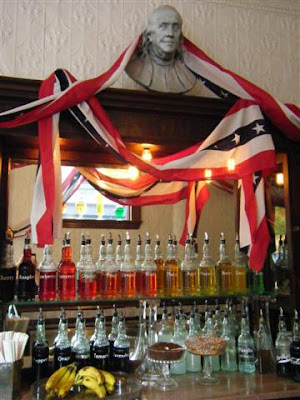 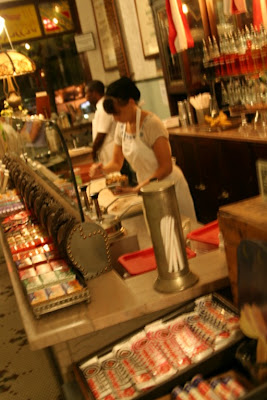 They also serve up malts, egg creams, phosphates and sodas made with fresh syrup and soda water from a genuine antique fountain. They make their own sharp root beer for the city’s best root beer float.

As they state on their site,

The Franklin Fountain aims to serve an experience steeped in ideals, drizzled with drollery, and sprinkled with the forgotten flavors of the American past.

I like catfish. Sure, we all like catfish, but I think for me it is somehow deeper.
View all posts by Kiki Maraschino →
This entry was posted in ice cream, Philadelphia. Bookmark the permalink.