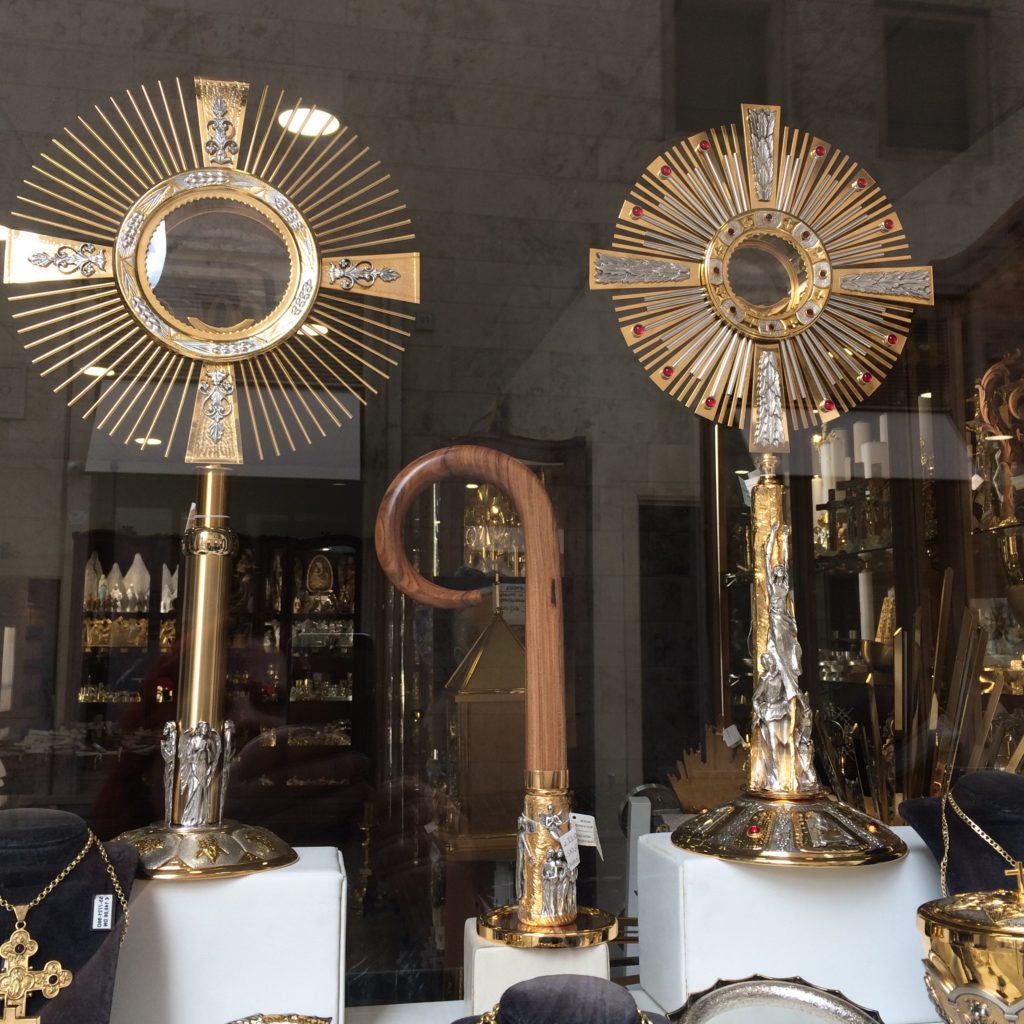 One interesting thing about staying just outside the Vatican is that the tourist shops all sell Catholic merch. Usually Catholic stuff is made by religious orders but you could tell some of the manufacturers knew nothing about Catholicism. Proper rosaries are black or dark brown with the exception of children’s which can be white. The shop across the street had rosaries in such garish colors, like stripper colors. Of course I had that one blessed for you, Donna. From the Mary Magdaline collection. 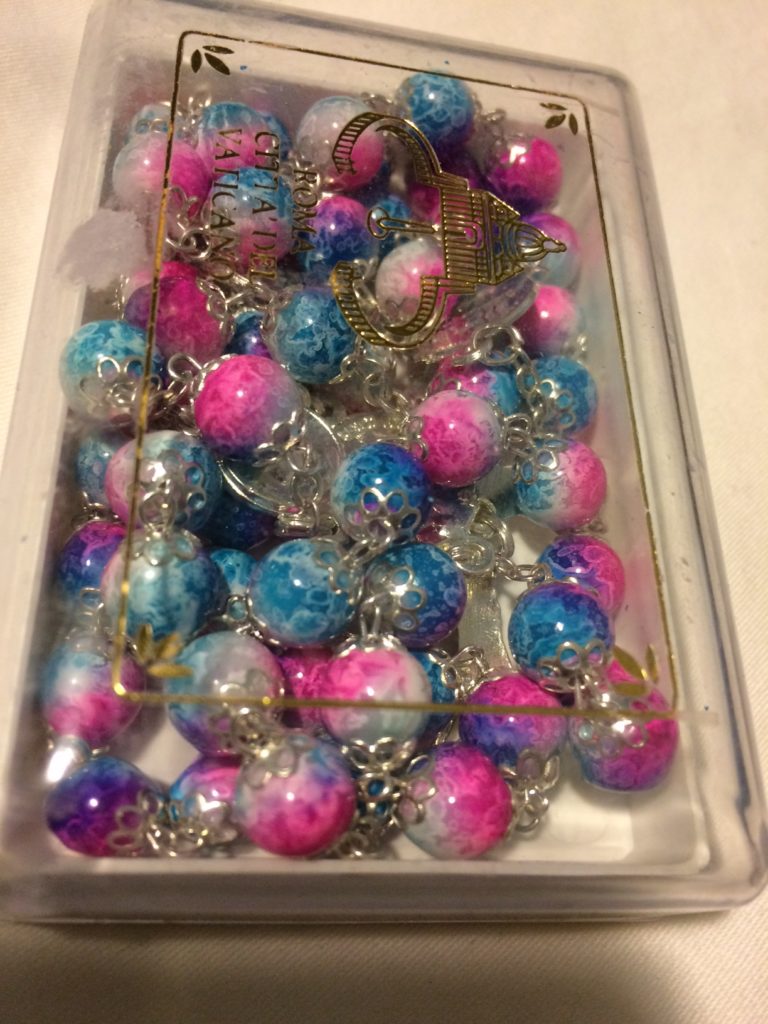 In the back of one shop in Catholic alley I found a little basket of something bearing the image of Pope John Paul II which piqued my interest because everything else was Frances Frances Frances. I looked at the little disc and saw a carefully placed bone chip. It was a relic. 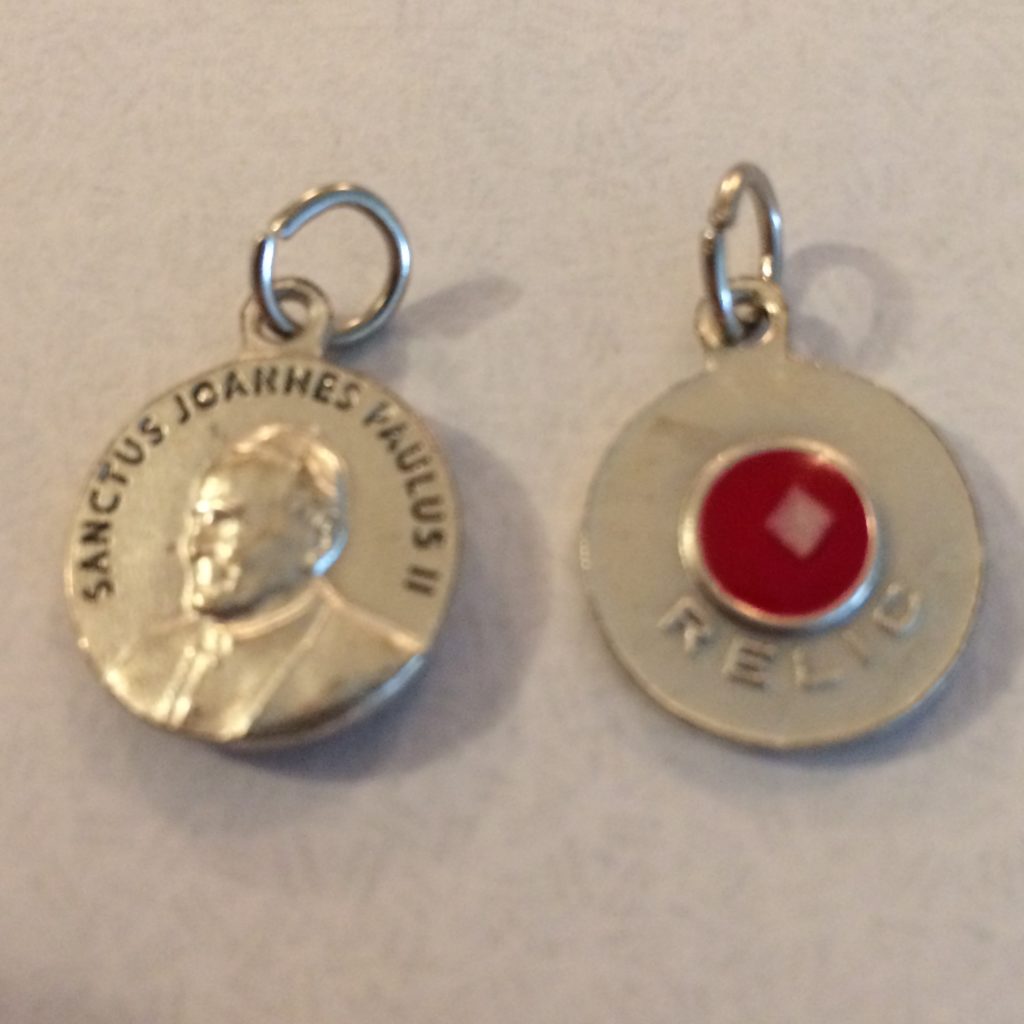 For those of you who don’t know, Catholics venerate relics — 1st degree relics are parts of the bodies of Saints, usually bone or hair or teeth. Even a bit of cloth can be a relic, albeit 2nd degree. Every church must contain a relic. The fancy new cathedral in downtown LA has an entire body built into the wall.

So when I saw the supposed relics of the Sainte Pope John Paul II I accused the merchant, “Fugazi!” He swore it was real, even pointing to a place on his forearm to intimate that’s where the bone chip came from.

I held my open palm bearing the relics out towards him, “What!!? Where the hell did you get these!!!?” He covered my hands with both of his and looked around in a panic then looked at me warningly. 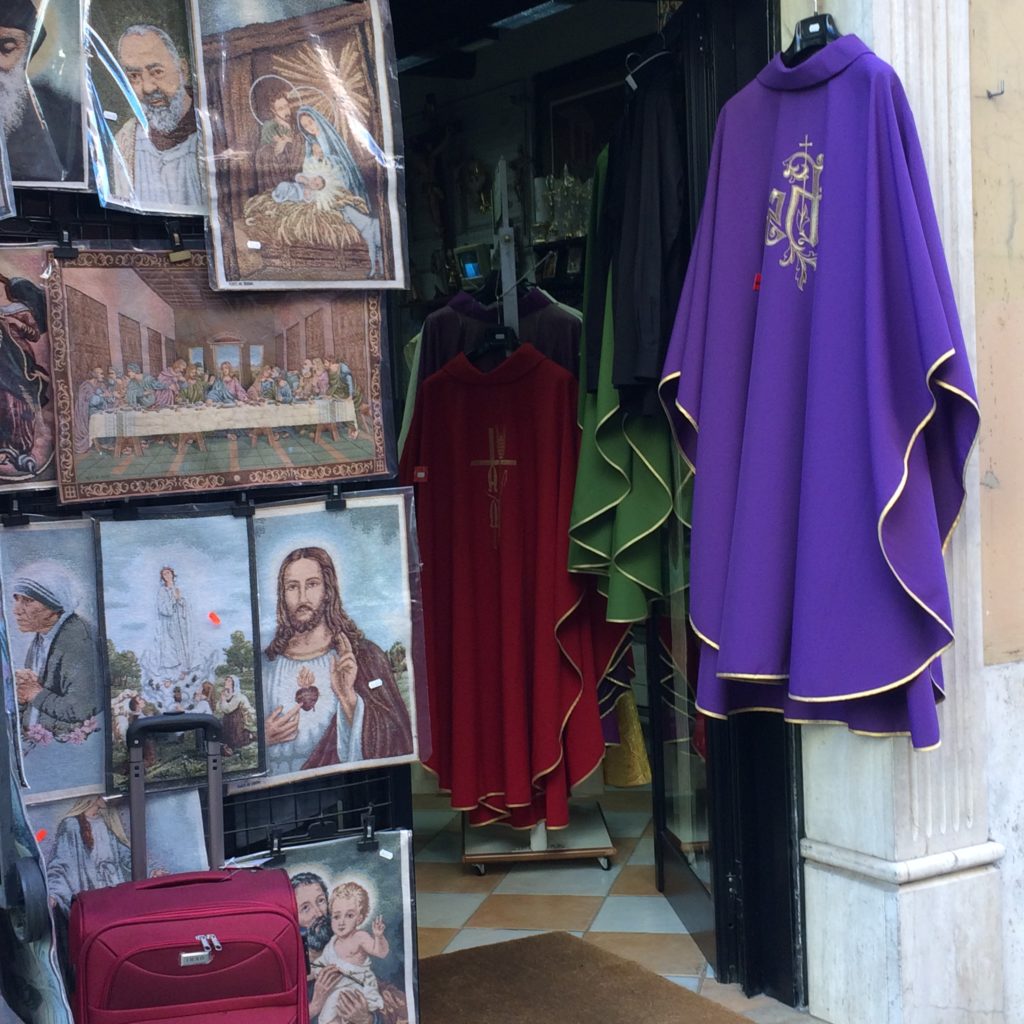 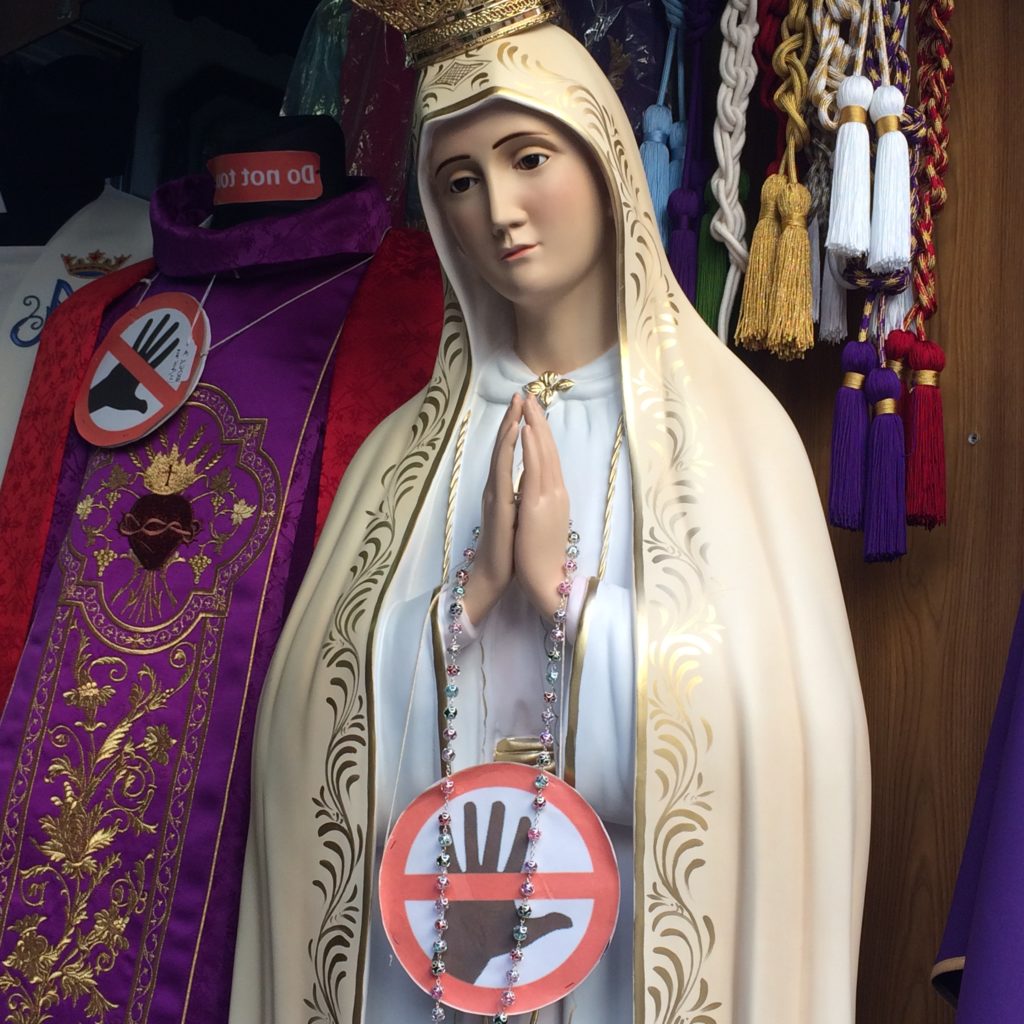 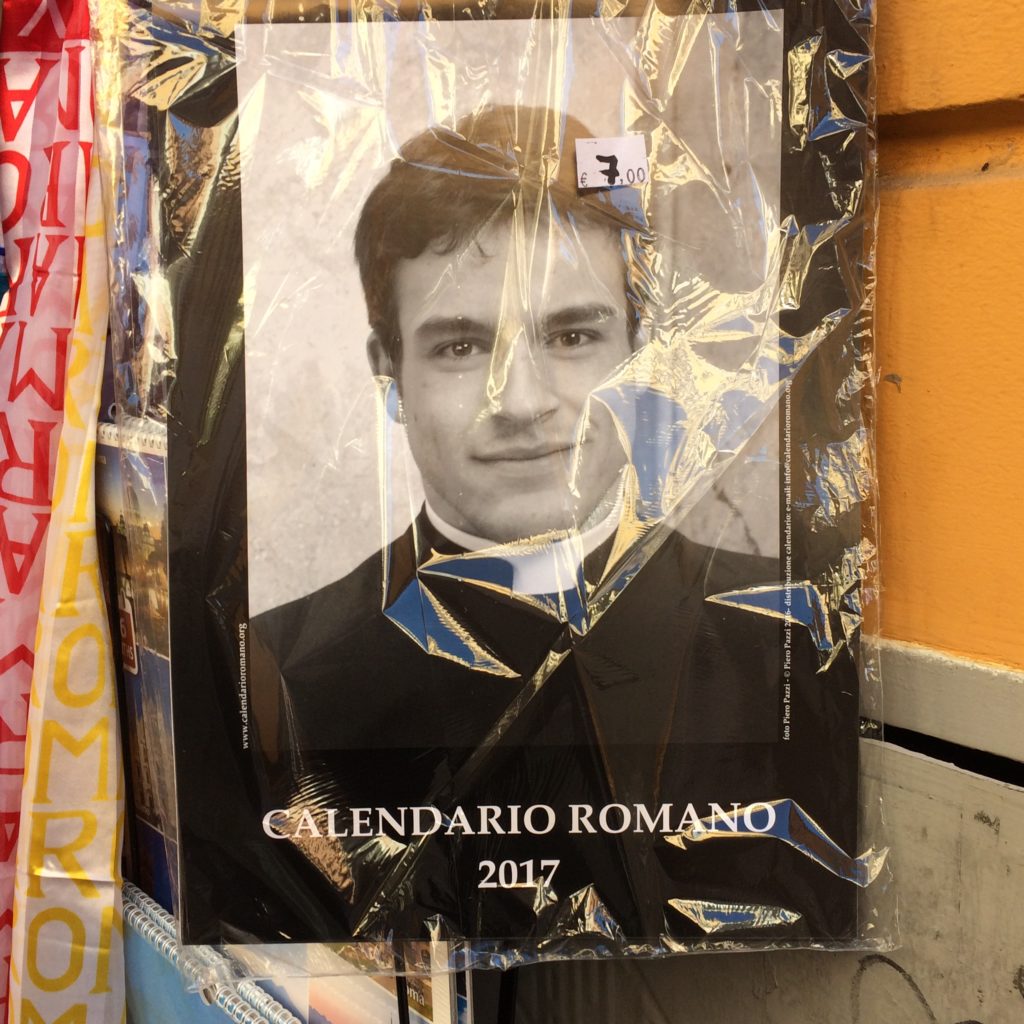 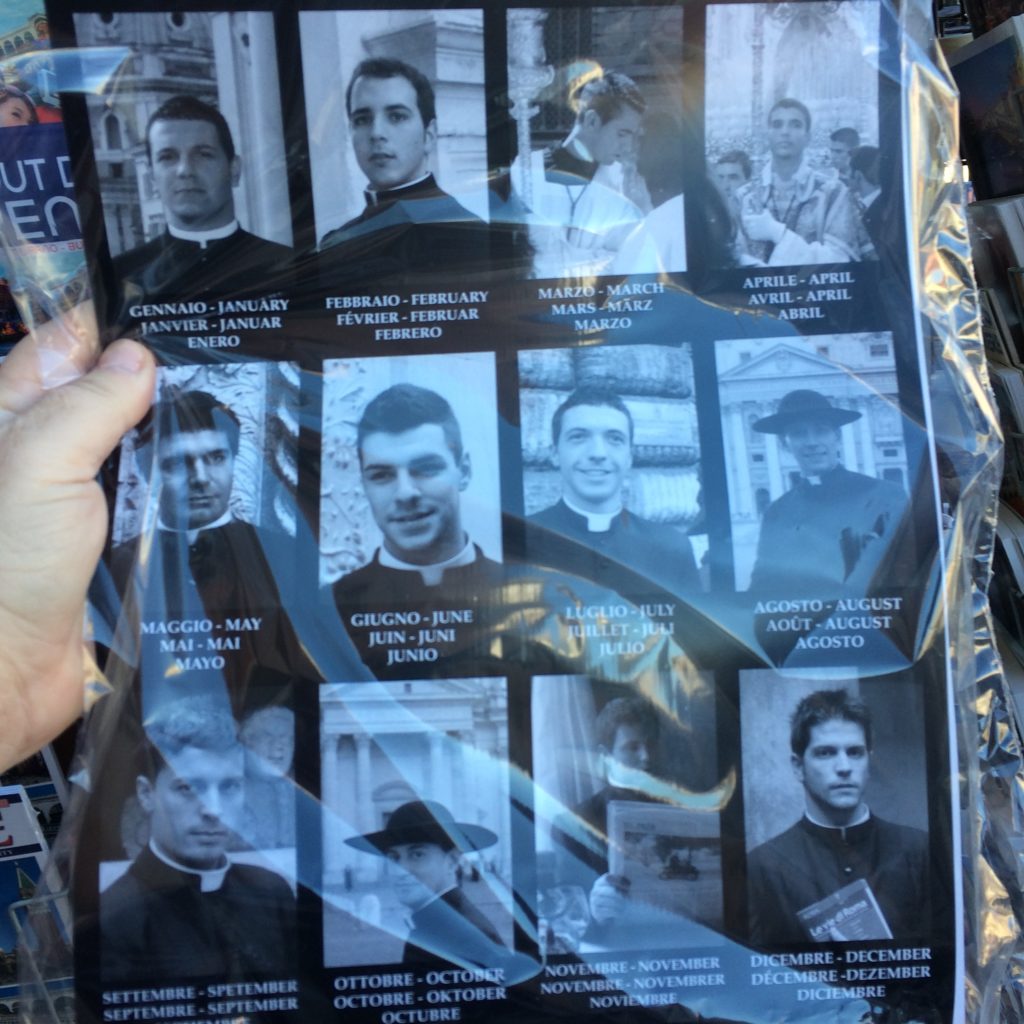 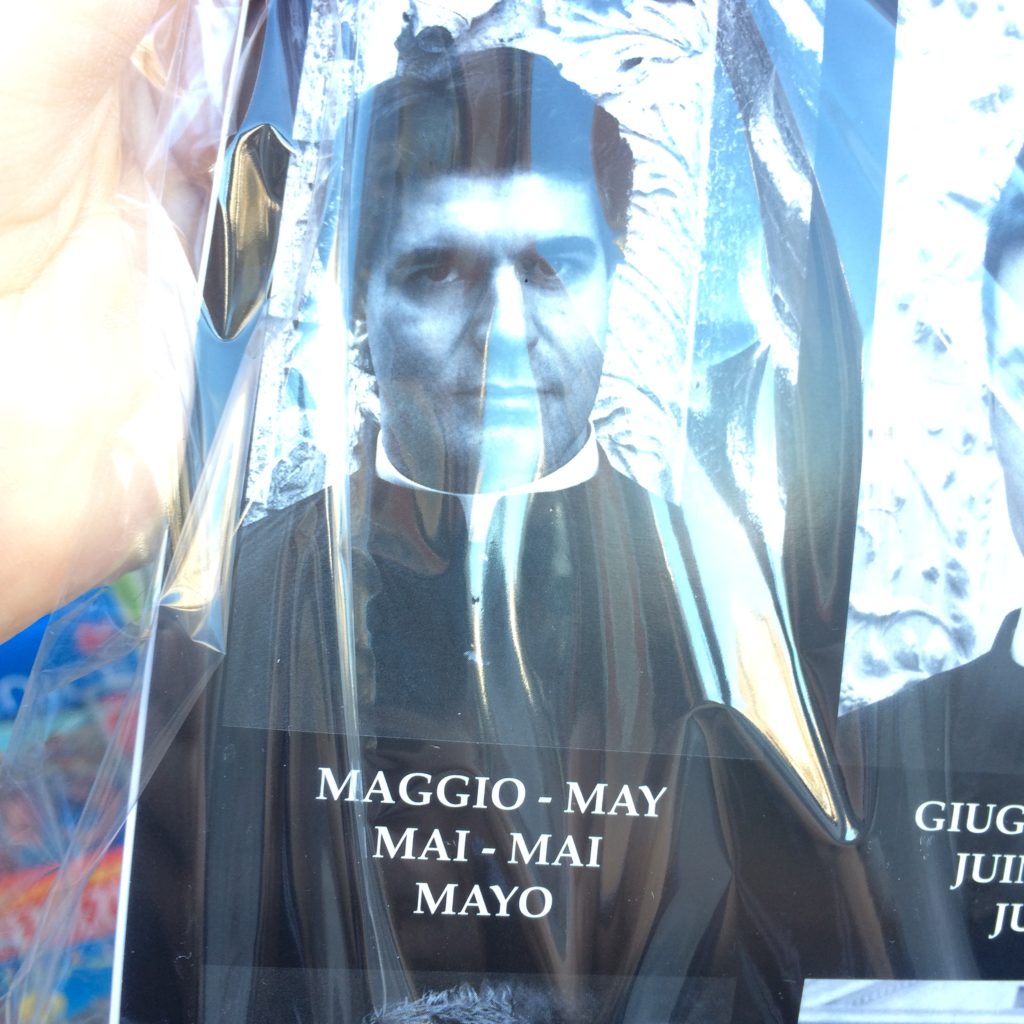 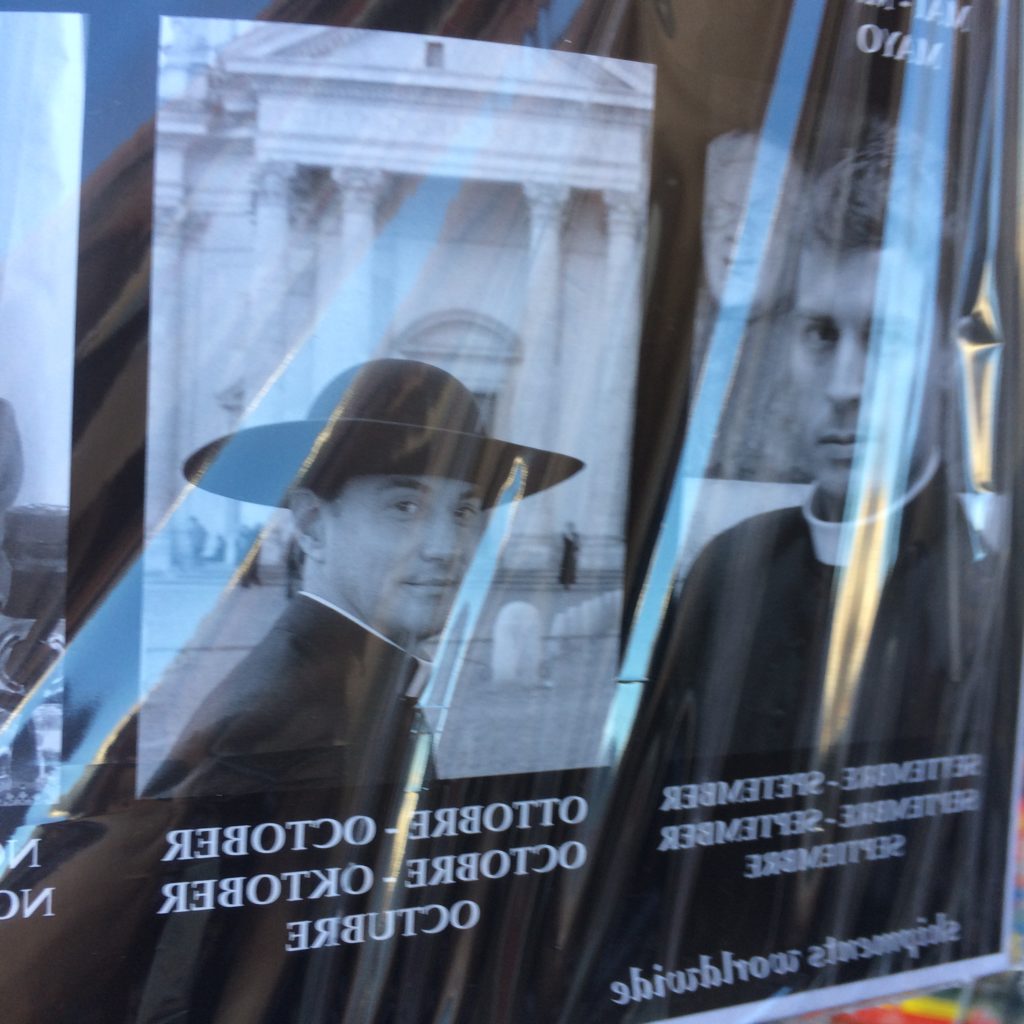 One Response to Italy: Back Alley Relics