Lats Do it in the Market 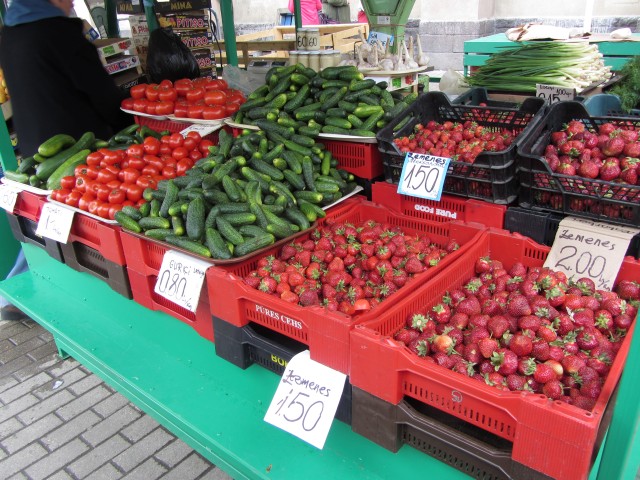 There are two things I pay attention to in new cities: Can you cross on red, and will you get run over? And whether you look at or greet strangers. The answer to the first question in Riga is everyone crosses on red and yes, you will get run over. Cars speed up rather than brake, and even buses just honk and you damn well better run. 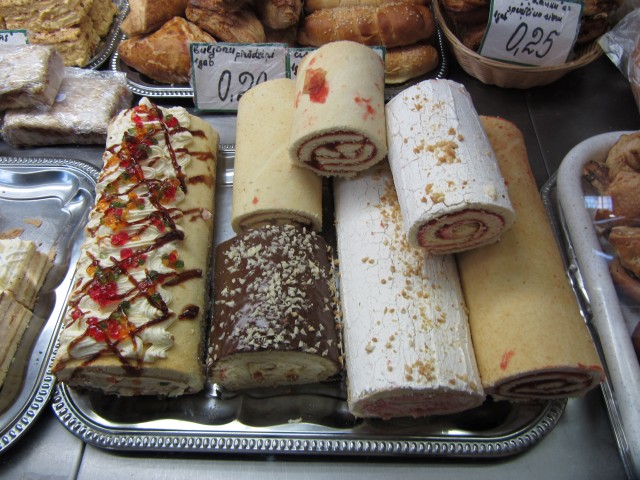 I noticed the employees at the hotel greet us by blinking once slowly. My smiles seem to confuse people. But I can’t stop smiling at them. Some of them seem offended or surprised. Finally today in the market this woman gave me an accusatory “lesbo!” expression and I understood. I told Bridin, “People are confused by my smiling.”

She said, “They think you are coming on to them.” Well then, I’m really upset because over 3 days I must have smiled at 100 people and not a single one took me up on my offer! 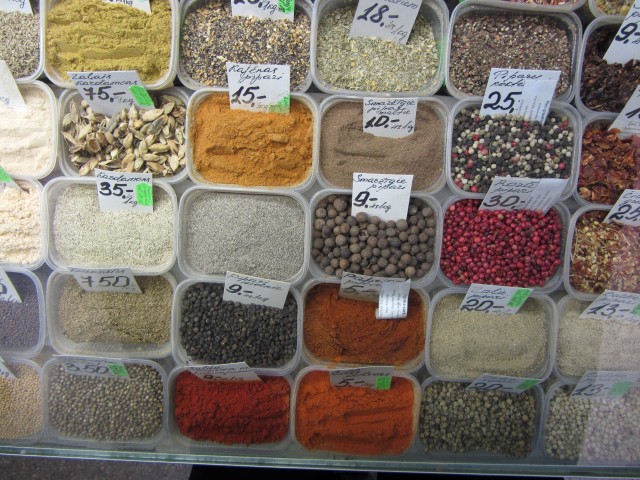 Anyways, we picked up some cheeses and salami, their exquisite cucumbers and fresh fruit at the market and had a nice picnic in the hotel bar. While unpacking the bags I found a black block. I asked Bob if somebody had planted hash on us. Finally Bridin saw the black thing and exclaimed, “Oh, the butter!”

“Well, I asked what can we get here that we can’t get anywhere else in the world.” She tried it and said it tasted like poppy seeds. Considering all possible things that could make butter black, that was the most pleasant one I could think of, so I tried it. I realized it wasn’t dairy butter. They had ground the poppy seeds into a paste like peanut butter. It still looked like hash.

Oh, we also found genuine Latvian leavened pierogies. They are kind of like Armenian borek, stuffed with bacon. 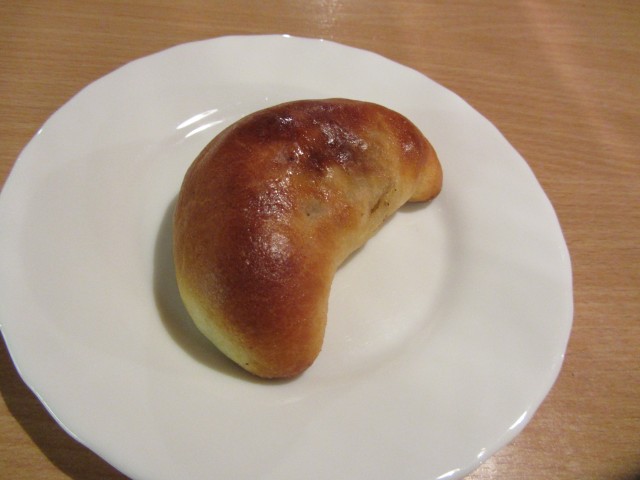 The Crows here look like they are wearing morning jackets. 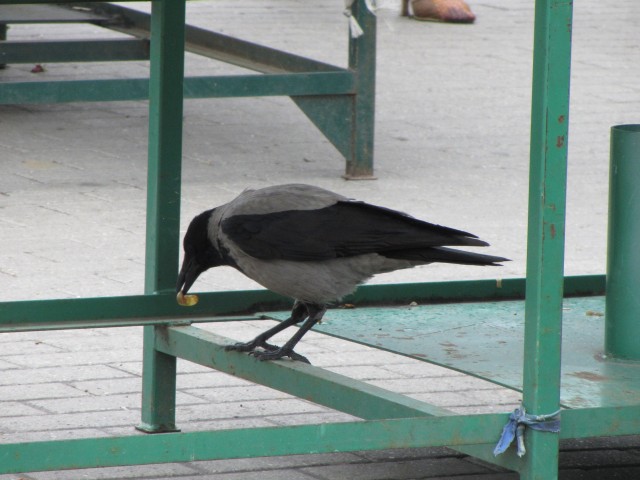 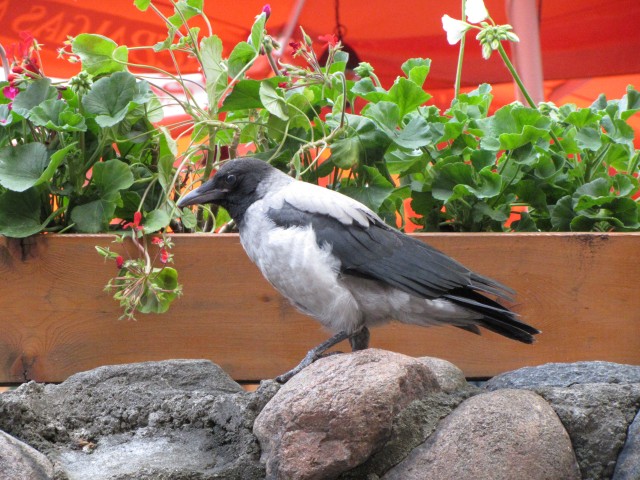 We continued our relaxing day by going to the movies. We saw Dark Shadows, which was a disappointment. What was not a disappoinment was bacon chips! That’s right! Like styrofoam peanuts made out of bacon. I hope they make it to the states. 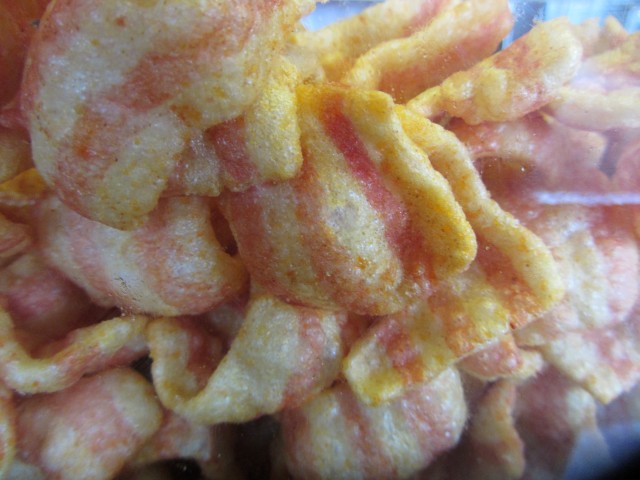 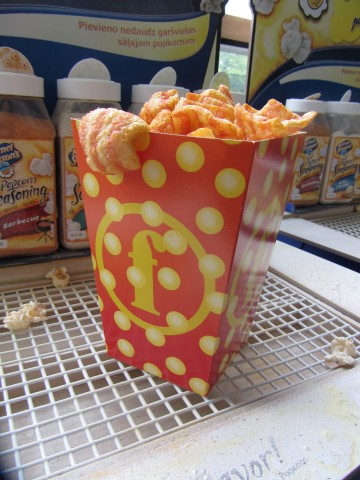 I like catfish. Sure, we all like catfish, but I think for me it is somehow deeper.
View all posts by Kiki Maraschino →
This entry was posted in Latvia, Uncategorized. Bookmark the permalink.

2 Responses to Lats Do it in the Market