Lats NOT Do it in Siberia

After going to the cemetary with Bridin’s cousin Aija and Aija’s beau, Alberts, we went for lunch in the hotel cafe, which was very elegant. We were all thrilled with the fried camembert that was accompanied by rhubarb. 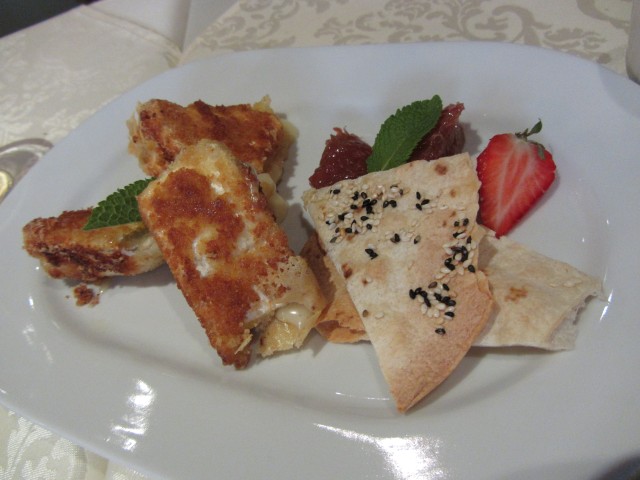 I had a Frenchy chicken and mushrooms under puff pastry. 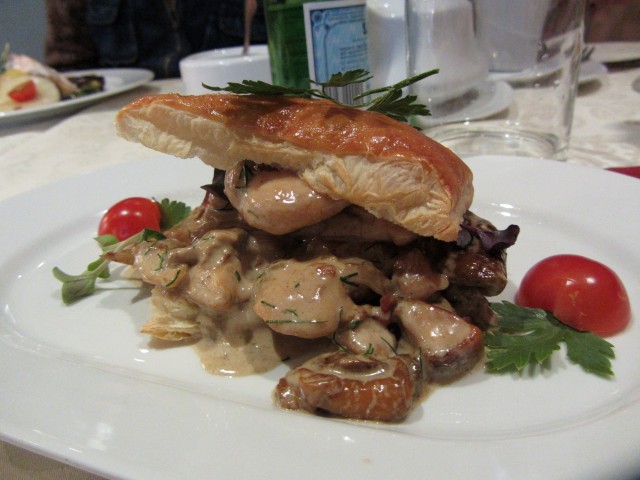 Aija and Alberts are older and met later in life at the same cemetary where we had gone to visit Bridin and Aija’s grandparents. They are a sweet couple, and Alberts has gorgeous blue eyes that darken when he speaks of Siberia.

His family was sent to Siberia when he was young because his father was a policeman. The father was sent to a work camp and the family was sent to a Russian concentration camp. They did not see their father again until 8 years later when they were released. The whole family survived to make it out, which was not true of most people in Siberia. Alberts still walks with a cane from those days.

I asked if it snowed year round and he said no that in the summer it was milder and they could grow potatoes. He said that the air is so thin and so quiet there that you can hear people talking from many kilometres away