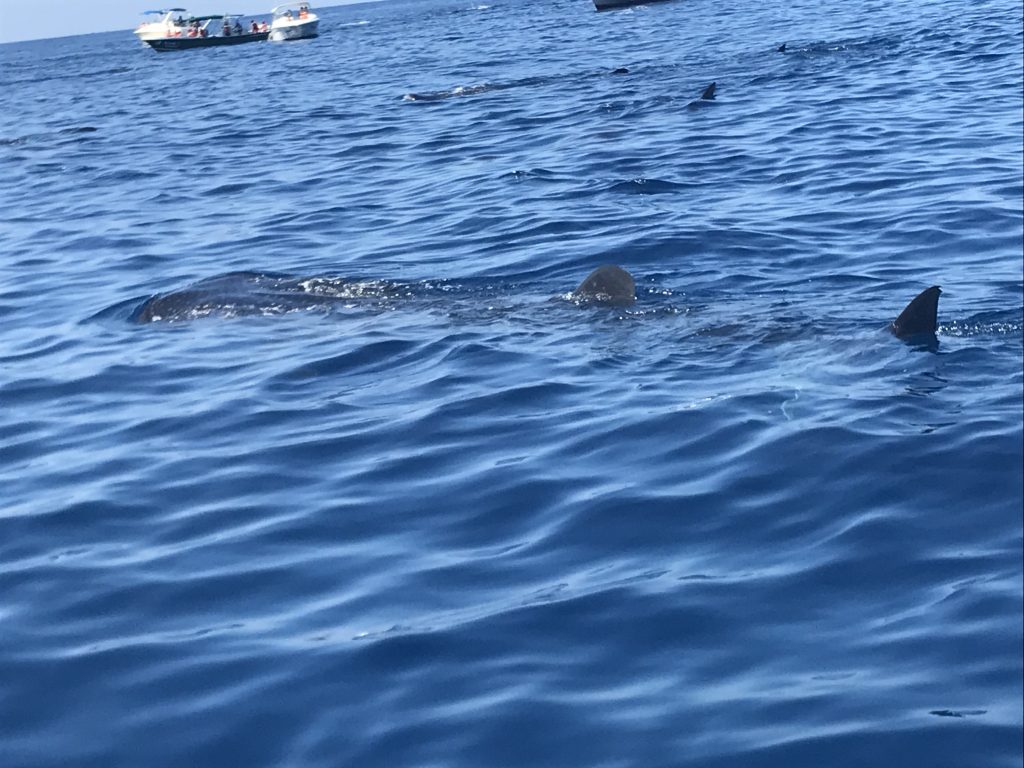 The day finally was here! This is why I came to Cancun, and why I came in sweltering August! The whale sharks come to the waters of Isla Mujeres, about a 2-hour boat ride from Cancun. So, is it a whale or is it a shark? It is a shark, although it filter feeds like a whale. It is the largest known fish on earth. The biggest one ever recorded was 61 feet long and they can live up to 130 years! We had to go without sunscreen, even if it was reef safe because the whale sharks feed on the surface and can ingest the slick of chemicals. So I got a sunburn, but it was the least I could do for these glorious creatures. It was a gorgeous day out on the water. 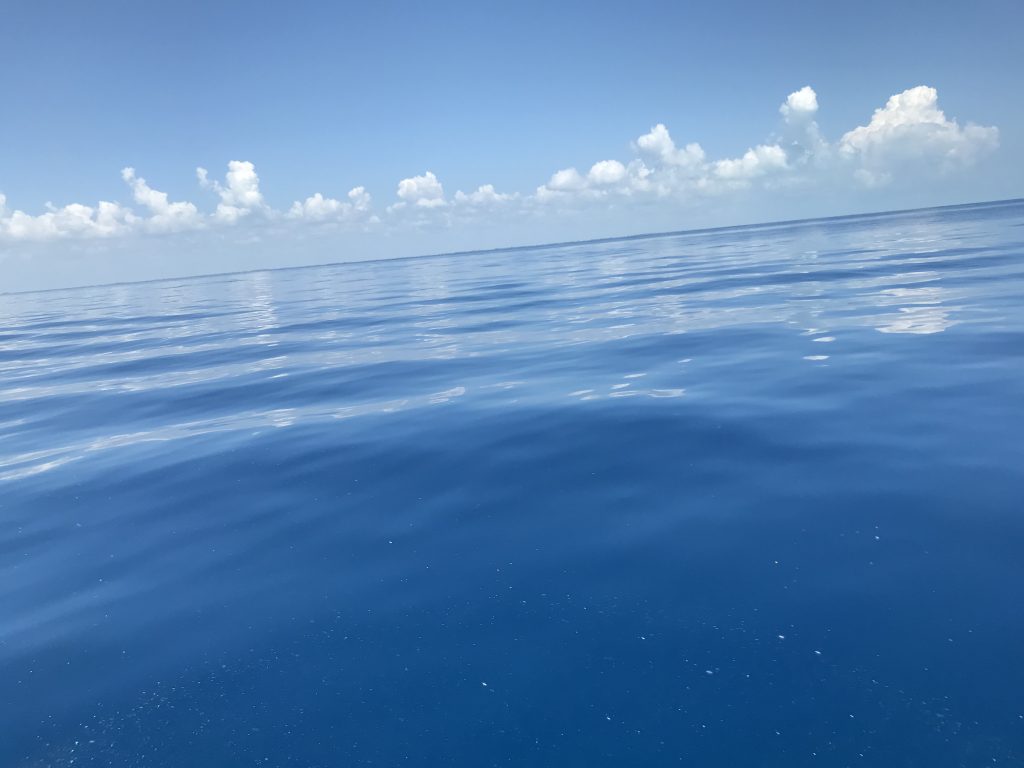 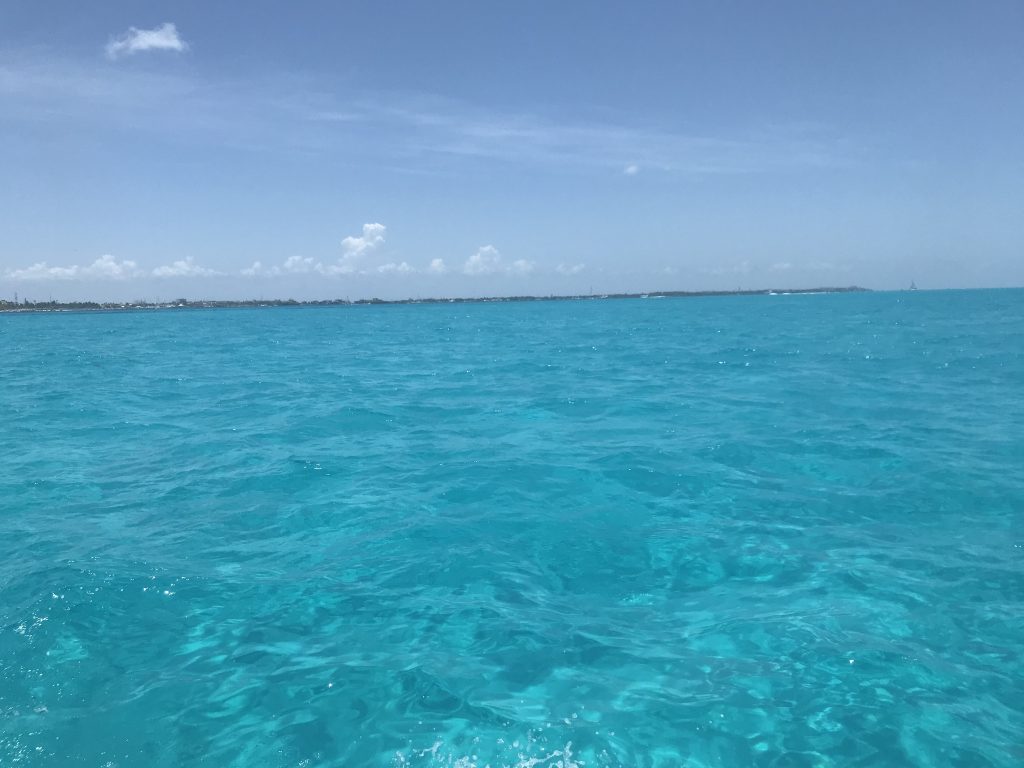 We had to get up really early to beat the other boats there, but when we got to the harbor the guides spent about an hour and a half drumming up more business to try to fill the boat. So annoying. But I guess ya gotta earn a living. When we got to the spot there was a wide circle of boats, and plenty of whale sharks to go around. They were everywhere! At one point one came right to the boat where a guide and I were sitting, and I swear it was the size of a VW bug! We looked at each other agog, and I assume he has seen a lot.

Everyone is paired up, and you get two chances in the water. We were sitting on the edge of the boat, and as soon as a whale shark got close they yelled, “Go! Go! Go!” I didn’t notice at the time, but in the video you can see that the guide pushed me in! As the bubbles cleared I found myself face to face with a whale shark that was probably 5 feet wide. If its mouth was open I might have met Jonah. But I had swam with whale sharks in the Georgia Aquarium and was familiar with their behavior. So I opened my arms and legs wide and let my whole body float on top of the water. As expected, the shark gracefully slid beneath me. I floated there as its entire body glided beneath mine, blotting out the rest of the sea. All I could see was the beautiful gray spotted leviathon, maybe 2 feet away. In that moment I felt that I fully understood the majesty of nature.

The guide yelled, “Swim! Swim!” He wanted me to follow it to get video, which I guess had been impossible with the whale shark completely between us..

The other guide was excited as I was. He said, “When I saw you were going over, I swam beneath him!

I decided that nothing could ever match that experience and immediately got out of the water. As I stepped onto the boat I announced, “I have found my god!!”

Bob was videotaping me, but when the shark swam under me the boat lurched and he missed most of it. You can just see its tail as I float near a fin. The people on the boat were anxious, thinking I had been hit in the face with the fin. But some moments you can’t capture on video, especially religious ecstasy. All the action is in the first 23 seconds of video.

The diver got better video here

They kept wanting me to chase the sharks to get more video, but I kind of felt like they had given me my moment and I was done. We went to the Isla Mujeres and hung out in the harbor with a bunch of other boats. Lots of people were swimming, and the guides made us a ceviche lunch from fish they had just caught. It was one of the best experiences of my life. 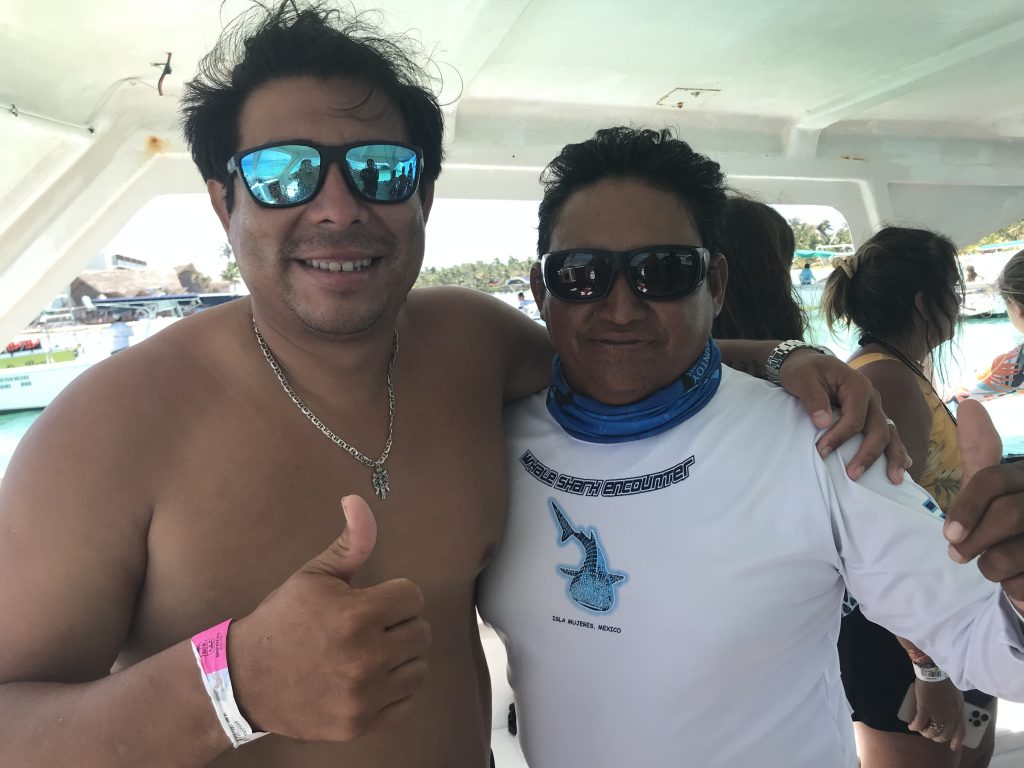 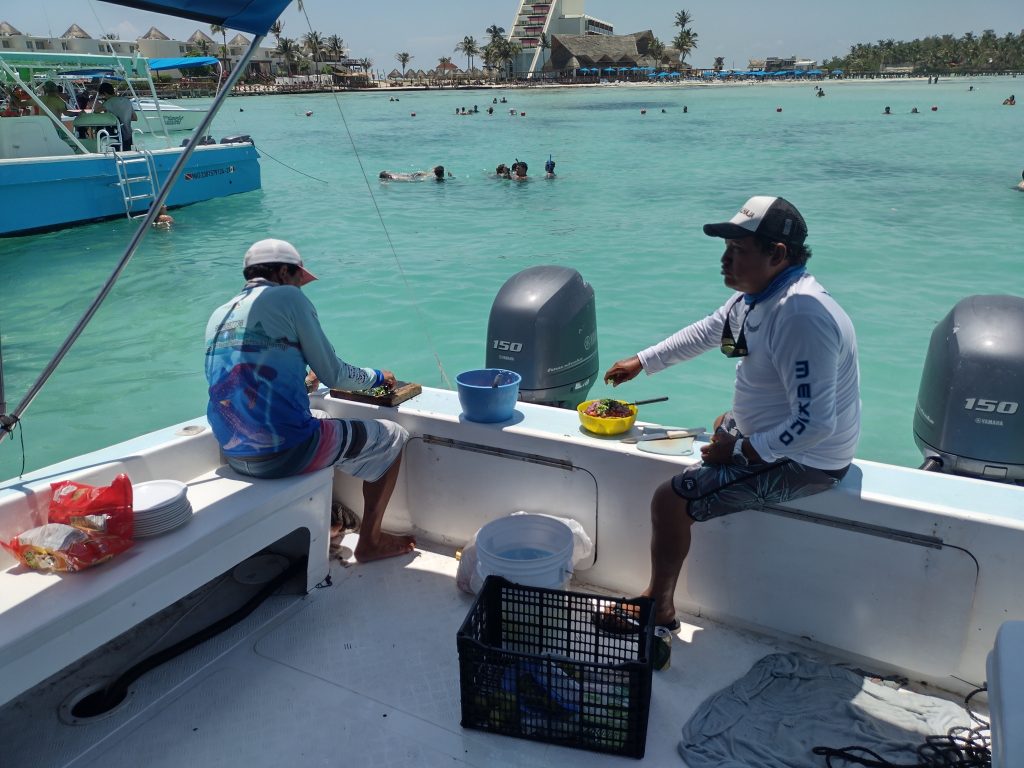 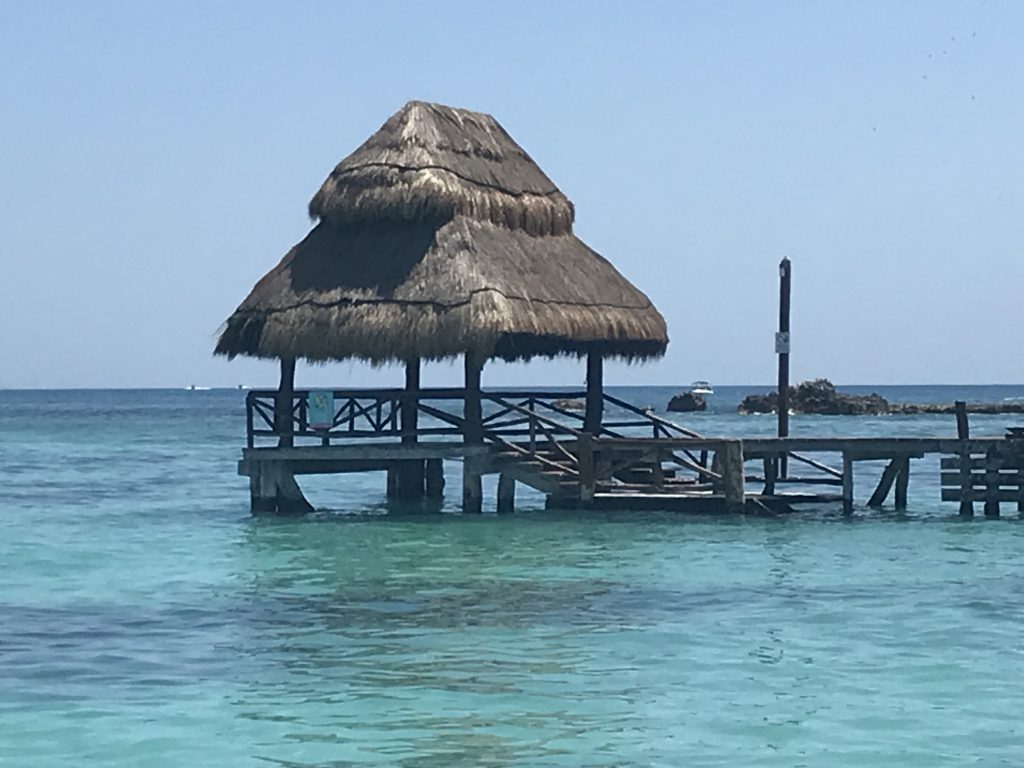 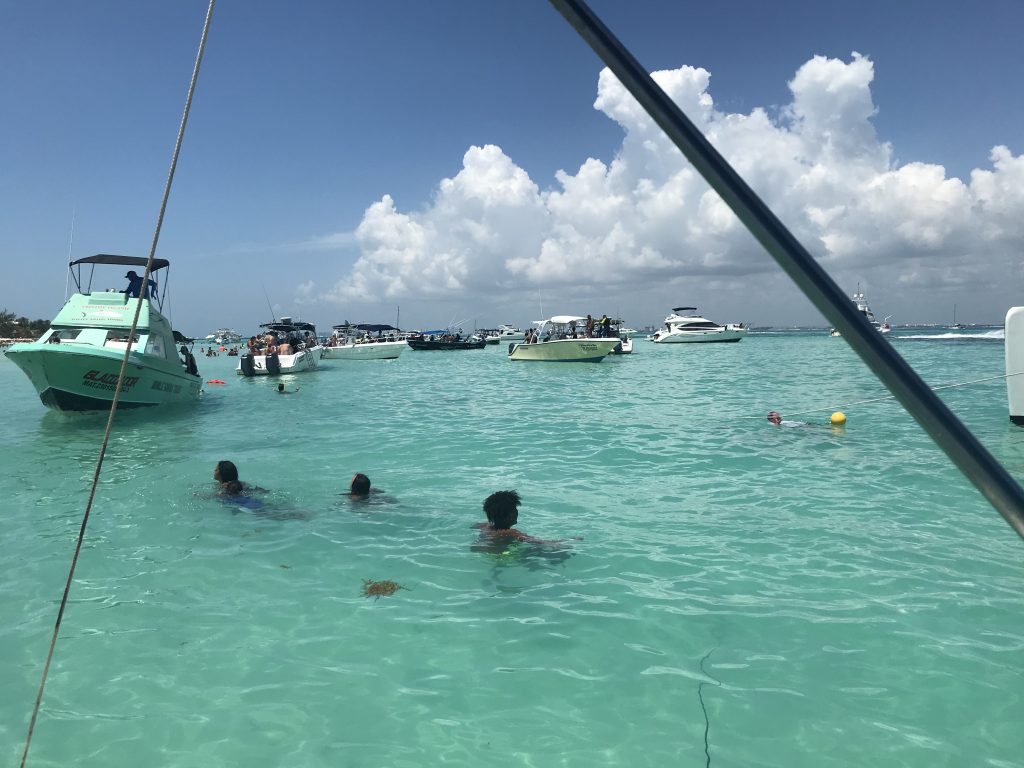 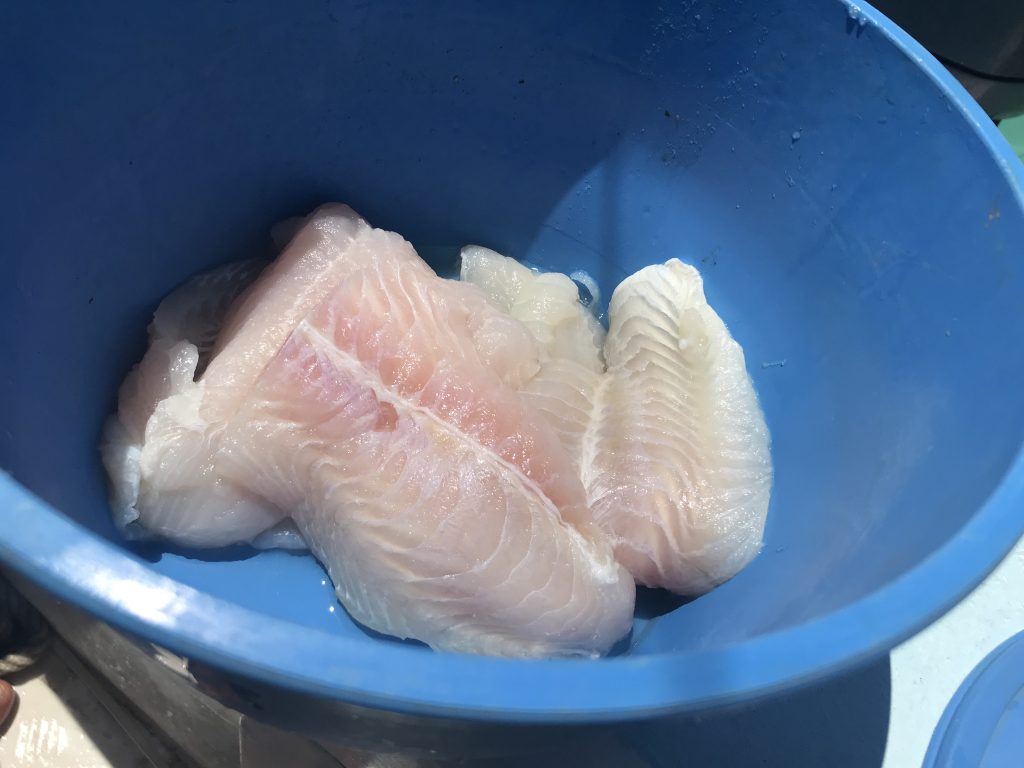 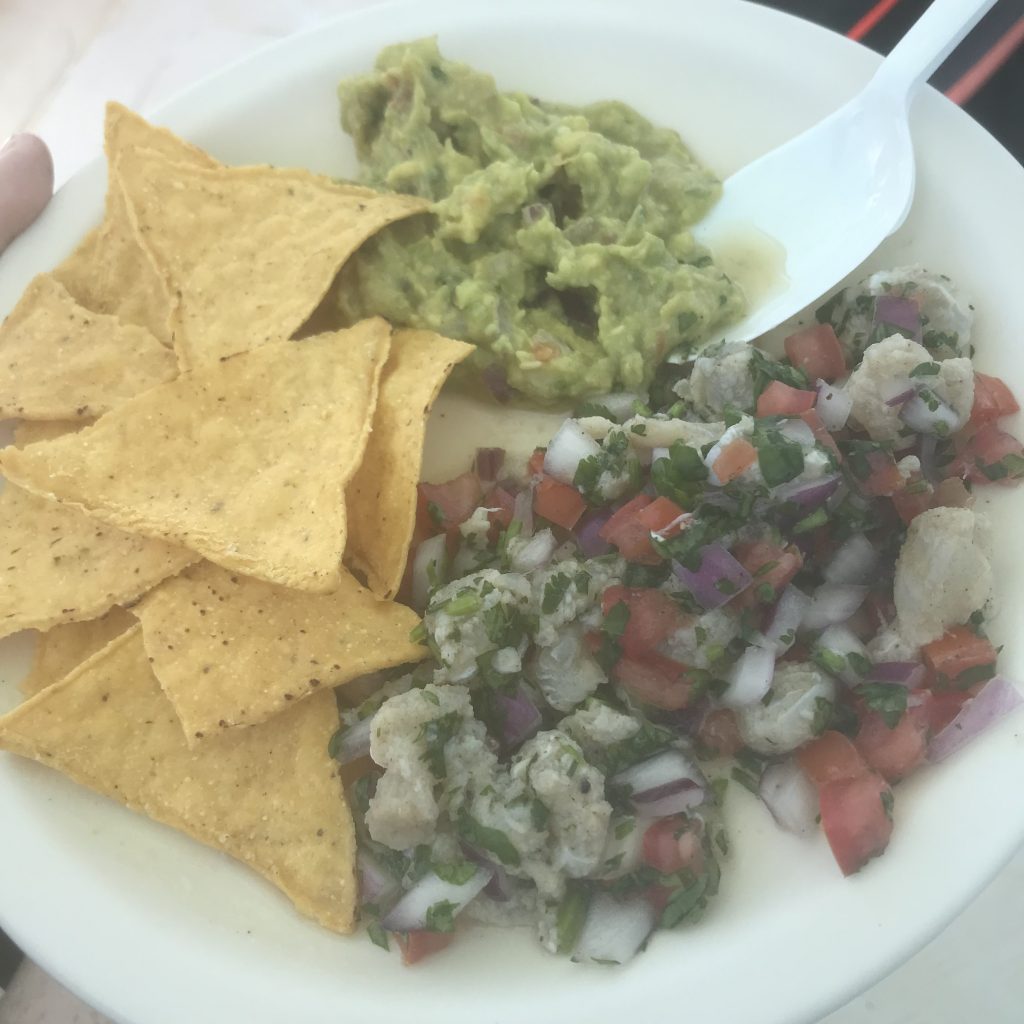 If I ever disappear, you can be pretty sure I will be in a boat off of the Isla Mujeres living this guy’s life 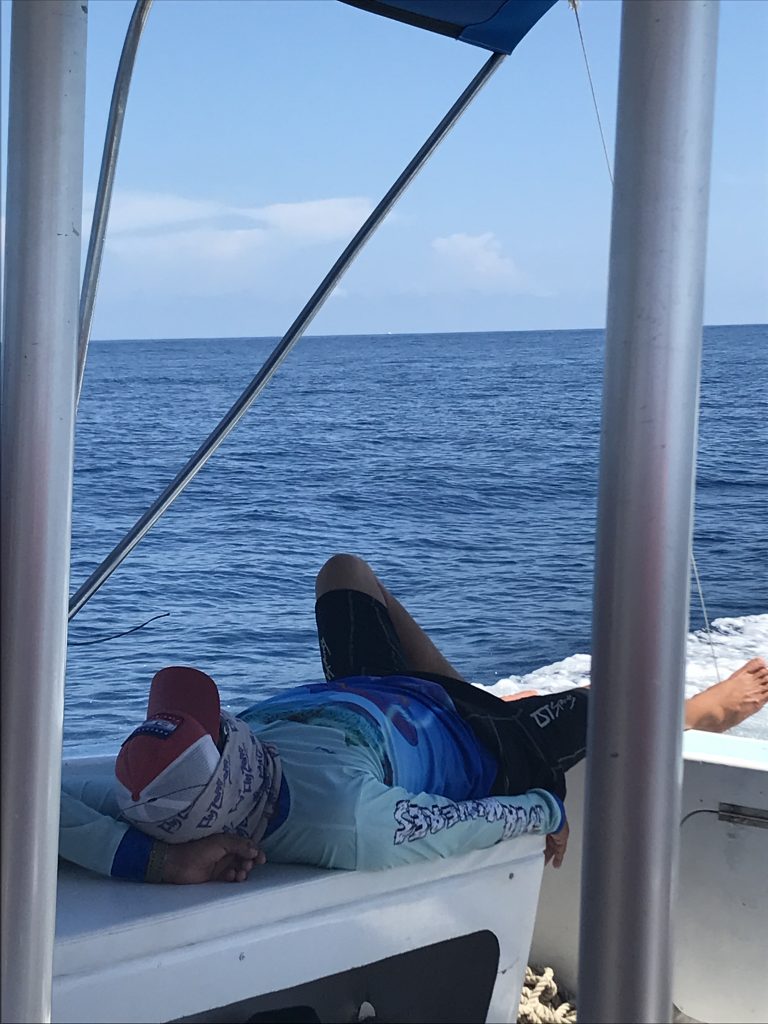 This entry was posted in Cancun, mexico, whales and sharks. Bookmark the permalink.