Sometime in the early 90s i had to write an essay about pornography, so i wrote about Pompeii. Ever since, I have wanted to visit these historic ruins. Since I wasn’t into the guided tour of the Vatican, i decided to see Pompeii on my own. Uncharacteristically, I had not thoroughly researched this part of the trip. And they did not have maps. And let’s face it, by this part of the trip i was pretty burnt out on antiquities anyways. 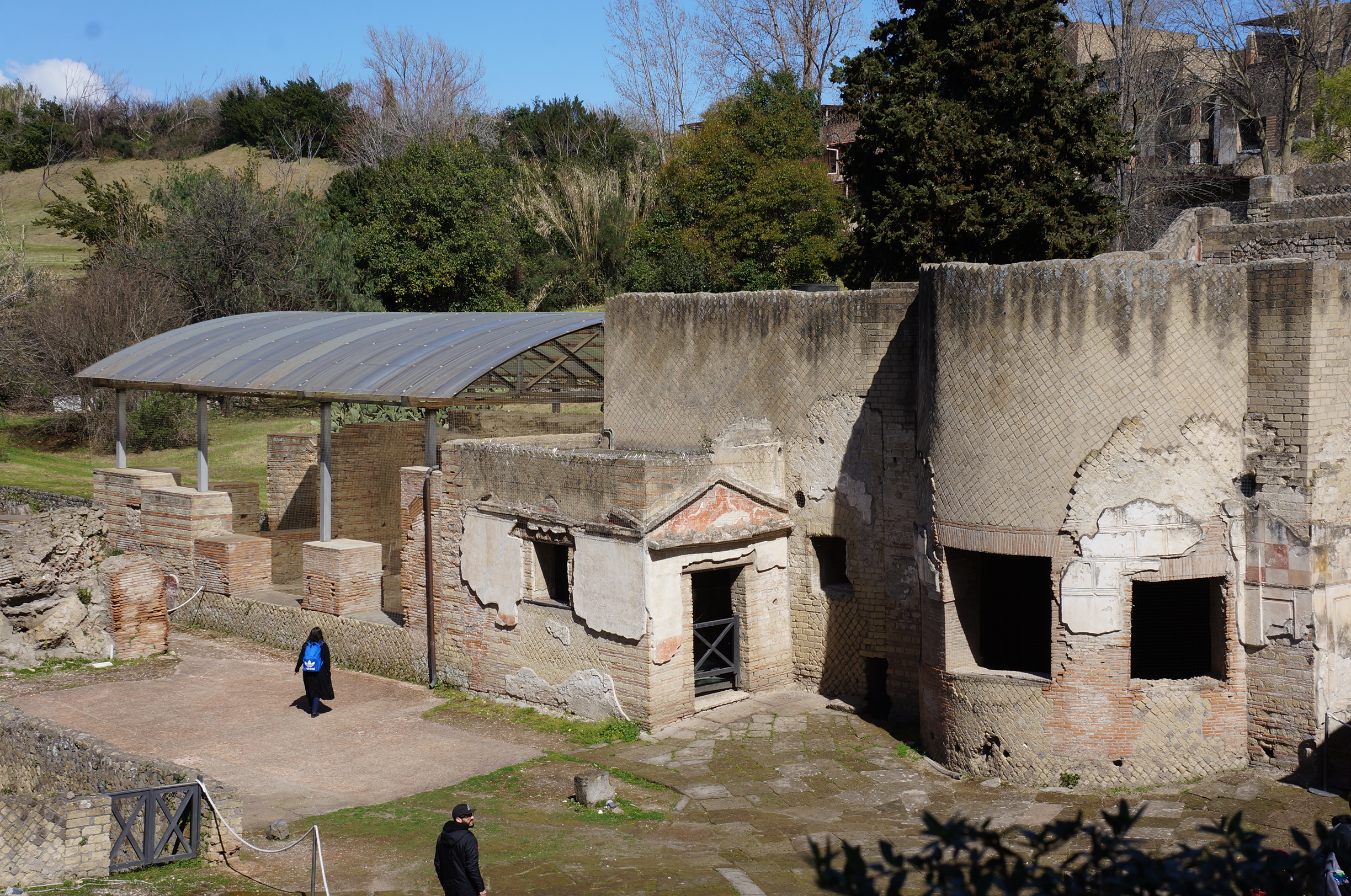 I went into the small museum to try to get the lay of the land, but their big model only showed thing like “Here is the Forum. Here is the Shrine.” It did not say ‘”Here is a fresco of a priapis. Here is the dog trapped forever in time.”

I left the museum via the back door and soon discovered that it only led to an exit back to the parking lot. Heading back to the museum, I see an old Italian woman and a British tour guide screaming at each other. The British woman was yelling, “I can’t understand you! Speak English!” Which strangely enough, did not make the screaming Italian woman speak English. They were blocking the stairs and I wanted no part of that scene, so I waited. But then I saw the Italian lady move aside to allow two park employees to pass, so I headed up the stairs.

Quick as a flash, her talon shot out to stop me. She clotheslined me and I nearly fell down the stairs. Then she started grabbing at me and screaming at me in Italian. I got the gist that she wanted to see my ticket. The “ticket” was a little paper receipt, and I had a purse stuffed with two week’s worth of trip receipts. I wasn’t going to start digging in it and lose my balance and fall down those stairs. So I yelled in Italian/Spanish and gestured, “No…I don’t believe you work here. They don’t hire crazy people!”

She started down the stairs, and I ran into the museum. But I knew she wasn’t going to let me get away with that. Looking for a sane employee, I ran into the bookstore and shouted, “There is a crazy person coming!” I immediately discovered as I looked into the eyes of 3 teenagers who must have been interns, that if you yell about crazy people, they assume YOU are the crazy person.

A lady who was clearly a “fixer” showed up and tried to pacify me in English. Then the old lady came in madder than hell that I had tricked her. She reached around the fixer, scratching and clawing at me. I yelled “Non mi toca!” Over and over again, which is a weird pidgin I made up for “Don’t touch me.”

Finally, I dug out my receipt, the old lady went away and the fixer walked me to the front door. I asked her which way I should go to see the frescoes and dead people trapped in time. She didn’t understand, so I put a shocked look on my face, held my arms up as if to shield myself and froze in place. She said, “Ohhh they are over there” and indicated the left side of the road.

There are ruins everywhere, and little buildings, I saw a few frescoes and carvings but I was not that impressed. Yet. 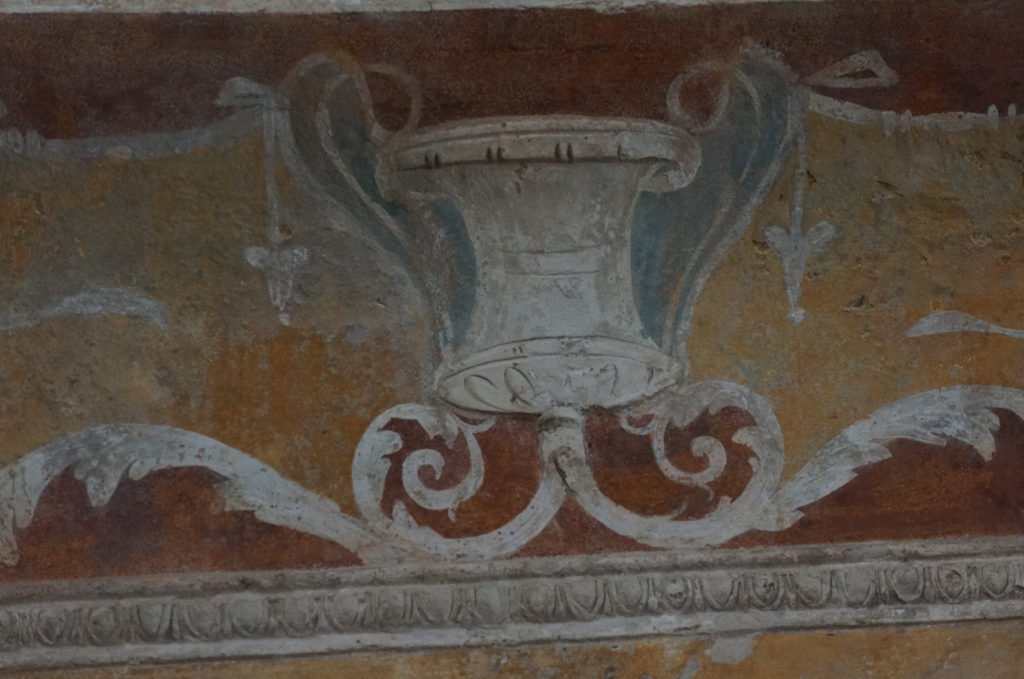 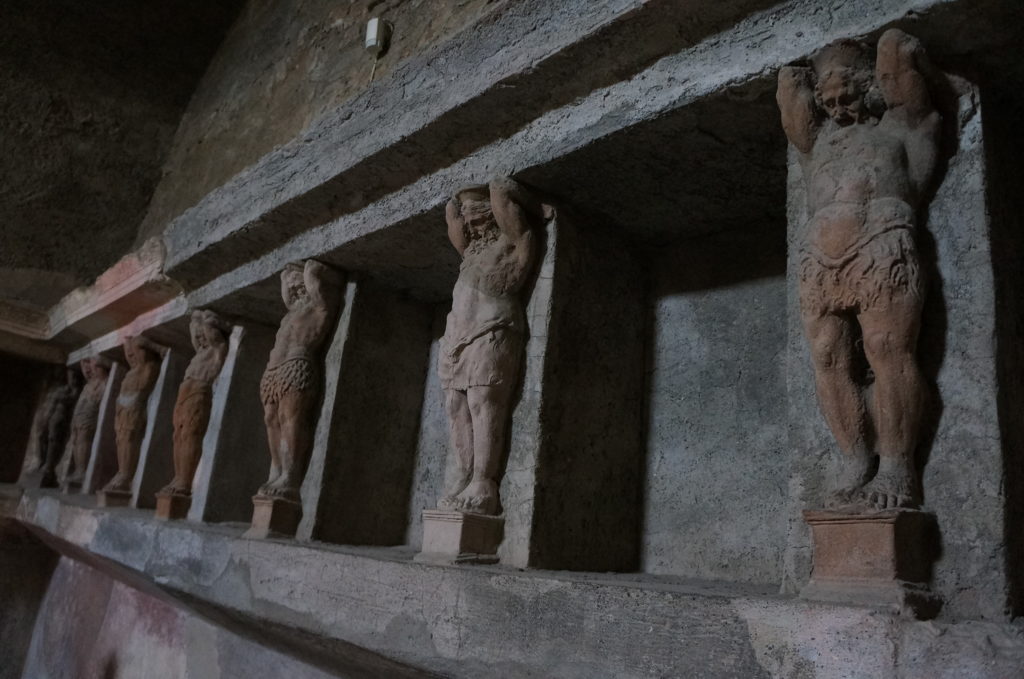 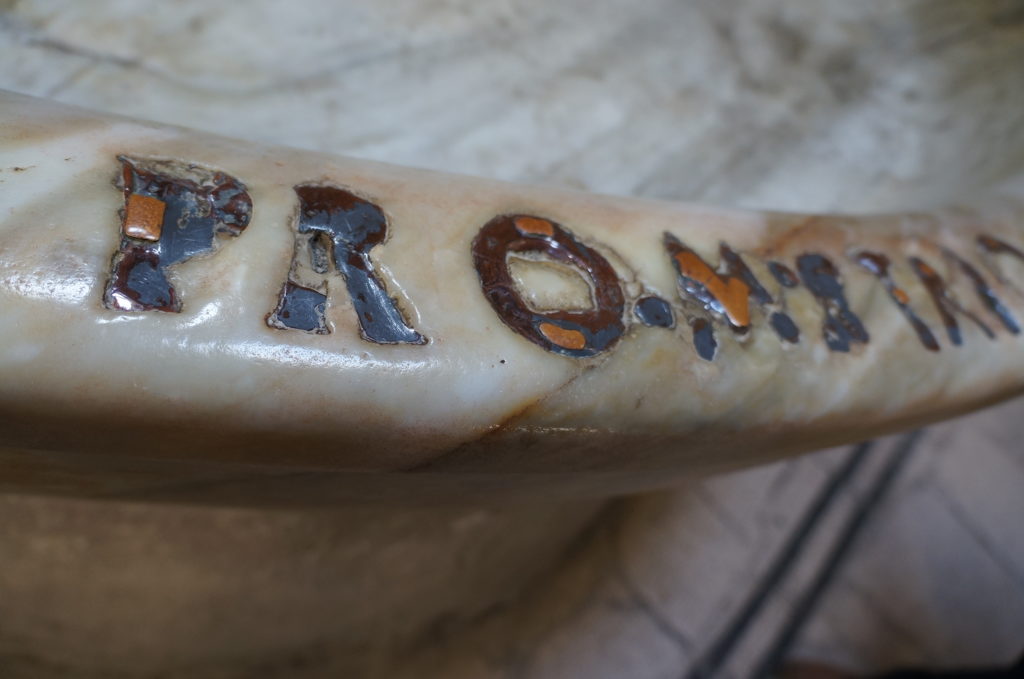 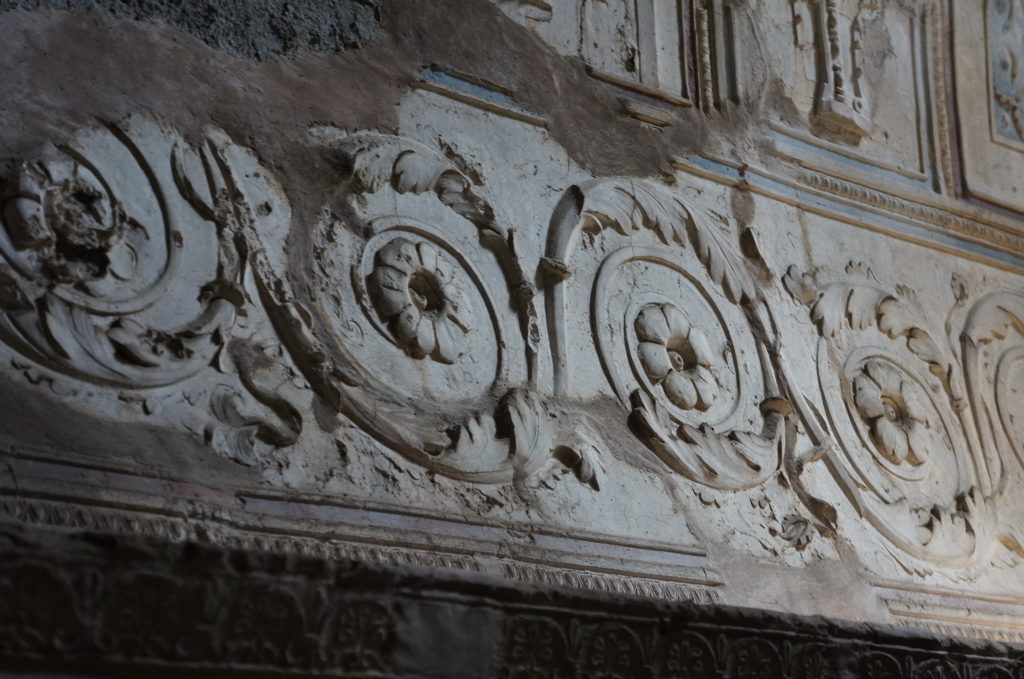