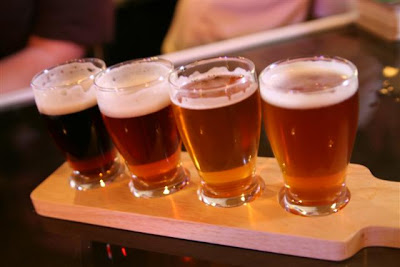 When friends come to visit my Magnolia Park neighborhood, they sometimes ask where my “local” is. I’m left blank, because we don’t have a local here like we did in Los Feliz. Other than Tinhorn Flats and the standing bar at a few restaurants, this hood has been devoid of a comfortable watering hole. 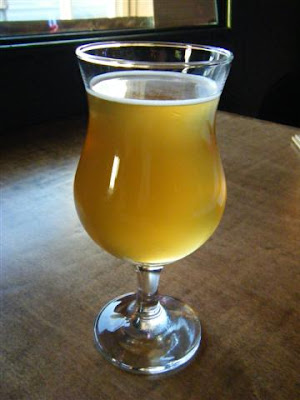 That is, until Tony Yanow came to town and renovated a little hole-in-the-wall to create the first draft-only “bottle-less bar” in Burbank. All of the bartenders at Tony’s Darts Away are experts and can help you choose from the 30-plus rotating beers on tap. 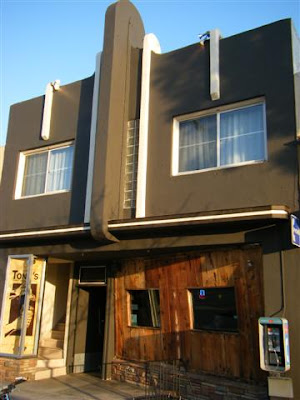 The bar serves only the best locally sourced craft beers available. In keeping with his green philosophy, Tony’s goal is to narrow the geographical gap between the brewer and the customer. By keeping the “beer miles” low, it decreases the carbon footprint. The menu is heavy on IPAs because IPAs are a true California innovation. 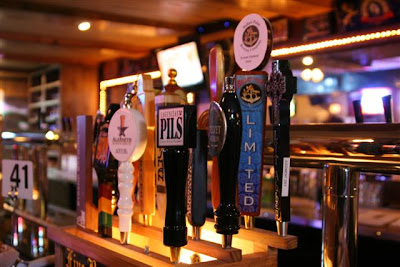 Beers are served by the glass, “honest pint” or in some cases, in a tulip glass. The best way to get a feel for the beers is by buying a “flight” or sampler of four. Ask the knowledgeable barkeep for your preference, be it sweeter beers, IPAs, a combination, or even something “hoppy” and they will come through for you. You can also pick and choose your own flight from the menu. 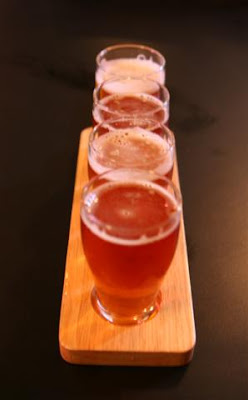 In addition to craft beers, Tony’s brought in sommelier Andy Lynch to select wines from California red and white varietals, all served on tap (as well as a few sodas for the teetotalers). 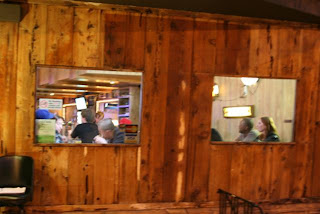 Another interesting difference is Tony’s bar food. Whereas a token vegan dog is usually hidden down near the bottom of the menu, Tony’s displays them front and center. Four kinds of vegan sausages join the other locally sourced artisanal sausages. 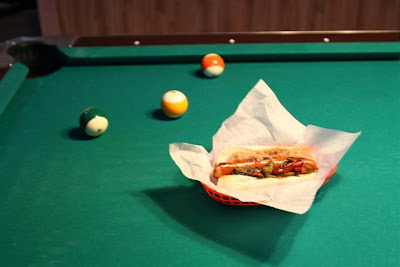 So far our favorite has been the bratwurst. There are a number of vegan toppings, including a vegan cheese and a garlic aioli. For the carnivores, we recommend straight-up mustard and peppers as being the best match for the sausages. 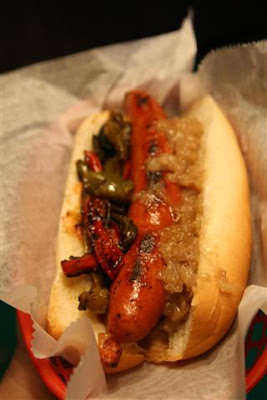 Surprisingly for bar fare, the salads are actually at the top of our list. The beet salad is a definite winner. 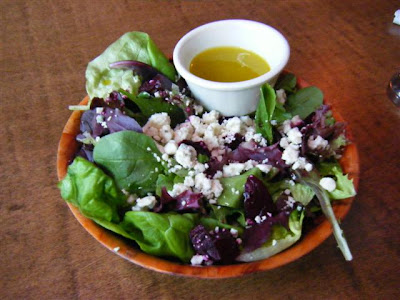 The hand-cut chips and curly onion strings don’t hold a candle to the sweet potato fries. They come covered in a sweet glaze, but if you ask real nice they might make you a special batch of naked sweet potato fries to dip in that garlic aioli. 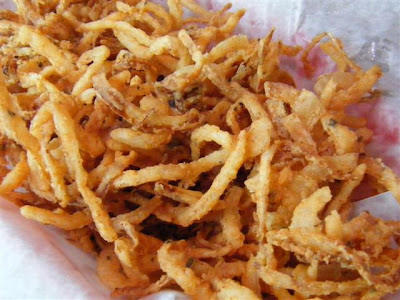 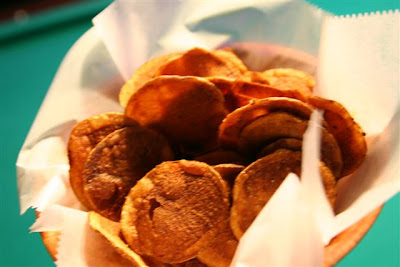 The one wrench in the works is the size of the game area. It is so small that the pool table, dart board and satellite jukebox are all crammed up against each other. It is virtually impossible for people to play both darts and pool at the same time. And if you want to put another dime in the jukebox, baby, be careful you don’t get a dart in the forehead.

Update:
We just returned again tonight and they had moved the jukebox to avoid dart accidents. It was perfect for our crowd of college-aged visitors. 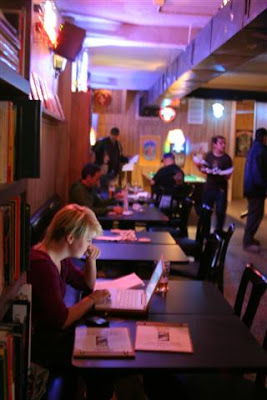 The service and vibe are friendly with just a touch of dive still hanging in the air. A marijuana leaf sticker and the occasional broken glass keep the place from being too hip for its own good. So pull up a barstool, because we finally have a place to call our “local”. Oh, and don’t play pool with George. You can’t beat him. 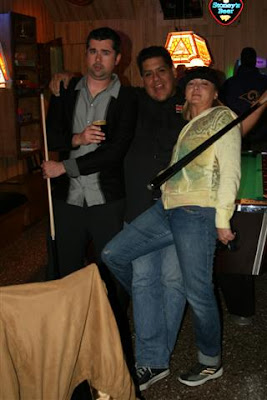 I like catfish. Sure, we all like catfish, but I think for me it is somehow deeper.
View all posts by Kiki Maraschino →
This entry was posted in bars, Burbank, hot dogs. Bookmark the permalink.