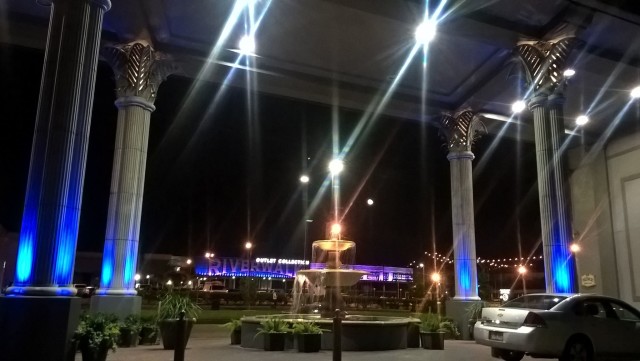 In order to get low fares, I had booked our flight out of LAX at 5:50am. We had to get up at 3am! We figured we would drop off the luggage and then wander around like zombies until check-in time. Well, apparently I had signed up for some Omni membership plan because they upgraded us — and our room was ready. Right away. Oh heavenly sleep! We were snoring away in the comfy beds when someone knocked on the door. 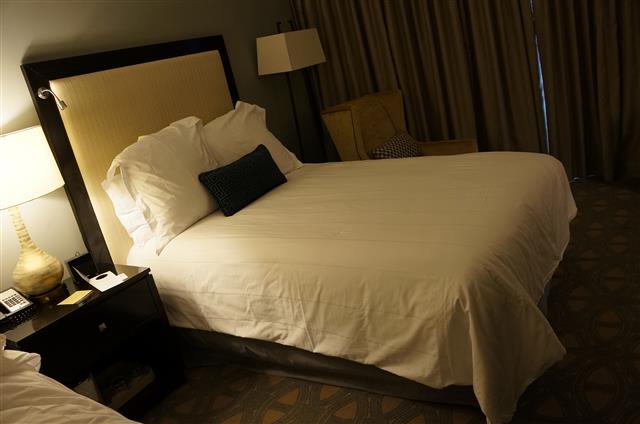 “I’m a hotel employee ma’am. We have an amenity for you.”

As soon as I opened the door I felt like an asshole because they were bringing up a birthday cake and a card signed by the employees for me. SO SWEET.

A little while later we were awoken by the telephone ringing. Bob answered and they asked him if he wouldn’t mind looking for a Hawaiian shirt a previous occupant had forgotten. Bob asked if they could do this later. They told Bob, “He is standing here and he is very…insistent.” So Bob had to turn the light on and I suggested Bob take his own Hawaiian shirt down and insist it was the only one he found in the drawer. But Bob understands that there are people who don’t appreciate my sense of humor, and he produced the man’s shirt.

We woke up later in the afternoon and discovered an envelope on the floor. I cooed, “oooh! Another amenity!” It sure was. Inside was a card apologizing for housekeeping’s lack of thoroughness and a credit for $100 to be used all at once. They only had a small cafe, but the Omni Royal was home to the much-awarded Rib Room, so we made a reservation for Tuesday night. 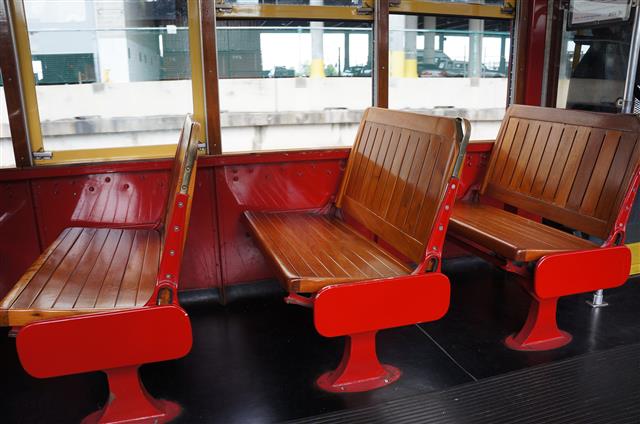 It was still sunny, so we took the Riverside streetcar to our favorite local place on Decatur: Coops. The streetcars don’t turn around. There is a steering wheel on either end. So when they hit the end of the line, the operator walks down the row slapping the seatbacks so that they slide to the opposite side and are now facing the other way. 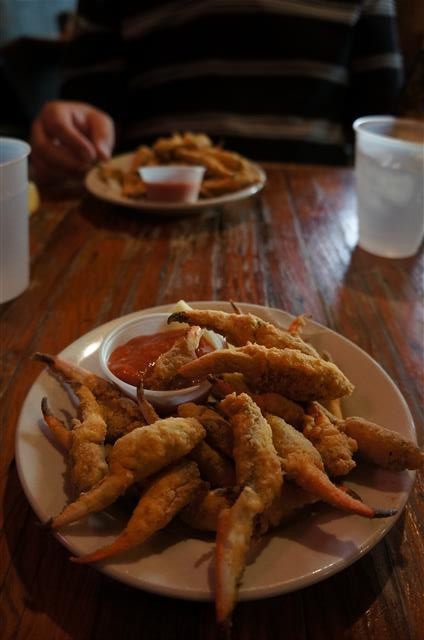 My favorite thing at Coops is deep fried crab claws with an intense horseradish cocktail sauce. Bob usually gets pasta opelousas, but this time he ordered the sauce on a chicken breast instead of fettucine. I ordered a side of rabbit jambalaya, which was much spicier than I remembered. 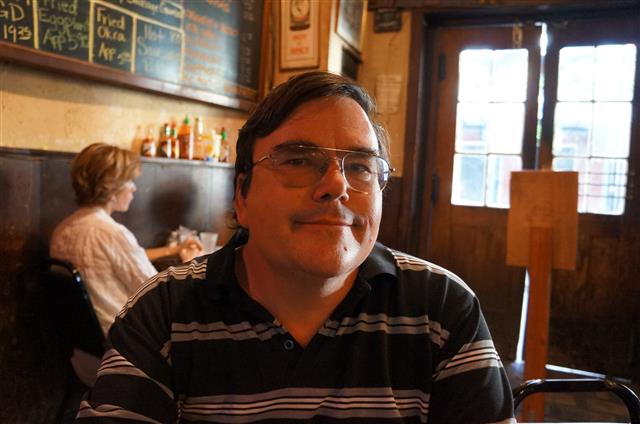 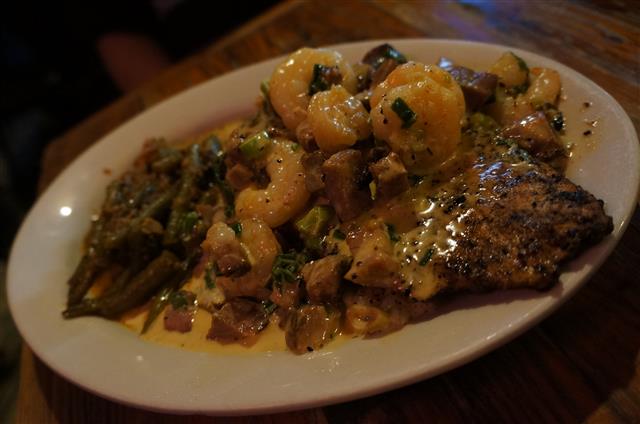 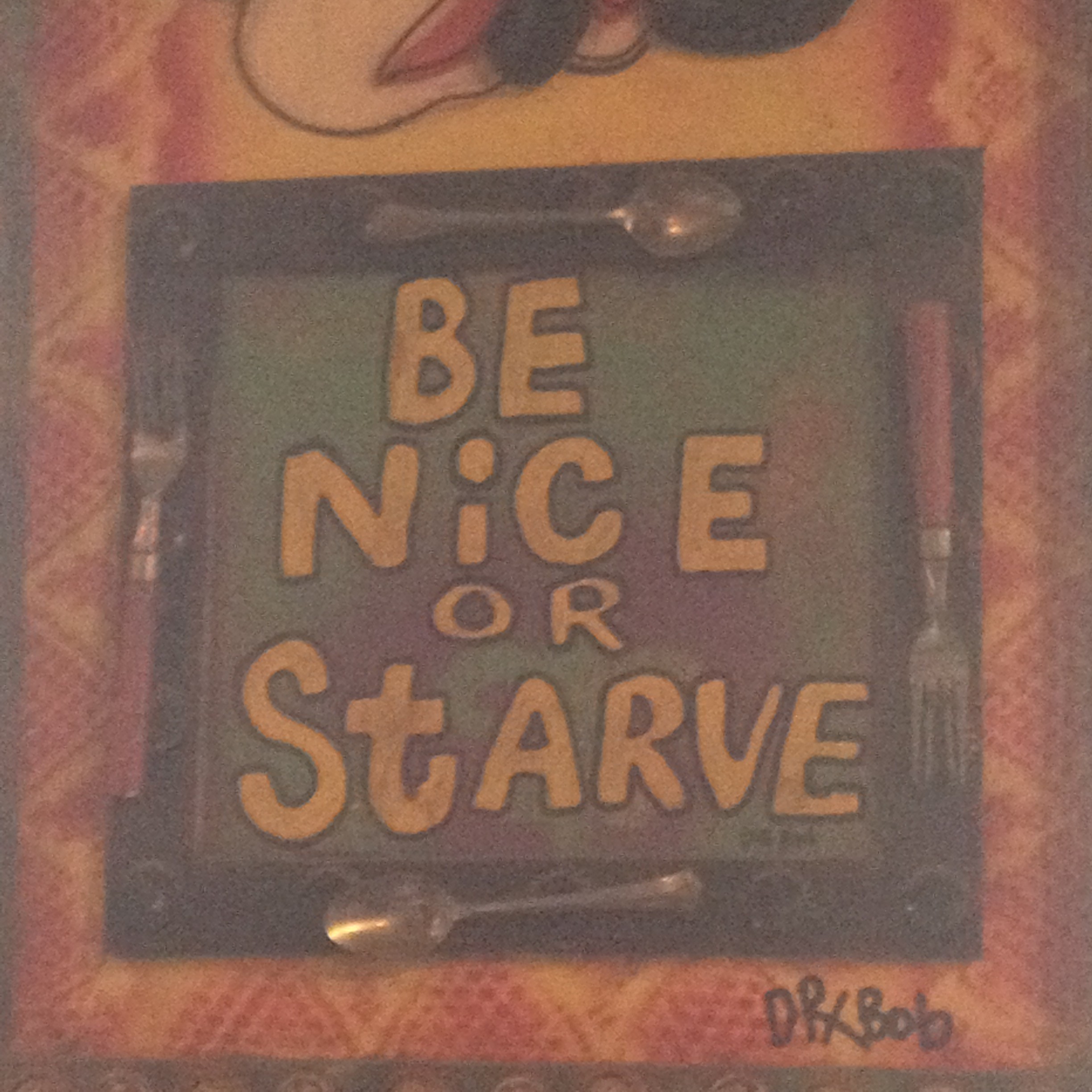 I like catfish. Sure, we all like catfish, but I think for me it is somehow deeper.
View all posts by Kiki Maraschino →
This entry was posted in chicken, New Orleans. Bookmark the permalink.