Posted on September 26, 2009 by Kiki Maraschino 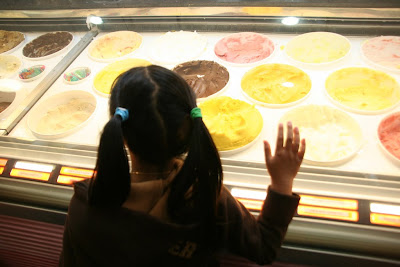 When I like something I cannot get enough of it. So after finding out that there was a shop serving wasabi gelato I was all over it. La Casa Gelato serves over 200 flavors of gelato, and has been for 20 years. They actually have over 500 flavors, but keep 218 in rotation at all times. They started out in 1982 serving pizza and ice cream, but soon focused solely on gelato. Owner Vince Misceo insists on real eggs, cream, and “no air”. 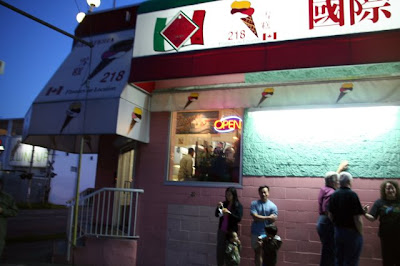 They are ready with ample sample spoons. As the owner acknowledges, they bring customers in with the wasabi and sell them the chocolate. The unusual flavors tend to go wayyyy out there. Corn, vinegar, radicchio, blue cheese, and dandelion just to name a few. The curry ice cream was hot enough to leave a burning sensation on my tongue. Way more than the wasabi did. But strawberry-jalapeno is the only one that tore my face right off. 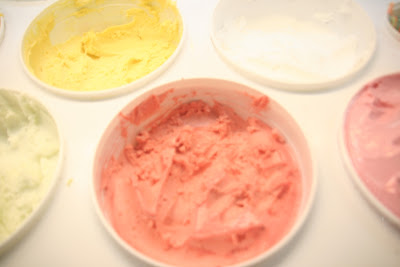 In addition to spicy and savory flavors, La Casa Gelato has a huge selection of Asian flavors, including many fruits you have never seen in this form before. Lychee, starfruit, red bean, taro, jackfruit, black bean, Oh, and I LOVE durian, which my nephew thinks is insane. It tastes a little like skunk, and a little like the scent they add to natural gas. But lurking under all of that weirdness is the most delicious, dark, satisfying flavor. There is a reason people eat it. 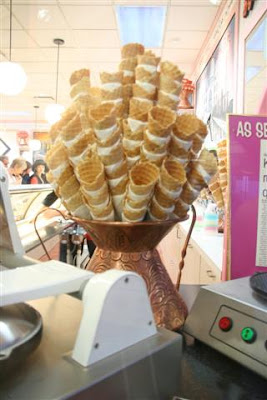 I ended up getting a double cone of lavendar and Hedgehog. 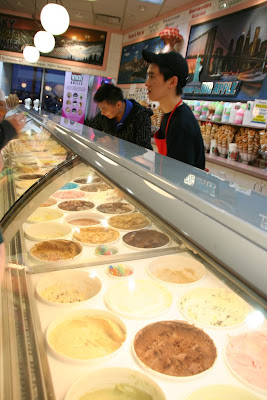 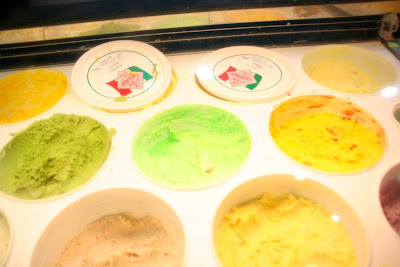 Oh, and you can get ice cream cakes! I can’t wait for my wasabi birthday cake! 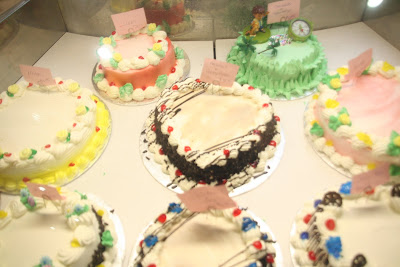 PS I just had to include this shot 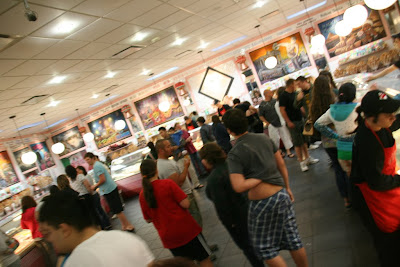 I like catfish. Sure, we all like catfish, but I think for me it is somehow deeper.
View all posts by Kiki Maraschino →
This entry was posted in Canada, Vancouver. Bookmark the permalink.