Posted on September 24, 2009 by Kiki Maraschino 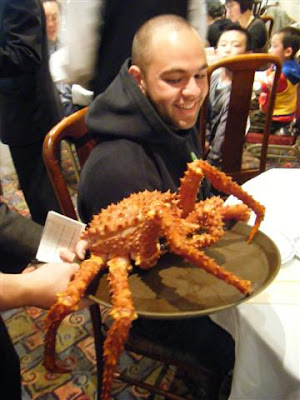 Whenever I visit an aquarium they always have a gigantic King Crab. Part of me is standing there thinking about the wonders of nature, and part of me is thinking, “If not for these guards, buddy, it would be you, me, and a pound of melted butter.

When I sent out a general Facebook request for Vancouver restaurant suggestions, none other than Jonathan Gold recommended Sun Sui Wah. Now, that is a recommendation to heed. If Jonathan Gold picked something up off the sidewalk and told me to eat it I probably would – no matter what Lux Interior said. 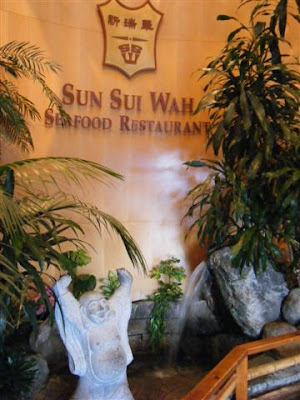 Sun Sui Wah started out in Hong Kong and became famous there for their squab. During the 80s they opened up two locations in Canada – one in Vancouver, and one in Richmond. The restaurant is set up for banquet facilities with a bride’s changing room, and as the website says, “A party of twenty! No problem!”

When we arrived at the restaurant, they were indeed hosting a wedding reception. We had to park a few blocks away since the ample parking was taken up by wedding guests. 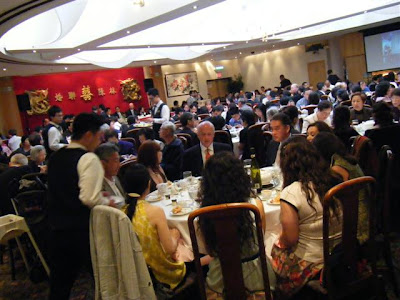 The bride in red 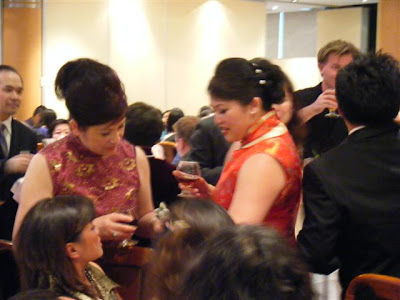 At this point my mom was ready to bail. But they offered us a corner crammed up against the seafood tanks, and Justin was down for the adventure. I was tempted to ask them to just bring us the same food as the wedding guests. 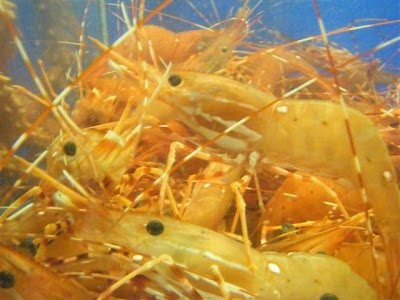 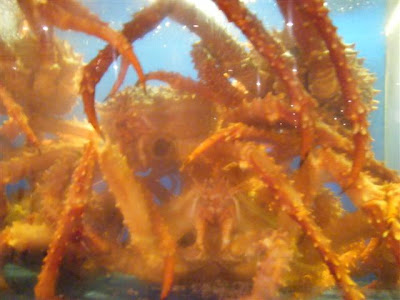 But the thing to have here is the Alaska King Crab.

Alaska King Crab
Indigenous to the deep clear waters of Alaska and free from pollutants, the Alaska King Crab is truly King of the sea with tender juicy sweet meat.

Following my family’s Chinese restaurant tradition, everyone at the table gets to order one dish. My mom ordered chicken/lettuce wraps (Ants Climbing Tree), which was a familiar and comforting dish. But I was saving my appetite. 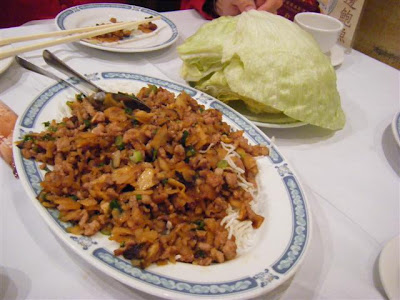 and my nephew ordered the squab.

The Famous Roasted Squab
The famous roasted squab, a signature dish marinated with a secret blend of seasoning and spices to bring out the best flavors, roasted till crispy with tender juiced meat. One taste and it becomes habit forming. Although the squab is a delicacy more familiar to the Asian culture, now everyone is discovering its’ delicious taste and health values. 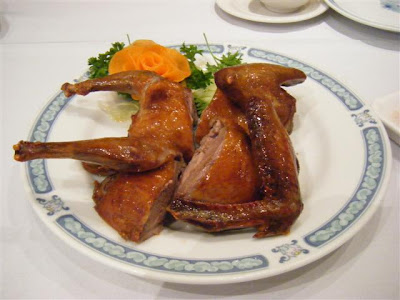 I split the squab with him. The skin was crispy and laquered, the meat was juicy and tender without the gaminess I had expected. 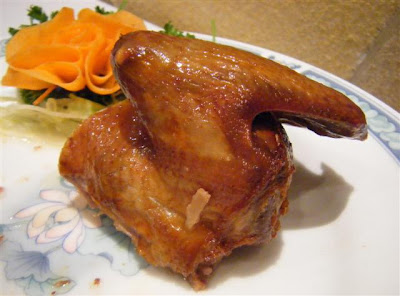 Really, we should have only ordered one thing. It was an insane amount of food. But damn it, I was there to have crab and God help me I was gonna have crab. I asked for the smallest crab. They brought a live one out for our inspection, and in spite of it frightening nearby diners, I nodded my approval. 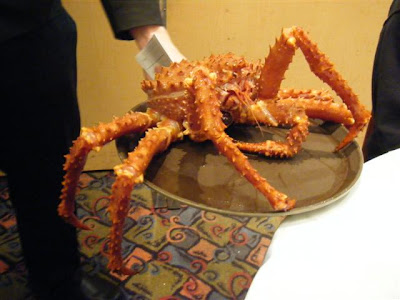 They offered me the crab two ways, so I chose steamed with garlic and cooked with curry. By now my mom was practically rolling her eyes at the insanity. But I was on a mission – a crab mission.

Try to imagine the most delicious seafood you have ever tasted – fresh, intense and clean. Now multiply it by a thousand. The first course was not as buttery as I expected, and the garlic was intense, but the meat was so sweet, so succulent…the perfect crab. I must admit, the crab legs seemed endless – each leg was split into four, and it became a test of fortitude. 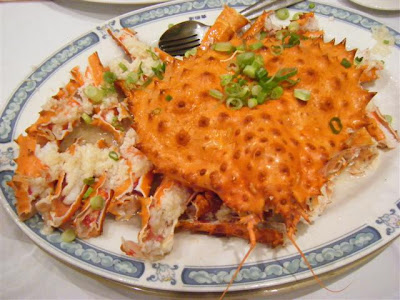 When the second course of curried crab arrived, my nephew just shook his head. I was on my own. The creamy, rich sauce was a nice follow-up to the intense garlic. It was smooth and flavorful. My mom stared at me with a mixture of disapproval and horror. 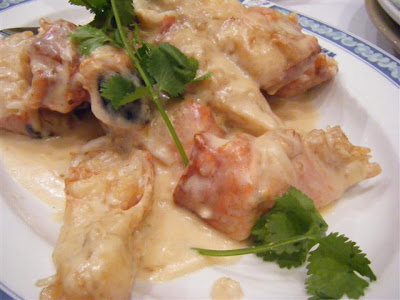 When the bill arrived, I snatched it up as fast as I could. As we left, my mom muttered, “That crab probably cost you 200 dollars.” When I got the credit card bill in USD, it came out to 80 dollars. And it was worth every cent. 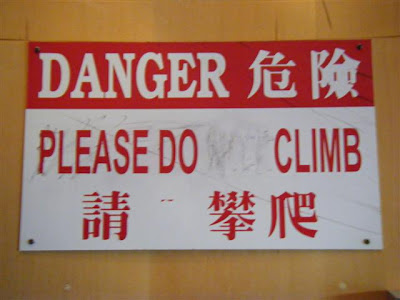 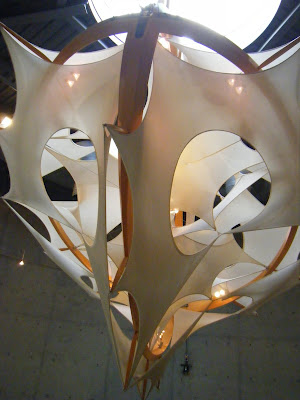 I like catfish. Sure, we all like catfish, but I think for me it is somehow deeper.
View all posts by Kiki Maraschino →
This entry was posted in Canada, Chinese restaurant, Vancouver. Bookmark the permalink.

One Response to Vancouver: Obey Jonathan Gold at any Cost