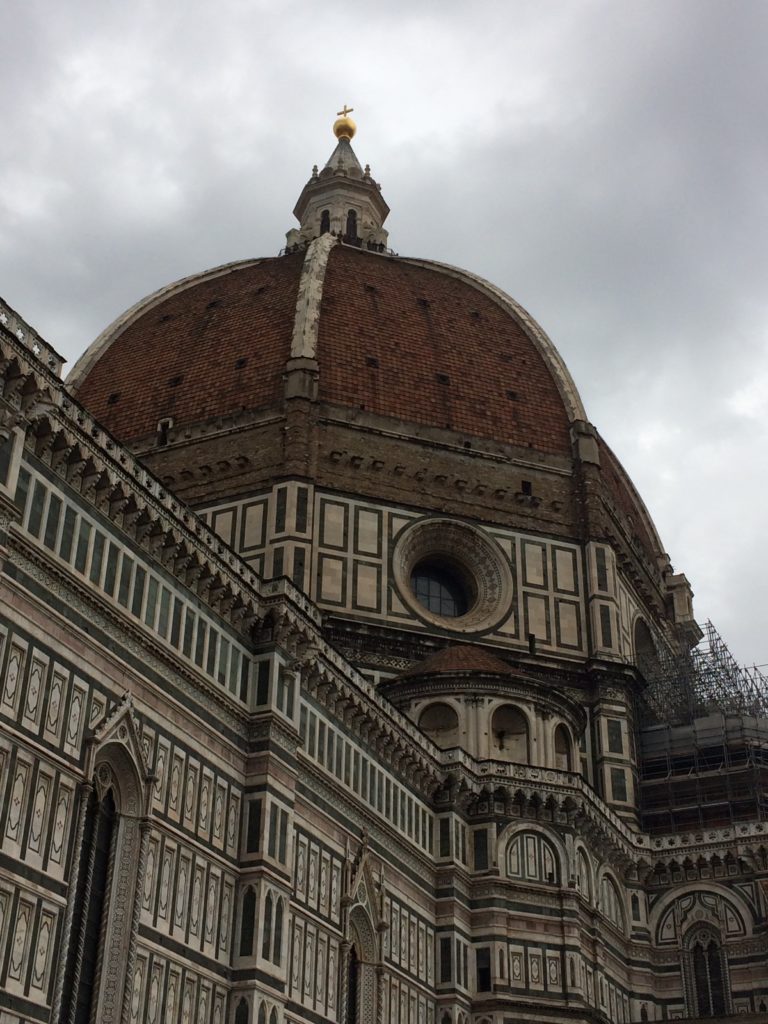 At 4 in the  morning on our last night in Rome, Bridin told me she couldn’t leave me alone in Italy with my terrible cough and she found an American hospital to take me to. I was sure it was just allergies and jet lag, but I thought about how frustrating it was to talk my mom into going to the hospital, so I acquiesced.

After an exceedingly long Uber trip we finally made it to the desolate hospital, where we were greeted by the most debonair man I have ever met. He was wearing a finely tailored Italian suit and he smoked cigarettes, which somehow looked cool like in old movies. When he spoke English he had a Jersey accent. I thought maybe this place is where people in NJ come from? But Bridin asked him and he had spent most of his life in Jersey.

The doctor told me I had bronchitis and wrote a note to the pharmacy. I was surprised they would accept a note. After filling the prescription the pharmacist gave me the note back with some antibiotics. He also gave me this stuff, which got me WASTED. 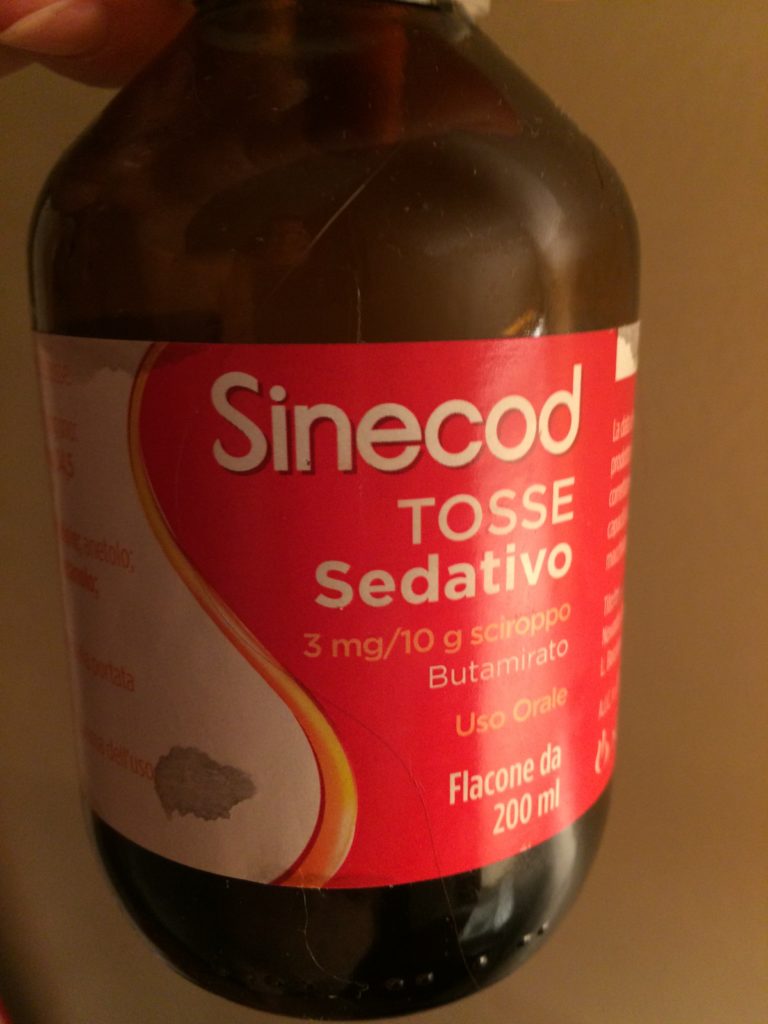 The train ride was lovely. Paying an extra 20 bucks for business class is really worth it. The chairs are super-comfy. 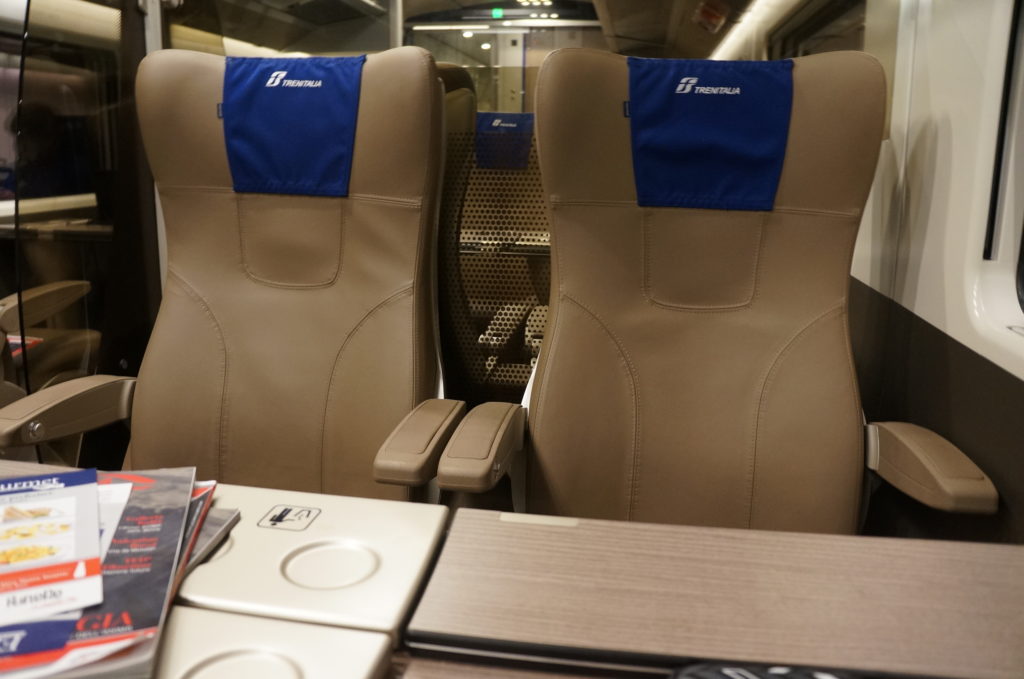 And you pass all of those mustard-colored houses and Cypress trees from your Under the Tuscan Sun fantasies. 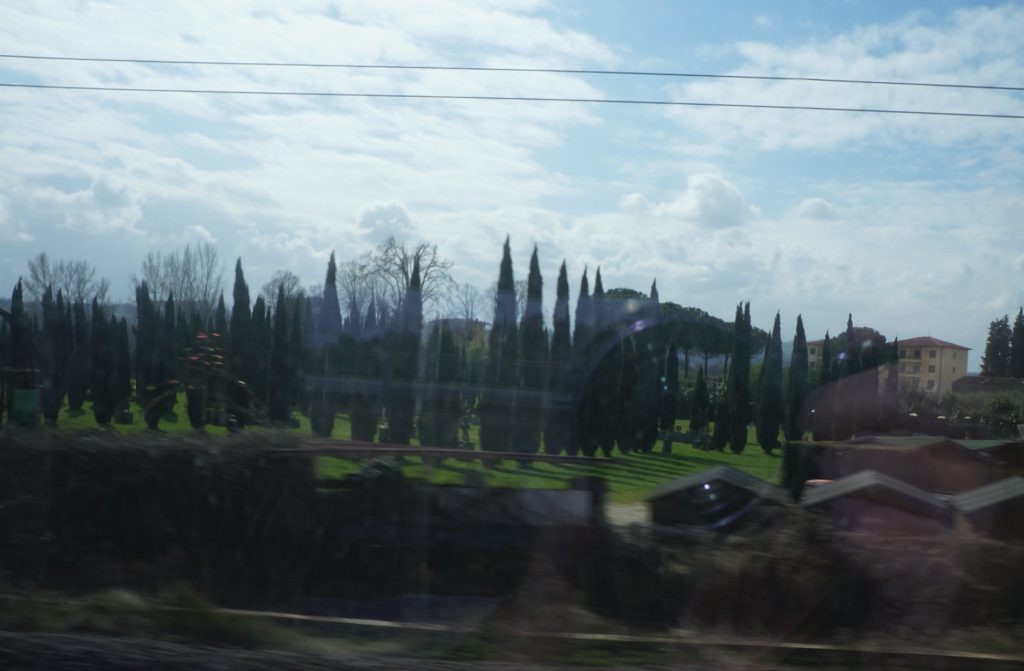 But if you have an international adapter, make sure not to put the wrong plug in the socket. A big flash went up and everyone in my train car looked worried, then they all Tsk-tsk-ed me. They actually made that sound. 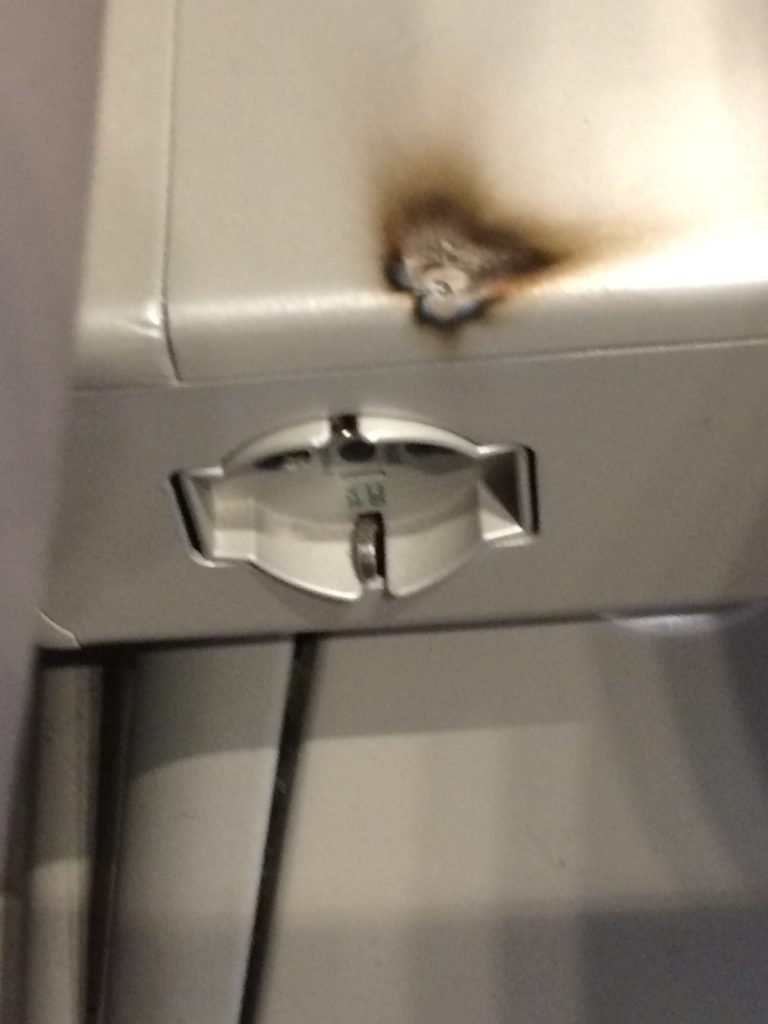 Hotel Cavour was very fancy and the people were friendly. Fewer people spoke English in Florence than in Rome, but they were much more helpful and patient. 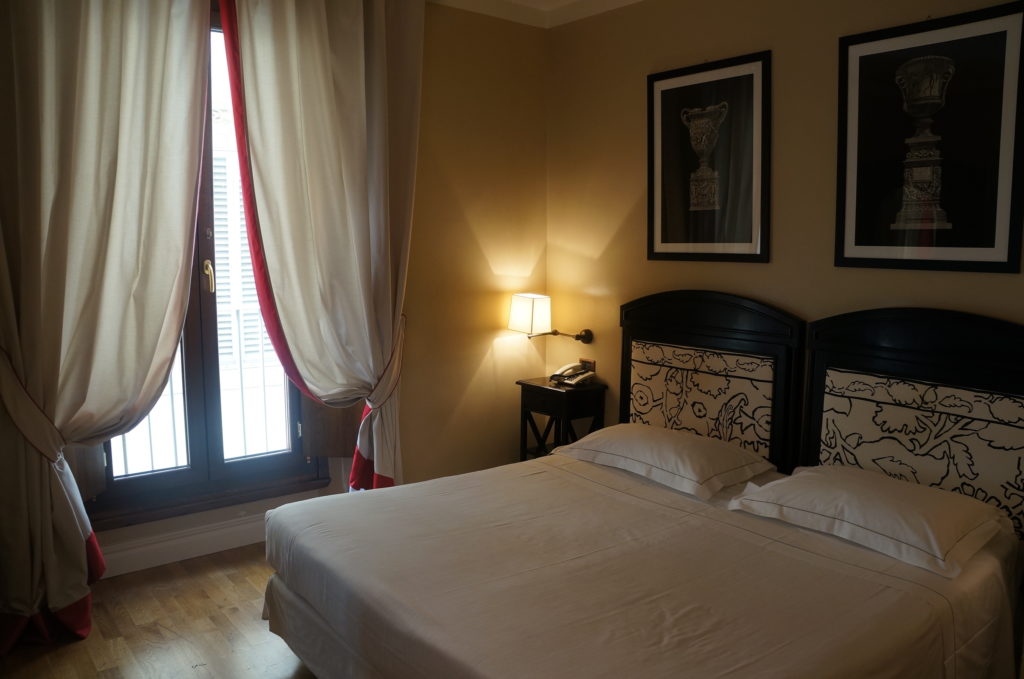 I had to rest and get better, which sucked because I wanted to see the museums and I had packed a special dress for the opera. But if you have to be sick, a luxury hotel is the place to do it. I felt like Eloise at the Plaza. Unfortunately, the hotel had no room service, but they did serve an American-style buffet breakfast. The cut-up hot dogs were understandable. Someone must have convinced them, really! They eat sausages for breakfast in America!  The steamed vegetables were a little more perplexing. 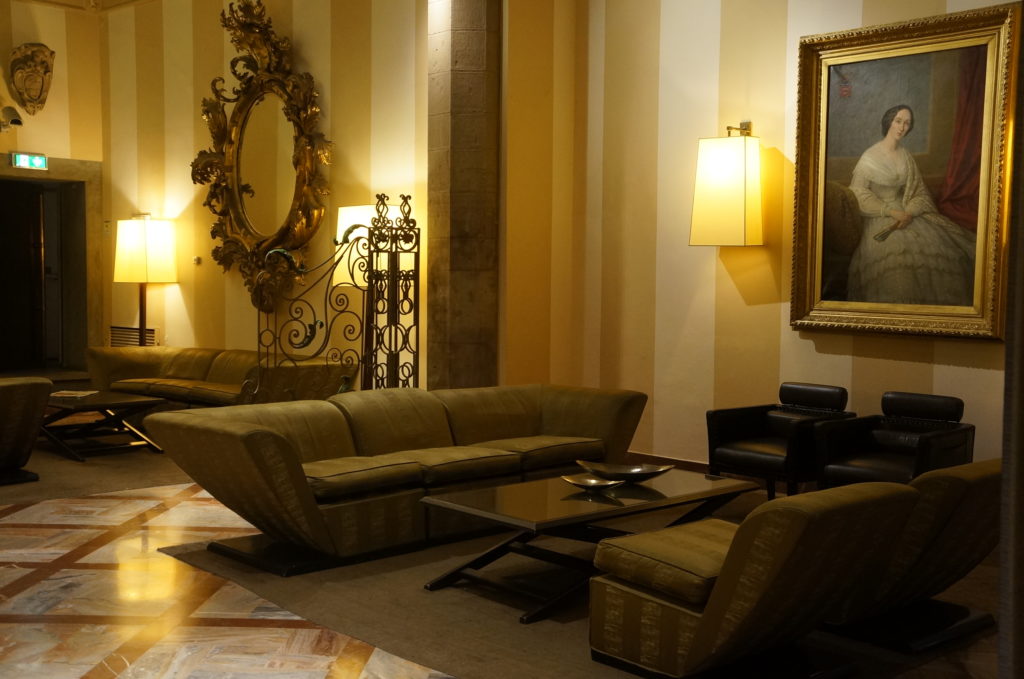 Don’t you totally want this couch? 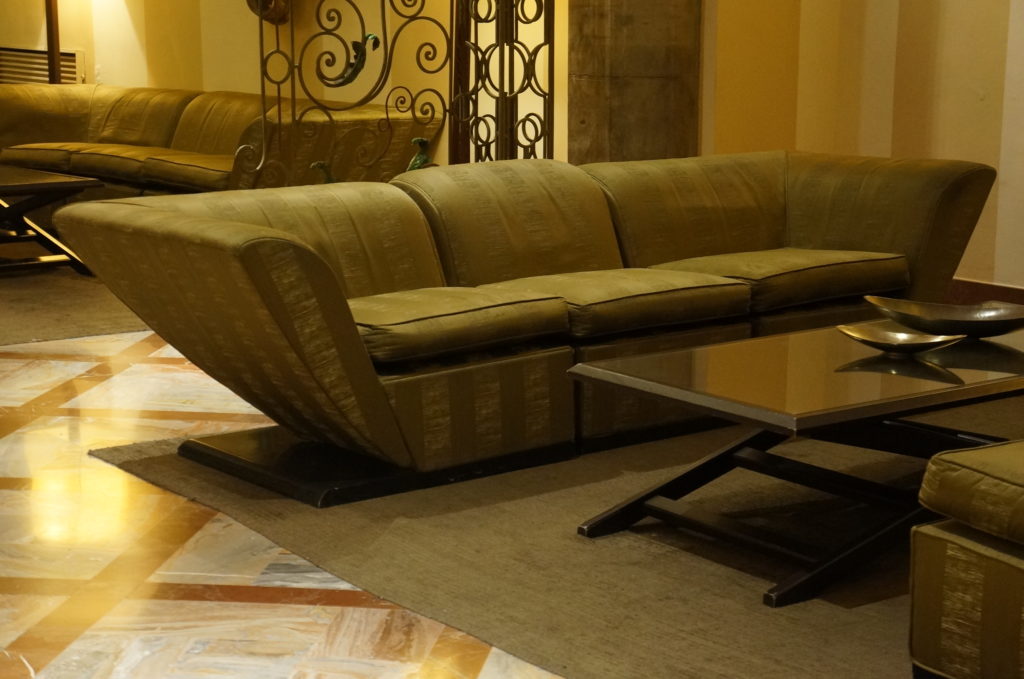 I would like this mirror, but a little more ornate, please. 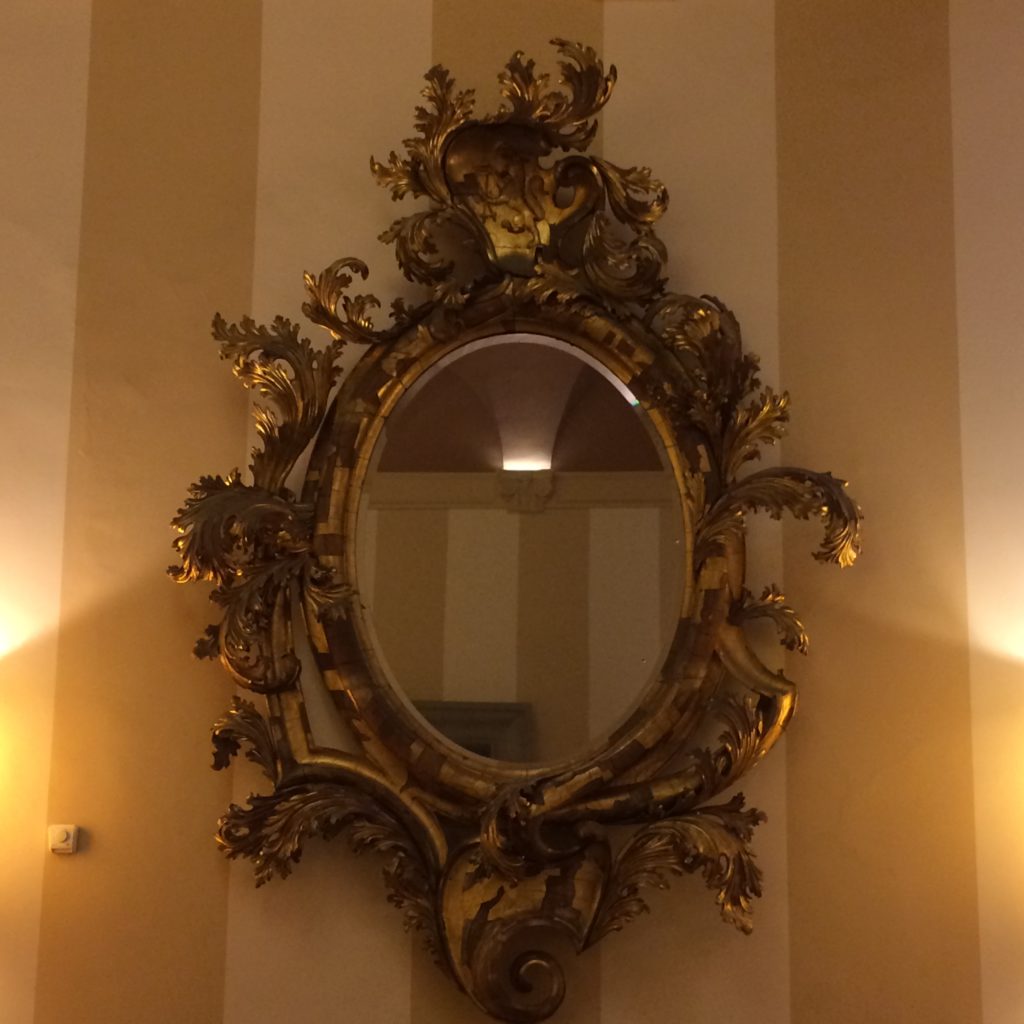 I forgot that in Italy the ground floor is 0, not 1, and I pressed 1 in the elevator and came upon this when the doors opened… 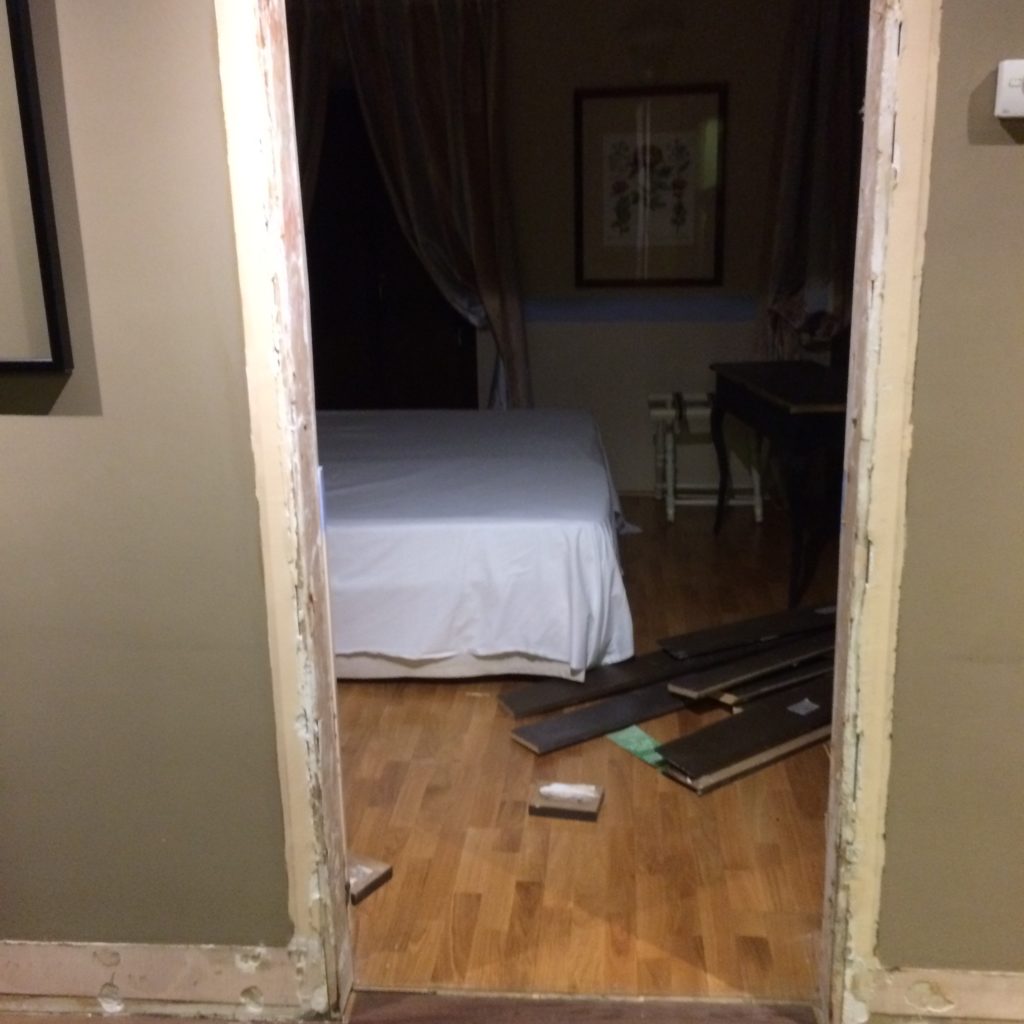 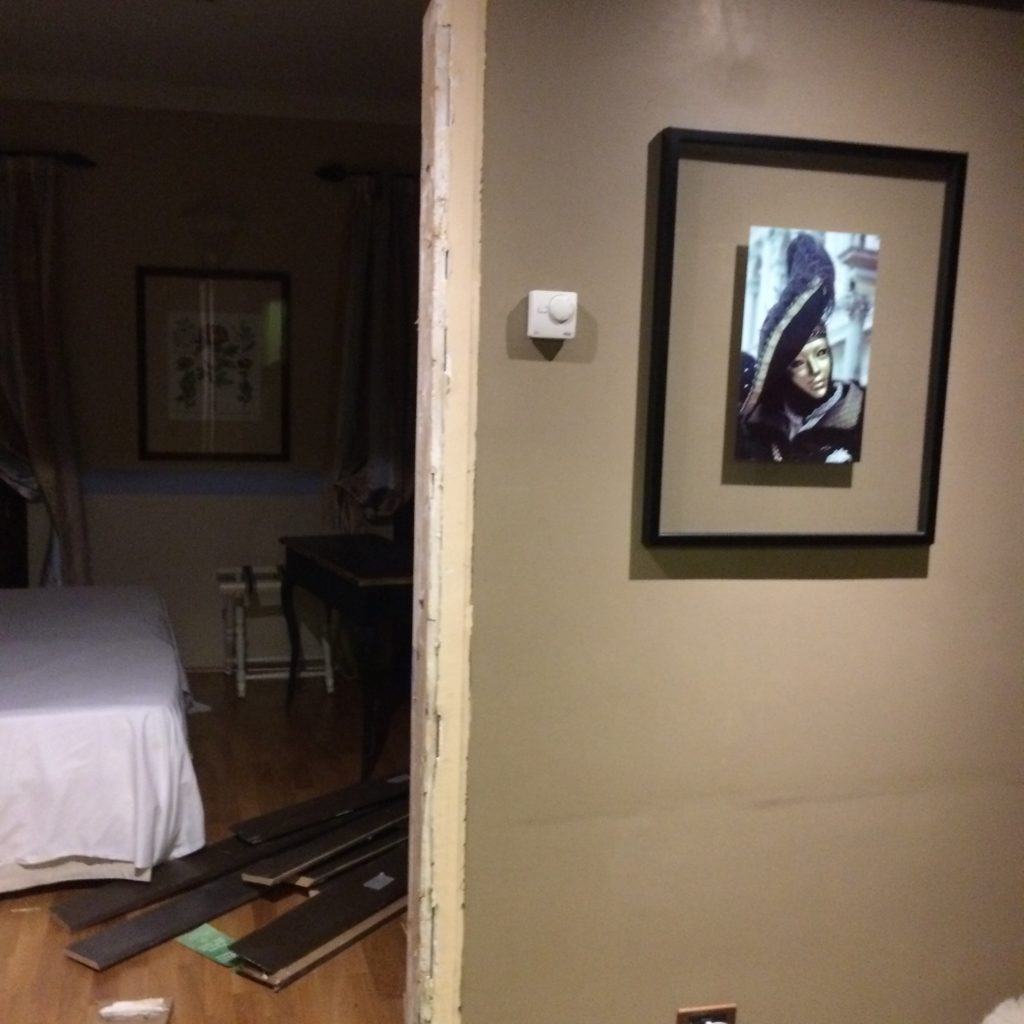 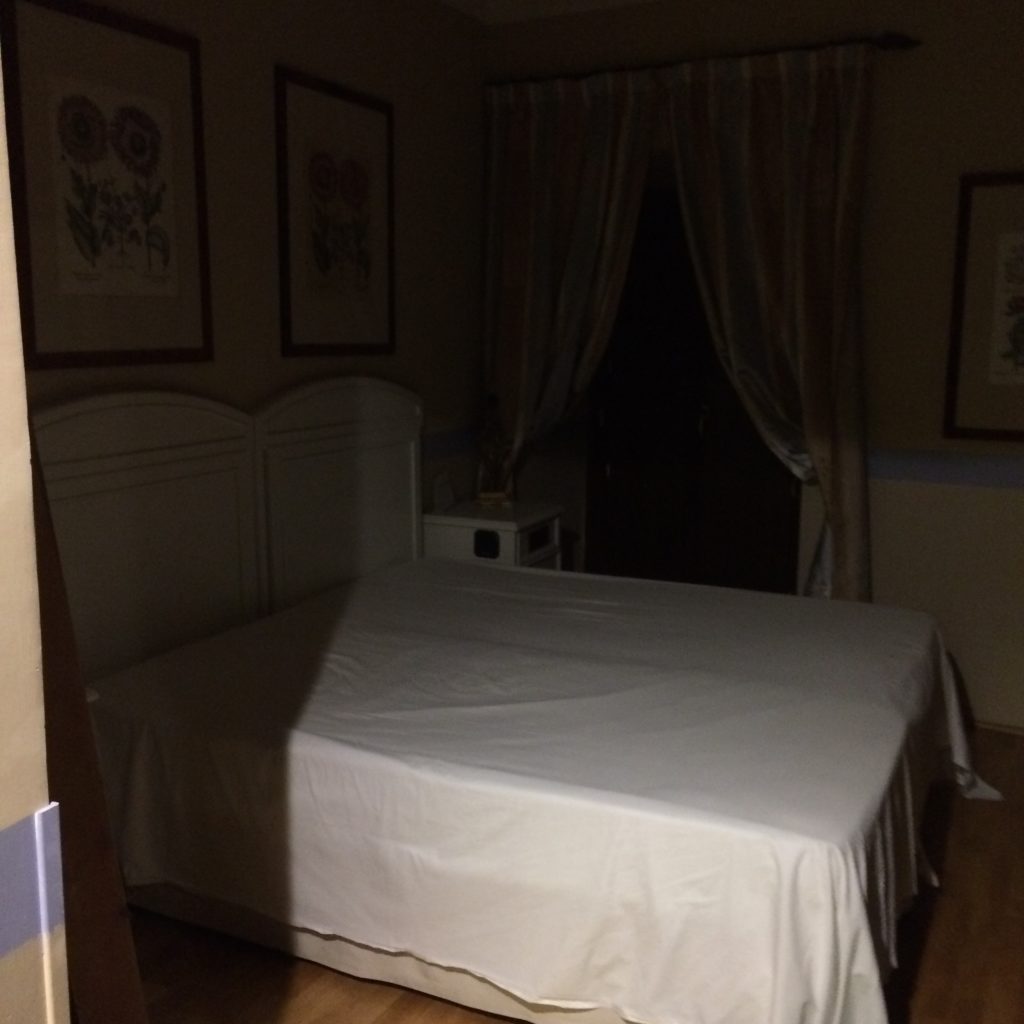 I mean if you’re going to remodel, don’t you take down the pictures and remove the furniture? Who is that bed waiting for? Or what? On my last day I asked an English speaking desk clerk what the deal was. “Oh, they are fixing it up” was all he would say. I’m both relieved and a little disappointed that he didn’t say “Ohhh… we don’t let anyone in that room — not after the murderrrr….”

And is it the fever dreams or is my name in the wallpaper? 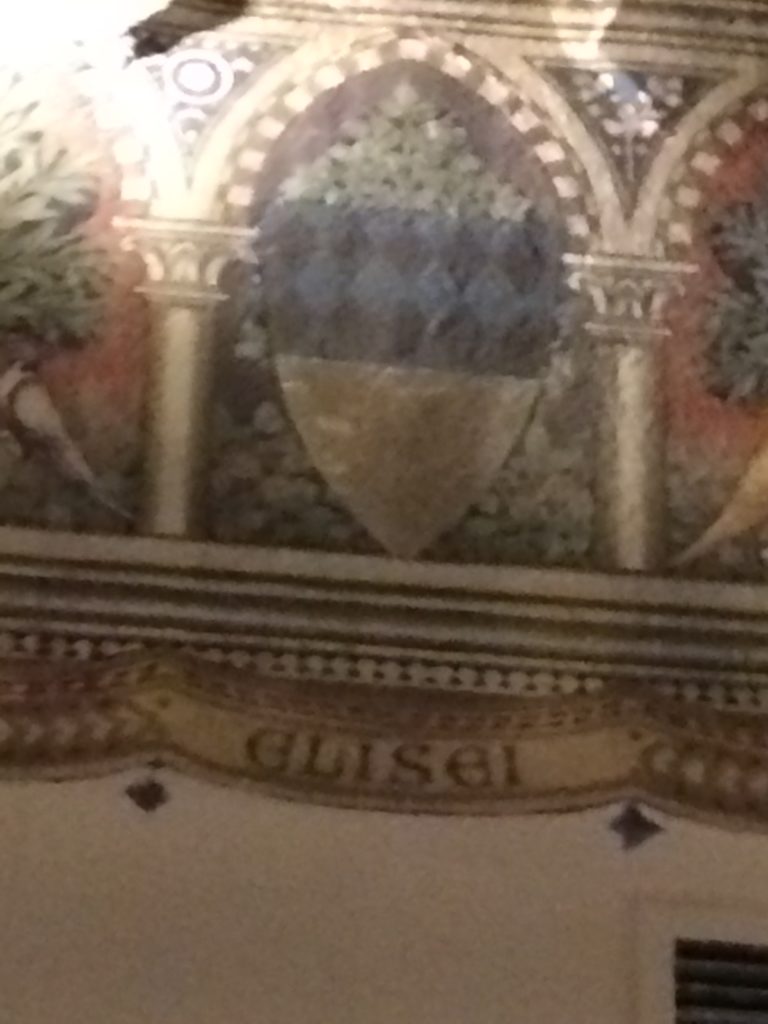 I like catfish. Sure, we all like catfish, but I think for me it is somehow deeper.
View all posts by Kiki Maraschino →
This entry was posted in Italy, Uncategorized. Bookmark the permalink.