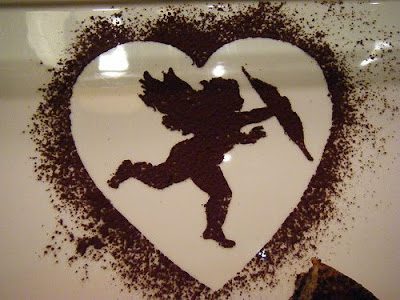 On Valentine’s Day the one gift I wanted to give Bob was the experience I had had at Rivera. I wanted him to be amazed by the snails and delight in the piquillos rellenos (STUFFED SPANISH PEPPERS, CHORIZO, GOLDEN RAISINS, GRUYERE).

There was a prix fixe menu, so I ordered those two dishes in addition to our dinners. I also tried a flight of infused tequila. The cucumber-serrano was so refreshing, and the pomegranite was YUM. The grapefruit was a little shocking on the palate right after the chiles.

We were brought an amuse bouche of duck carpaccio that set your mouth on fire. This was no gentle introduction into the meal. There was no lightening up for new diners or your grandmother. This carpaccio said, “You are in MY house now! Prepare yourself for a meal unlike any other.”

The first course was a cooling and refreshing follow-up, fresh, gigantic shrimp alongside a mint sauce and a salad of melon and cucumber.

Shrimp in the sushi-style cooler 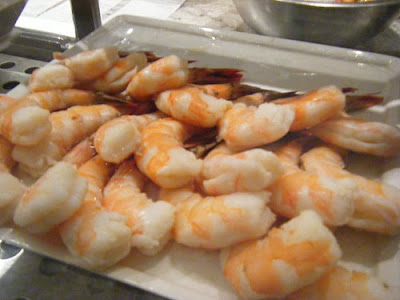 I had promised not to take pictures. This evening was about us. I was not on the clock. But of course I just couldn’t stand it. when I saw the beautiful filet mignon with celery root puree I had to take out my little point-and-shoot. At that very moment John Rivera Sedlar came out to say hello and totally busted me! 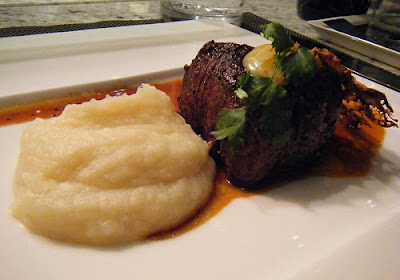 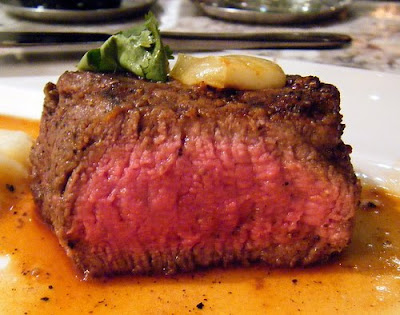 The dessert was a whimsical delight, with a cocoa powder cupid on the plate. John said it was really hard to find Cupids and they eventually had to download one off of the internet. The gateau was filled with pine nuts, with whipped cream and rhubarb sauce. 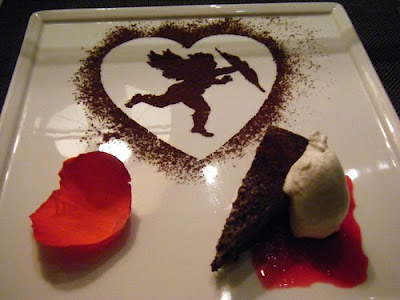 We retired to the bar to open up the table and I enjoyed a tequila mujer, the perfect ending to a perfect meal. 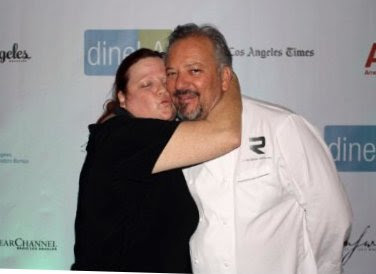 I like catfish. Sure, we all like catfish, but I think for me it is somehow deeper.
View all posts by Kiki Maraschino →
This entry was posted in downtown, Spanish. Bookmark the permalink.