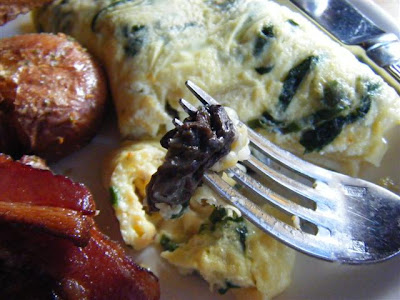 Wednesday morning we met the sisters for breakfast at Lola. It was a nice atmosphere for a group – the room is large and open. The sadness was overwhelming, but it was comforting to be together, and when my mom picked up the check everyone was genuinely touched. Sometimes it’s those little acts of kindness that give people comfort. 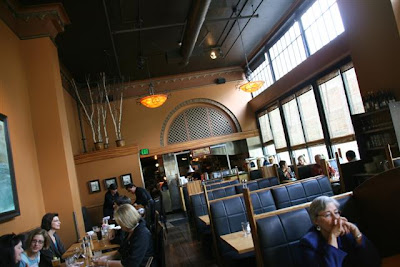 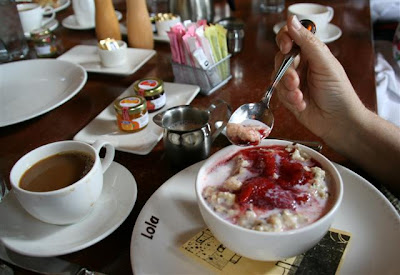 The menu had a lot of exciting-sounding options; Tom Douglas even dared to put octopus with pork belly on the breakfast menu. “Tom’s big breakfast: pacific octopus hash, sweet pepper, summer squash, pork belly, sunny egg 16” It was tempting but I went traditional. 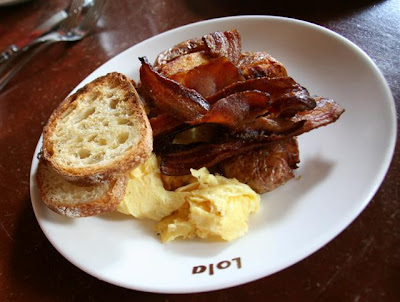 The smashed garlic fried potatoes appear to have been bashed with a giant cast iron pan and then thrown in the deep-fryer. 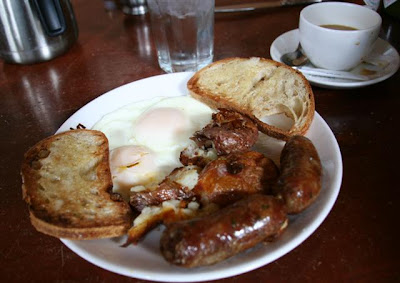 They are known for their fresh donuts, which were exciting. But I had them for “dessert” and maybe they would have been better hot. The strawberry jam and marscapone allowed you to make your own jelly donuts. 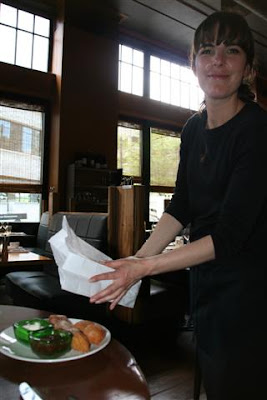 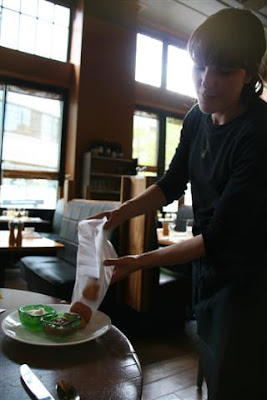 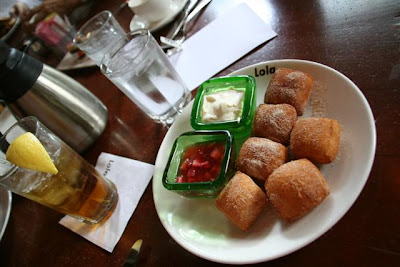 We enjoyed breakfast so much, we went back on Thursday. I was tempted by the morel, ramps and fontina omelette. This is the Pacific Northwest, and the morels were unreal. 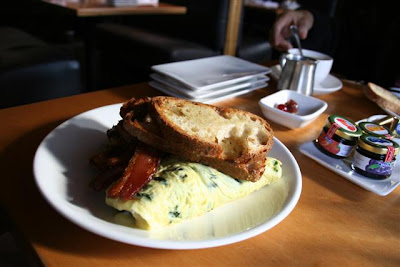 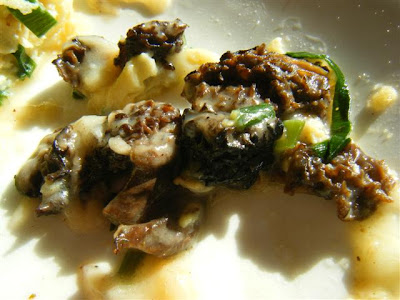 I like catfish. Sure, we all like catfish, but I think for me it is somehow deeper.
View all posts by Kiki Maraschino →
This entry was posted in breakfast, seattle. Bookmark the permalink.