Back in Seattle Again: Monday 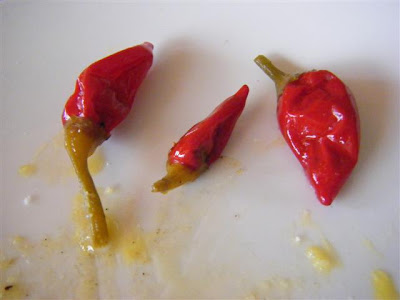 I flew back today for Lillian’s memorial service. I brought my mother along this time, both to pay her respects and so we could spend time in Vancouver to meet up with relatives. The flight was quick and easy – I love love love Burbank airport. Getting our rental car offsite at the airport was a total bitch – I hate hate hate SeaTac. 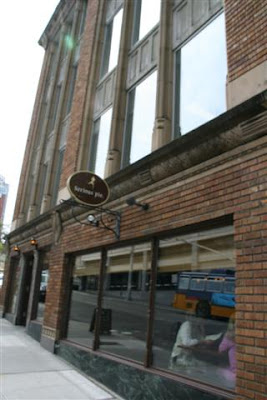 I knew my first stop had to be Serious Pie. Nonetheless I wasn’t going to hunt it down…we were just too exhausted. But as we were looking for our hotel parking lot we blew right by it. So we walked a few blocks over and I was able to have my dream realized. I let my mom choose the pizza. She played it safe with the margherita, a slight disappointment when I was so tempted by the sausage and cherry peppers, or Yukon gold potatoes.

But I was able to go a little wild with a seasonal appetizer of artichoke and house-cured pancetta with capers covered with an over-easy egg to break over the top. The fat of the yolk balanced the acidity of the vinagrette on the artichokes. It really is the conceit of the moment, sorry JG. And it works. I love breaking the yolk. Beauty in destruction. The glory of the oozing. Sigh. 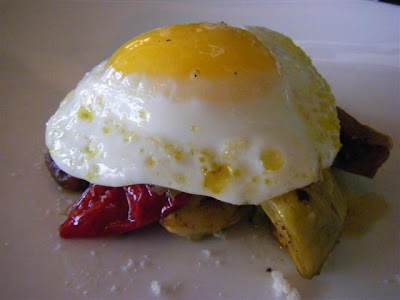 The pizza crust was slightly thinner and crispier than on the chanterelle pizza I had gone batshit over last February. Everything was as it should be. I noticed the menu had changed seasonally from February to May. 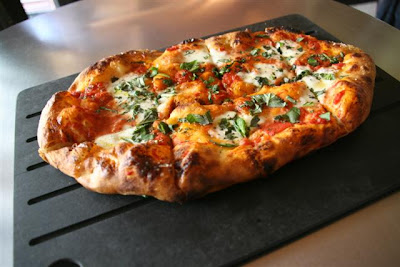 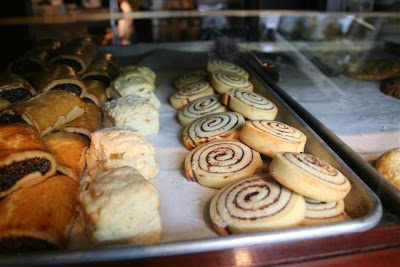 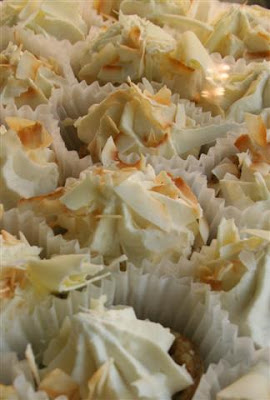 We headed back to the hotel for a nap. We were given a corner room, with buses and road construction on both sides. And a dog park! Yowling, fighting doggies in addition to the honking, screeching traffic. I called down to see if they had an interior room available. The desk person said, “You ARE in the city, you know.” Ohhh, I am such a hillbilly from the sticks I am only used to the lowing of the cows and the cock’s crow. Well, I’ll tell you this – my hotel on Times Square was not this noisy. But once my head hit the pillow I slept like a baby. It’s amazing what one can do with a little help from earplugs and Pfizer.

I woke up around 6 wanting only a simple bowl of soup. we decided to walk down to Tamara Murphy’s Brasa, because it might as well be one hell of a bowl of soup. We were led astray by a DineLA-ish 3-course meal for only 30 dollars. 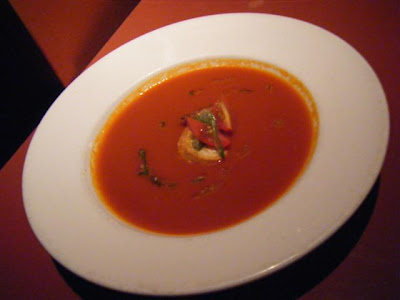 We both started with the tomato soup. It was clean, pure and comforting. My only issue is this thing about finishing soups with a drizzle of extra-virgin olive oil. I am not a fan of olive oil in my soup.

I ordered the Papardelle. It was a little under-seasoned. Maye a lot under-seasoned. It was nice to let the purity of the vegetables remain intact, but I was thinking what a difference a few more shavings of Parmesan would do. Just then I found a hidden stash of Parmesan that must have been pushed to the middle as we split the dish. It really did make the dish sing (did I just say that? I am such a dork). 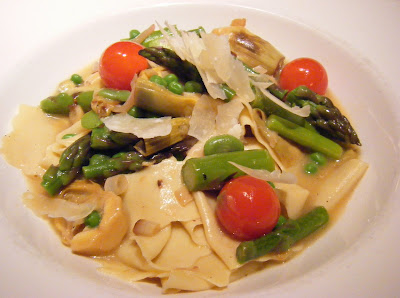 The cassoulet-inspired rabbit was generous in portion and cooked to the exact right moment of doneness. Surrounded with bits of thick-cut-bacon and pork belly, it was in its element. It was like when God made rabbits, He said, “By the way, they go really well with pork belly.” The texture of the white beans and bitterness of the kale rounded things out. 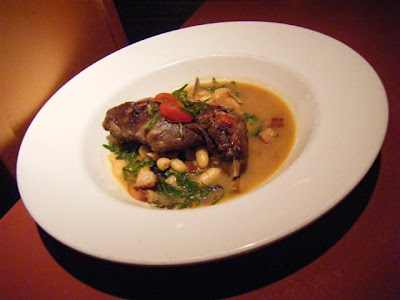 We both ordered the trio of gelato. The dark chocolate was a step up on the usual, the strawberry was the berry reduced to its most intense, and the vanilla – wait, that’s not vanilla…it has that creme caramel, dulce de leche feel. Mmmmmm, caramel gelato! In a precious quenelle. The butter cookie could have used an additional spice, but butter is butter, after all. 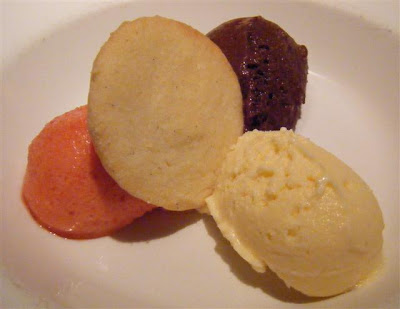 The food was just so honest and clean. Every dish was well thought-out, with not one ingredient too many or too few. Nothing was extraneous. Even the bread was all that it could be. The employees were all friendly, as people in this level of restaurant tend to be. Our waiter was hesitant and distant until we engaged him, and then became very friendly. The room was comfortable, and invited a slow, langourious meal. 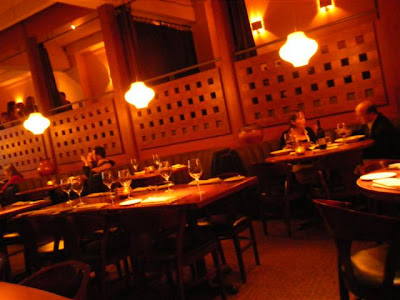 So now I sit here in my room, watching the rain illuminated by a streetlight, the wind howling like a haunting, feeling perfectly content and safe.