New Orleans Monday: I’ve Been Rich and I’ve Been Poor – Rich is Better 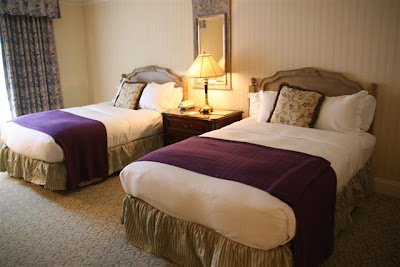 Even when I can’t afford a nice hotel for the entire trip, I like to pamper myself for a few days when I can. The Ritz Carlton was only $150 a night during the weeknights. So we were suddenly ensconced in pure luxury. There was a huge bouquet of roses in the lobby the size of a VW bug and I thought at first they were fake, then I realized, “If they don’t have real roses at the Ritz, where would they?” so I went and smelled them and yes, they were real. The room was in a dark corner with no view, but those are usually my favorite rooms because they are so quiet. 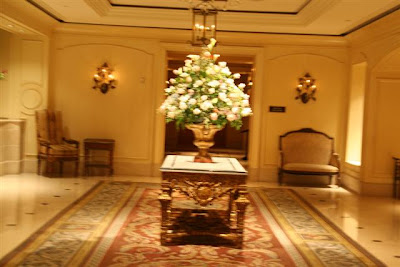 Other than the opulence, one benefit of the Ritz is its location at the edge of the quarter. One block away were oyster competitors Felix’s and Acme. Felix’s has shrunk in size, occupying less than half of its previous square footage. 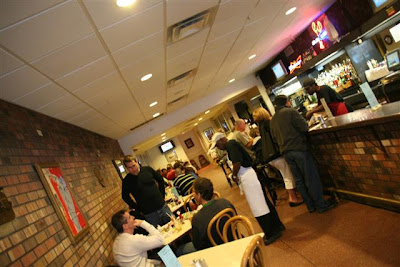 I have never liked oysters, but I have never stopped trying to like them. I have eaten them raw, fried, barbequed, really every Bubba Gump way and in every big city that is supposed to be famous for oysters. I just never liked them – it’s that green stuff in the middle. But I had heard good things about the barbecued oysters at Felix’s and I wasn’t quite ready to give up on them just yet. Swimming in garlicky butter and smoked to a tender consistency, they finally did it. I LOVED these oysters and ate three – a record. I would have eaten all of them, but I had to share. 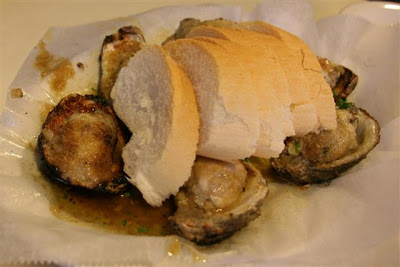 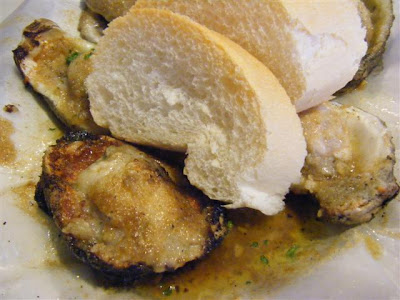 Plus we had also ordered a catfish po’boy and a soft-shelled crab po’boy. Lately all of the soft-shelled crabs I’ve tried have had a too-tough shell. But c’mon, this is New Orleans, the home of amazing soft-shelled crab. Damn it. They just weren’t as papery and melting as they are in my memory. 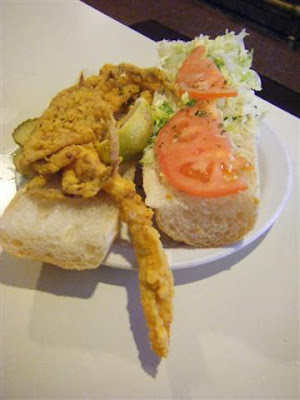 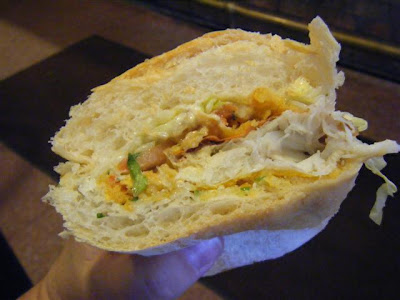 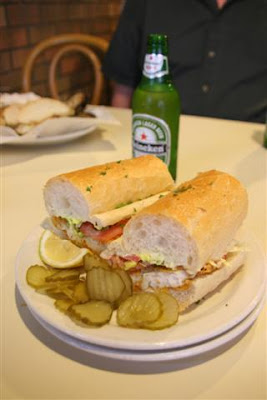 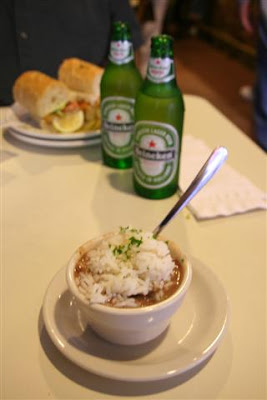 After a walk around and a nice massage back at the hotel, we stopped in at the Bourbon House for a dessert. Because Felix’s and Acme aren’t enough oysters for this corner – the Brennan’s had to represent. The trifecta of mousses was good, but the white chocolate was the best. 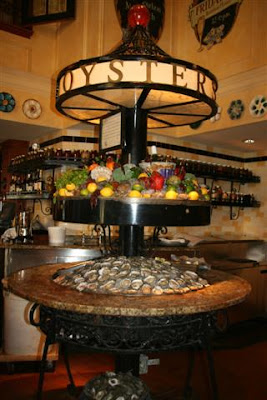 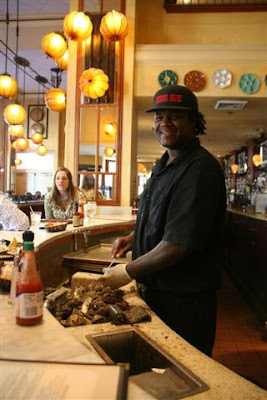 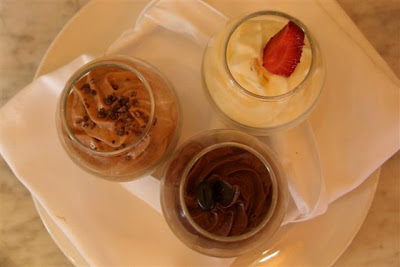 I like catfish. Sure, we all like catfish, but I think for me it is somehow deeper.
View all posts by Kiki Maraschino →
This entry was posted in New Orleans. Bookmark the permalink.