We met up with Anne and Ed and pushed our way upstream to Beecher’s where I ordered a grilled cheese sandwich with crab and a small mac and cheese. 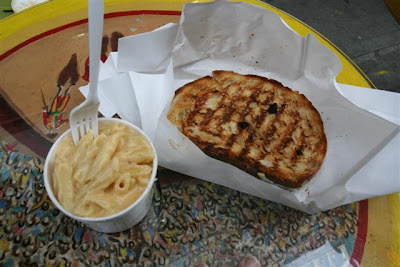 The mac and cheese was amazing — as always, with a bigger cheesy sauce to mac ratio than I remembered. The crab on the sandwich was just gilding the lily really. Dungeness crab is a little fishier than the blue crab I’m used to. 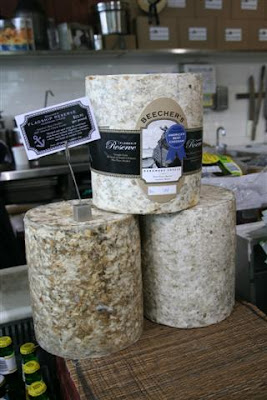 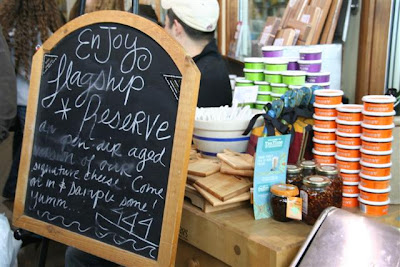 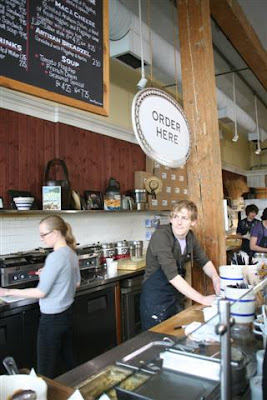 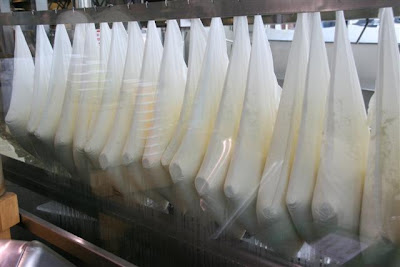 Anne and I went for a walk along the little cobblestone side streets. We startled a group of pigeons, and they fluttered over our heads. One fell short and hit me right in the face. Just like Fabio on the rollercoaster. We were doubled over with laughter. As funny as it was for us, my friend Ellin later pointed out, “I bet that pigeon went home and was like, ‘You won’t believe what just happened to me!'”

Anne and Ed had Thai food, which looked good enough, then they headed back to the hospital. I noticed we were right next to Cafe Yarmarka Even though I was stuffed, I placed an order for a combination to take back to the hotel for dinner. And a few Eastern European cookies for good measure. 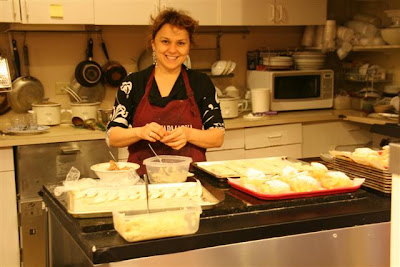 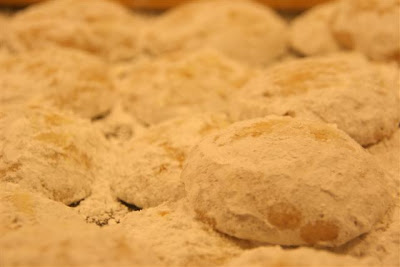 Eartha was coveting my mac and cheese so she and I headed back to Beecher’s but they were all out. Denied! I picked up some of their Flagship cheese and Cowgirl Creamery triple cream to take home as well. In addition to the usual guava paste they had a variety of fruit pastes and I couldn’t resist the apricot.

We added some lovely raspberries and perfectly ripe blueberries to the growing grocery bag. I made a fatal error in not picking up a loaf of bread somewhere. 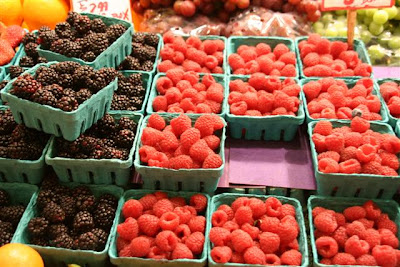 But then I spotted the Roadfood-recommended Crumpet Shop. Sadly there was no bread or scones but we got a pack of crumpets. We ordered an open-faced pesto sandwich out of curiosity. It was a little disappointing. 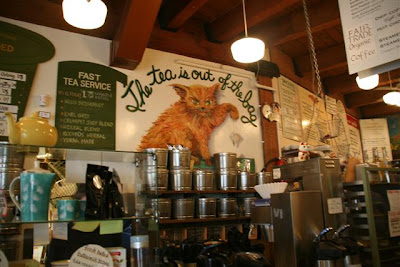 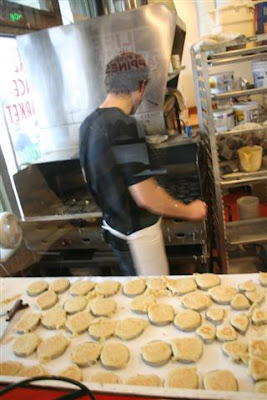 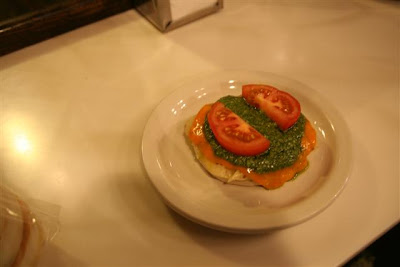 I asked Anne to bring some crackers to the hotel when they stopped in at dinnertime and we all had a nice Pike picnic. The meat pierogie were a tad spicy but far better than the potato-cheese, in which the cheese was barely discrenable. I wish I had gotten some dufferent pastes and another wedge of Beecham’s cheese to pack in my suitcase. 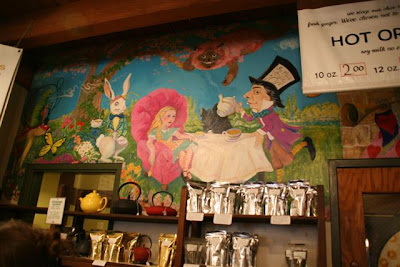 I like catfish. Sure, we all like catfish, but I think for me it is somehow deeper.
View all posts by Kiki Maraschino →
This entry was posted in pike place, seattle. Bookmark the permalink.